Jeep has taken the wraps off the Renegade facelift in the Brazilian market with subtle cosmetic changes, some feature updates, and a new 185 Hp flex engine. 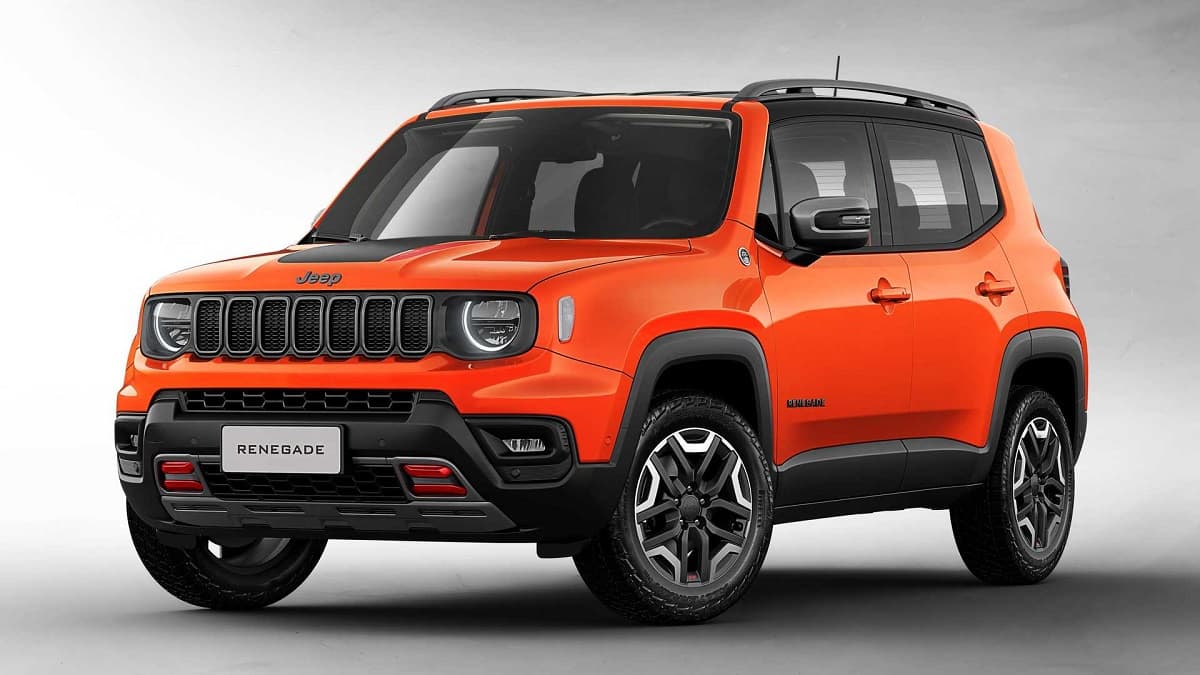 The Jeep Renegade is the entry point to the brand, and the SUV has now received its second facelift. The updated model has been unveiled in the Brazilian market and will soon make its way to other countries as well. With this facelift, the Jeep Renegade gets a cosmetic makeover, along with a host of other changes.

The SUV’s front face now gets a slim grille, while the headlamp cluster also sees some revision with circular LED DRLs. Lower down the face, the bumper also sees some revision. Since the bodyshell remains the same, and hence, the silhouette of the Renegade continues to be boxy as usual. The only change that can be seen on the sides is the new design for the alloy wheels. Talking of the rear face, it also sees some change in form of updated tail lamps and reprofiled bumper.

While not a lot has changed on the inside of the Renegade facelift, it now comes with a larger 8.4-inch touchscreen infotainment unit with Android Auto & Apple CarPlay tech. The steering wheel is also new, and it comes from the Compass’ part bin. Moreover, the instrument console is now a 7-inch digital unit. However, rest everything on the Renegade’s cabin remains like the pre-facelift model.

Under the hood, Renegade facelift features a new 1.3L T270 turbo-flex motor that develops 185 Hp of peak power and 270 Nm of max torque, and it runs on an ethanol blend. When used with petrol, it develops a rated power output of 180 hp. The Renegade will continue to come with all the existing petrol and diesel power plants, which the company offers in various markets. Gearbox options on the Jeep Renegade include a 6-speed MT, 6-speed AT, and 9-speed AT.

Earlier, the rumours have been all across the internet about Renegade’s arrival in the Indian market. However, the company is not considering bringing the Renegade to our shores now as it is turning out to be quite expensive in comparison to its rivals.