While GPS and GlONASS (Russia) still use the L1 band, the IRNSS use the L5 band, with 11 satellites orbiting India and 1500kms that surround it, while there is still some time before this technology comes to mobile phones it will find a place in India’s Automotive Industry as VTS with NaVIC could soon be made mandatory 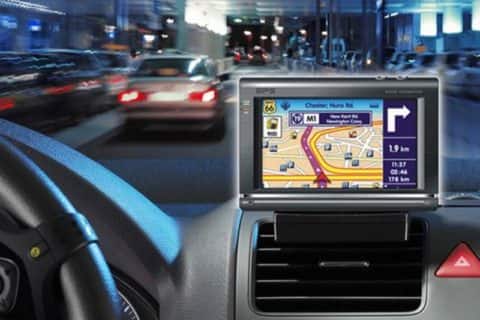 GPS: The navigation system that we take so granted on our phones and in our cars, it was originally developed by the United States government for the Air Force by launching satellites via the space program. It was a spacecraft that made it possible for people to stop asking for directions. (Image: Autointhebox)

The Made-in-India, for-India GPS system is here. India could soon be mapped and navigated, independent of the US-based GPS or the Russia based Glonass navigation satellites. The India Space Research Organisation’ (ISRO) Indian Regional Navigation Satellite System (IRNSS) that goes by the operational name NaVIC, will soon be able to transmit to some navigation devices in India. A strong contender in the semiconductor industry Ramakrishna Electro Component or REC have launched a Vehicle Tracking System or Module, that can relay signals from the ISRO IRNSS satellite. The REC ULTRAQ Brand will be one of the first Indian companies to use an Indian homegrown satellite module for data and interpretation, giving Indian customers an alternative to the American made GPS or even the Russian made Glonass.

REC has launched two ULTRAQ modules, namely, L100 & L110 which will soon go into mass production for India. The VTS module was developed almost entirely in India with the help of a European firm by the name of ST MicroElectronics and China-based Shanghai Mobiletek. Express Drives got in touch with the RECs Application Head, Mr Sandeep Sindhu to find out a little more about the ISRO’s NaVIC and their navigation module.

GPS VS GLONASS VS IRNSS (NaVIC)

What is the difference between GPS, Glonass and IRNSS(NaVIC) for India

GPS is the American Satellite system which uses 32 satellites orbiting the earth to track and relay data to a variety of handheld devices. GPS uses a frequency known as L1. GLONASS is a Russian made satellite system largely on the lines of the GPS system. Glonass also has a global range and uses the L1 frequency for relay. The Indian Regional Navigation Satellite System is quite unique in comparison, with a satellite constellation size of 7 that track only India and an area of 1500 kms around it. The IRNSS satellite relays on the L5 band. With plans of an upgrade to an 11 satellite constellation, IRNSS could soon be accurate to 2m. Almost 10 times better than GPS average accuracy of 20 metres. At present, however, one can still expect an accuracy of 10-12 metres. 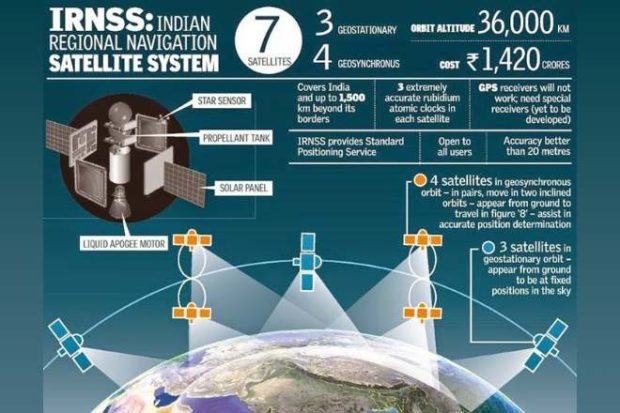 Devices that will use Ultraq’s NaVIC System (IRNSS)

At present RECs module, is not small enough for mobile devices, in the immediate sense the ULTRAQ l100 and L110 will be largely used for handheld GPS devices and most importantly VTS or Vehicle tracking systems. The REC sees the VTS industry as one of the larger emerging Industries that could use the Ultraq module with NaVIC relays. With the satellite density considering the size of the mapping region one could expect more steady signals and marginally better accuracy. Mobile chipsets are likely to follow in the future.

Does the ULTRAQ range have any price benefit over standard GPS modules?

At present, the Ultraq is not being manufactured at the same scale as the GPS modules. Which means that prices for both the modules are more or less at par. Once more the Ultraq and more companies join in this process, we can see more and more devices running from the Indian satellites’ positioning signal.

Can Car and Bike OEMs participate?

We think that since the module is India specific and most cars that are made and sold in India rarely leave the 1500 kms radius of the IRNSS’ range. This would be a great alternative to GPS and a matter of pride, with Indian made cars that run Indian made navigation modules with information from an Indian made Satellite. The sheer size of the Indian automotive industry almost guarantees the scalability of this technology. Making it more readily available to the masses. With talks of the government looking to make the IRNSS mandatory at least for Vehicle tracking systems, this could be a reality sooner than later.