The driverless bus made by students at LPU (Lovely Professional University) uses renewable energy that is delivered with an electric motor and solar power. With this set up, the bus can manage to reach a top speed of 30 kmph. All details here. 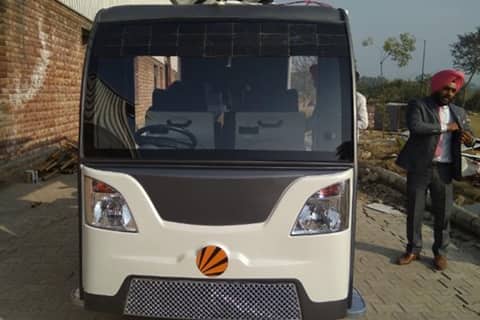 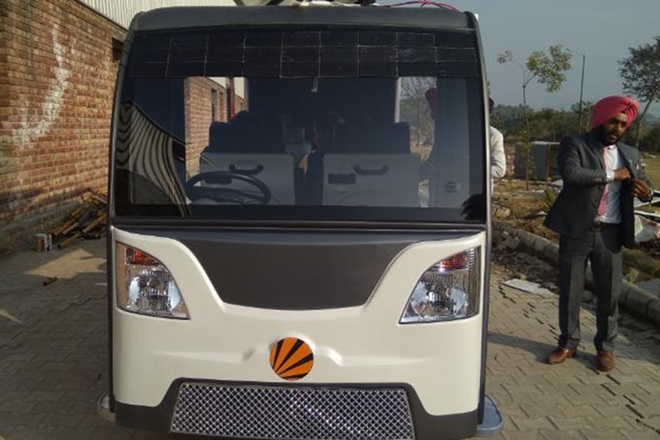 Students at LPU (Lovely Professional University) have developed India’s first driverless, solar-powered bus. The vehicle was showcased at the 106th edition of the Indian Science Congress (INC). The said event was inaugurated by the Indian Prime Minister, Narendra Modi yesterday. The bus was used to ferry Modi to the event on Thursday. The said smart bus will reportedly enter into commercial services towards the end of this year. The bus has been made by over 300 students from mechanical, computer and electrical engineering with assistance from professors of the college. The driverless bus uses renewable energy that is delivered with an electric motor and solar power. With this set up, the bus can manage to reach a top speed of 30 kmph and can travel up to 70 km per single full charge. The bus has a capacity to seat 10 to 30 people.

The driverless bus is also a smart vehicle due to the fact that it uses GPS and Bluetooth technology. All thanks to this, the bus can be controlled within a radius of 10m. It took close to 12 months for the students at Lovely Professional University to programme the bus and it has been made driverless as it uses wireless signals that are detected through ultra-sonic and infra-red sensors.

With cities like Delhi currently facing a serious air pollution issue, such environment-friendly buses might just be the vehicles that could contribute to bringing some relief in terms of the air quality. Also, such vehicles can also be used at airports, industrial complexes and other such locations that need low range pollution-free vehicles. The price of India’s first driverless, solar-powered bus has also been revealed and it has been kept at just Rs 6 lakh per unit which is indeed quite competitive. Now what remains to be seen is if other manufacturers also bring something of this sort in the market. LPU has managed to price the bus well and the figure might set a benchmark for commercial automakers in the months to come.