Independence Day 2017: How Indian motoring has come a long way since the dark days of license raj 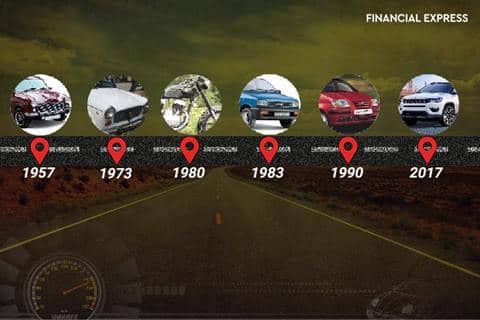 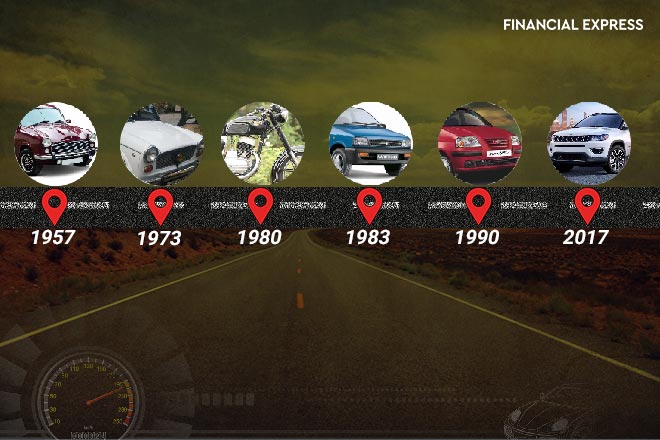 “Bina Car, Bekaar” is the old adage you might have heard plenty of times, but the fact of the matter is that in today’s world, you can hardly do without a car especially in our cities where public transportation is like the fabled Indian rope trick – something which few see and fewer get to experience. However, when India gained its independence in 1947, there were many who had seen the rope trick but fewer had seen a car. It was an era where people were still transitioning from animal transport to mechanised transported and undoubtedly as the greens would say, there were more of methane gases than NOx – the green brigade has never been a happy lot.

One must note that it is not difficult writing about the motoring history of India, because thanks to the ‘licence raj’ regime, set up in 1952 by the Tariff Commission, you needed to get licences for everything and could only make in limited quantities – something that was never applied to population control in India, with disastrous consequences which one sees now. Rest of Indian motoring history is typically like Idi Amin’s regime – appease the ruling class, get your permits and naturally you had a monopoly. So who suffered? The Indian Masses, who had to drop the ‘m’ in front to become something else. I mean, wait 20 years to just get a scooter, whose technology was 40 years old by the time you got it? Or to get a car in the 1970s, whose technology came from the 1940s or 50s, depending on the model you bought – the Indian customer never really had a choice.

But we are digressing at this point – let us get back to the motorcar and its peers in 1947. Hindustan Motors (HM) had just been set up in 1942 by the great industrialist Ghanshyam Das Birla, who wanted to bring Morris cars into India. So far, Morris had been hugely popular as a car to carry your family around including the dog and even a small cow if you so desired thanks to its rounded shape. Believe it or not, the Morris Oxford brought in by HM in 1956 was produced till recently as the good old Ambassador with minor grill changes and one engine change – just shows how resolute we are as Indians; no wonder the British decided to leave us alone after the Second World War – a war which they just scraped through with 40% marks, otherwise Germany would have whipped their bottom sides.

Other manufacturers sprang up like Premier, which again managed to assemble old Fiats in various avatars till a couple of decades back when they realised that you cannot peddle antiquated wares forever, no matter the engine that you used had its origins in the 1950s and Ferrari is owned by Fiat. Most Premier 1100s, President and Padmini models anyway sounded like Ferraris because their exhausts would tend to rust within a couple of years and everytime you revved or shifted gears, you could feel the virtual presence of high lift cams – oh that sweet sound! An average of 45bhp of power from these 1100cc engines meant that you could not run the car and its air-conditioner at the same time. 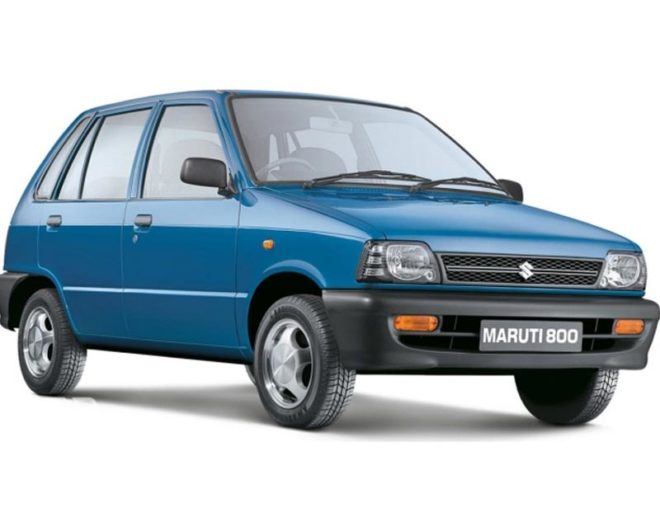 Then there were the other alternatives and oddballs, who had people putting their hard-earned money on cars, which were spectacular failures even in their home country. A case in point is the ‘Badal’, which was based on the Reliant Robin and production started by a small company called Sunrise Auto Industries, later to be known as Sipani. The Badal was a three-wheeler car, notorious for its CG and intensity to flip over. Sipani later made the Montana, a 4-wheeler to take on Maruti in the early 80s, but a two-door car with a badly made fibreglass body could not take on the well-finished Japanese Suzuki that was just debuting in 1983 and came with a working 800cc engine, and even had such luxuries as an air-conditioner, a radio and a tape player. The Maruti 800 Dx (Deluxe) model also came with seatbelts at that time, which people could use in place of a trouser belt. I remember someone tell me in 1984 (I was 11 at that time) that they had cut the seatbelts to make amazing pyjama ‘naras’. So was the fate of seatbelts in India.

One car that we have not mentioned here is the Standard Herald. The Standard Motor Products (STAMPRO) had been incorporated as far back as 1948, to manufacture Standard Vanguards in India, followed by the Standard 8 and the Standard 10. Following Indian motoring legacy, wherein car models were not changed for decades, the company in 1961 brought in the Triumph Herald as the Standard Herald. A beautiful looking car with a raspy exhaust, the innovation of the car was that you only needed to undo a few bolts to take the top off and make it a convertible! In the name of improvisation, the car underwent a lot of changes, with even a 4-door model being made on a 2-door chassis to appease the great Indian family, which by then was getting kind of weary of the car. Finally, in 1978, the last avatar of the Herald, known as the ‘Gazel’ was phased out.

But Standard Motors came back with another brilliant scheme in 1985. It started making the hugely popular Rover SD1, as the Standard 2000 in India. Never mind the fact that whilst in UK the SD1 came with V8s and in-line 6 cylinder engines, or at the very least a modern 4-cylinder but what was dished out to unsuspecting Indians was an impotent 83bhp Standard Vanguard engine running through an antiquated 4-speed gearbox, which had quite a tough time moving the 1,335kg behemoth. Naturally, it died out quickly enough.

Dynamics of the market changed when in 1983, the first Maruti 800 keys were handed over to Harpal Singh of Delhi, by none other than then Prime Minister Indira Gandhi herself. Here was a car that was small in size, with four doors and which perhaps for the very first time brought reliability into Indian made cars. It could also run air-conditioning, which though not very effective was at least better than the sweltering heat outside. What is interesting is that initially, Suzuki was not even in the fray of being a partner to Maruti, with Daihatsu widely tipped to be the new partner. But as luck would have it, Suzuki became Maruti’s preferred partner and the rest as they say is history. Naturally, being a Government initiative, Maruti-Suzuki enjoyed special privileges and any other company who wanted a ‘licence’ to manufacture cars was not allowed to do so whether it was the Escorts group for the Renault 2CV or Tata with the Honda Accord.

It was only in the 1990s, after Maruti-Suzuki had enjoyed an unhindered run for over a decade, could other automotive companies come forward to manufacture cars, even as a wave of liberalisation started with Manmohan Singh as Finance Minister in the P. V. Narasimha Rao government. Soon, multinationals that had run away from the country in the 1950s with their tails between their legs came back again with names like General Motors, Ford and Fiat back into the fray. Companies like Hyundai, Daewoo and Honda also came into the country to start their innings and so inspiring was the process that even Tata decided to make a car called the Indica.

Companies like Mercedes-Benz were back in India officially. They brought in their latest products then – E220 petrol and E250 diesel. These cars at then unheard price of 20 lakhs plus, used to come with cloth upholstery. Leather was an option of INR 2 lakhs and if you wanted a stereo in the car, an official Blaupunkt set with a tape player was INR 1.24 lakh. CD Changer another 50k extra! Such was the pricing… 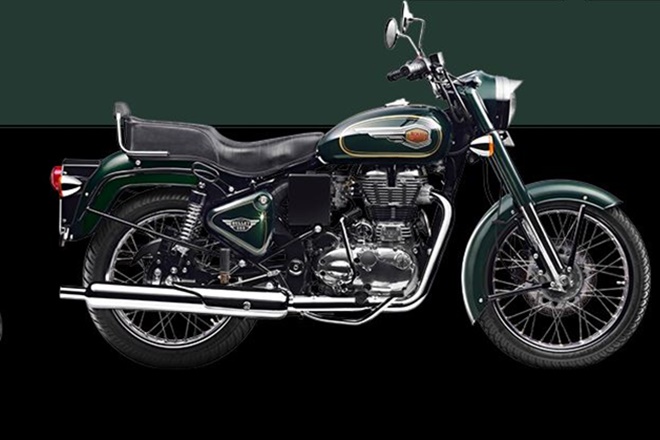 In two-wheelers also, there was not much available besides the old Bullet and Yezdi, from Ideal Jawa of Czechoslovakia of that time. Rajdoot from Escorts had also been hanging around for sometime, and together all these companies took us for a long, bumpy ride. It was only in 1984 that the Japanese big four came to India and together Honda, Suzuki, Kawasaki and Yamaha taught us how to make fuel-efficient bikes, which could go the distance. An ode here must be made to the Rajdoot Yamaha RD350, which was perhaps the best bike to be ever manufactured in India. There never has been, or never will be another RD350.

Fast forward to 2017. General Motors has run away again, Daewoo died a slow death, the Ambassador, the Premier Padmini, the original Maruti 800 are all gone and every big car manufacturer wants to be in India, though everybody is wary of India’s Mickey Mouse automotive policies. The Government of India thinks that the Indian Automotive Industry needs to be milked further whilst environmentalists think that the Indian Automotive Industry should be punished further. Together they are trying to throttle an industry, which provides one of the highest numbers of jobs of any industry and brings in a lot of revenue. Mamatadi proved that a white sari with a blue border and Hawai Chappals could stop any progress in the Indian automotive industry. However, this has not stopped companies like Kia from coming into the country and they are very optimistic in their outlook that they will make a success out of India. Well, more power to them.

Actually, India’s automotive history is not very chequered post independence. Licence Raj all but killed off domestic car and two-wheeler production in India, and the Government’s protectionist policies in the 1970s and 80s killed all competition. Post 1990s, the industry started picking up again but once again the Indian Automotive Industry is under threat – from our law makers and from deemed environmentalists, who speak on technicalities like EGR systems, without ever having opened the bonnet of a car.

However all is not lost – India’s automotive future is very bright as it is poised on the edge of amazing technologies, even though driverless cars are still at least a decade away. But why the heck would you want a driverless car? That would be another story…

Author: Ranojoy Mukerji is an automotive writer, analyst and hedonist with over 20 years of experience in motoring journalism. He is also a passionate Car collector and his hobbies include fine single malt whiskies and cigars.