In pictures: Ultimate pub hopping in a TVR: From the world’s Northernmost pub to the Southernmost

Ben Coombs set off on 32,000 km journey from the Southernmost pub outside Antarctica to the one in the Northernmost bar at Tierra del Fuego in Chile in his 20-year-old TVR Chimera. 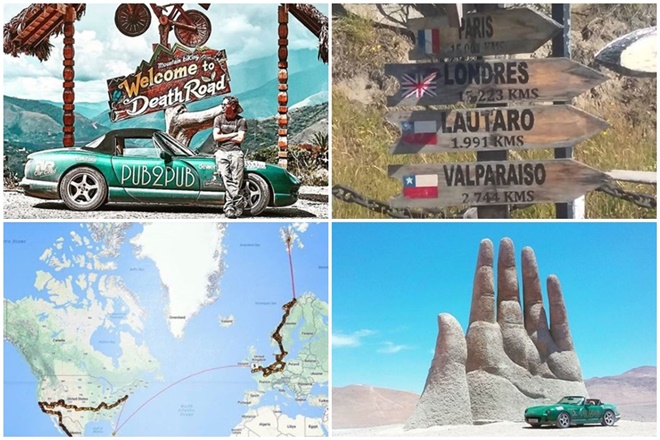 The ultimate pub hopping challenge – hopping from a bar at the Northernmost end of the planet to the one at the Southernmost end. Well, it won’t exactly be a ‘hop’ or even a 1.5 km wobbly stride. It will be a 32,000 km drive, which a man from the UK has successfully done, and even more surprisingly in a TVR Chimera. Ben Coombs, a Plymouth, UK resident, drove in his 20-year-old TVR Chimera from the Northernmost pub in the world, which is about 1,120 km from the North Pole, to the Southernmost bar located outside Antarctica. 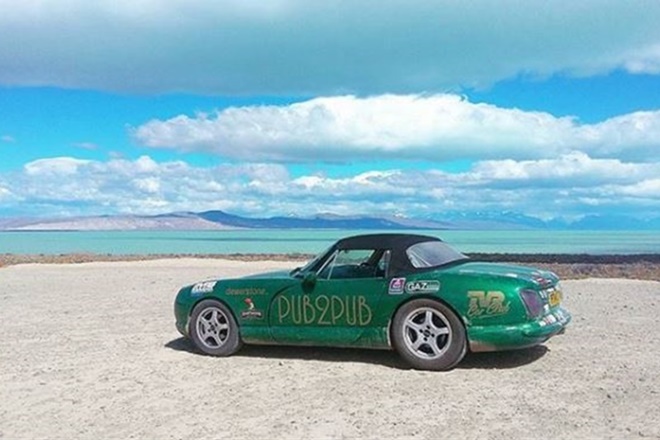 The TVR Chimera had to drive through 21 countries and across three different continents. The most Northern pub is located on the Norwegian island of Svalbard. 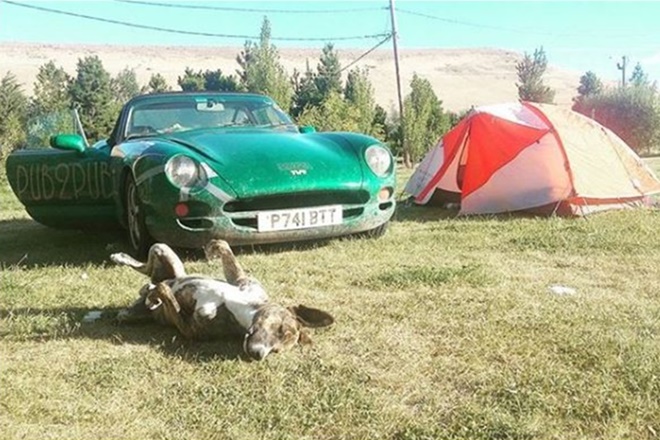 The Northernmost pub is located in a settlement called Pyramiden, which is an abandoned mining community. 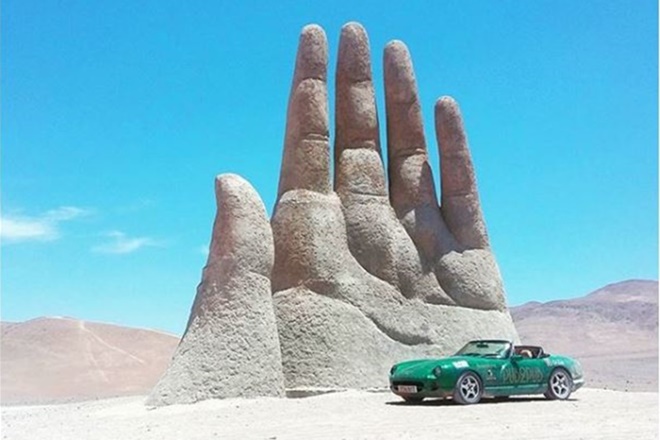 The only four residents of the settlement all live in the same hotel, which also has a bar. Pyramiden is the Northernmost settlement on Earth with a permanent civilian population. 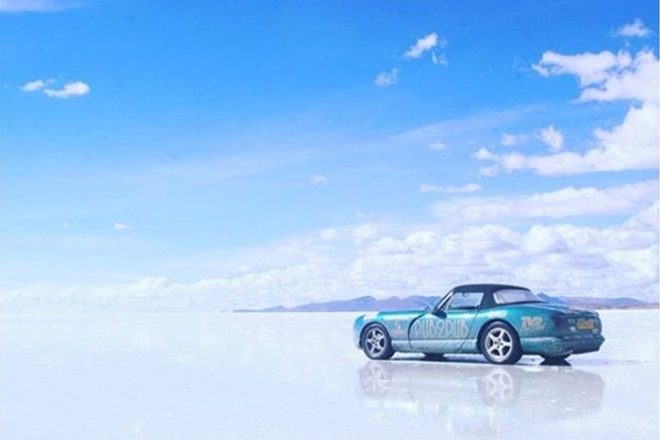 Coombs says that there were more pubs more Northerly to the one he visited, but most of them were at military bases or bars that weren’t accessible to the public. 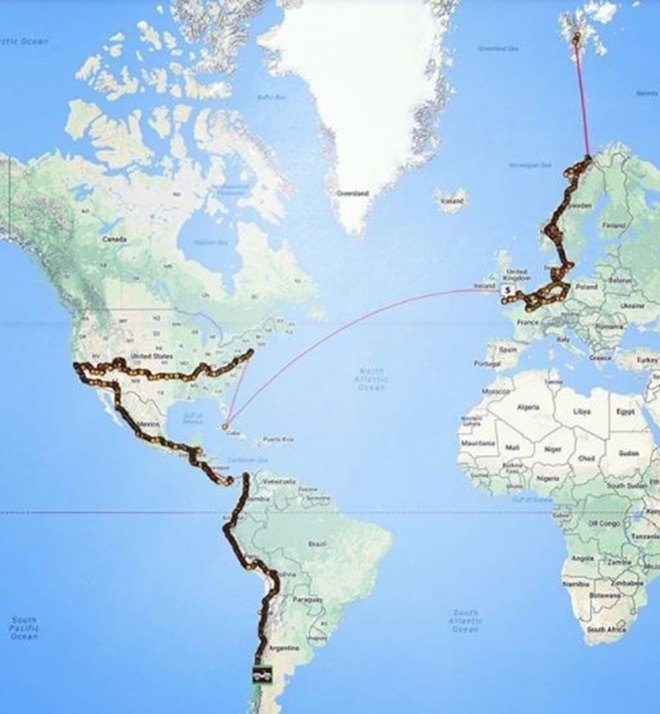 He, therefore, settled for looking for bars where any member of the public could walk in and order a drink. 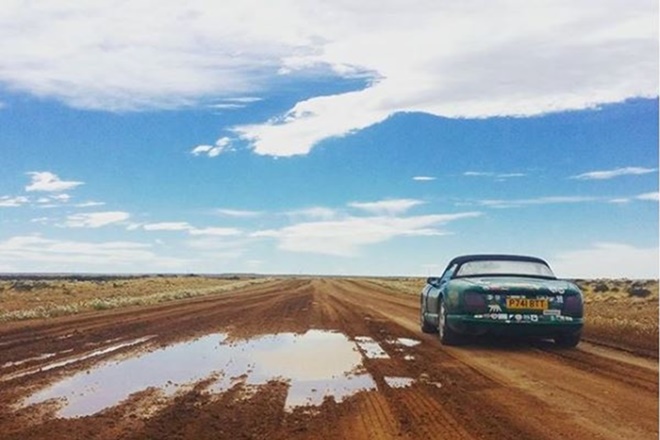 Pyramiden being the starting point of this epic adventure, Coombs set off on a 32,000 km journey from the southern hemisphere of the planet to the North in his TVR Chimera. 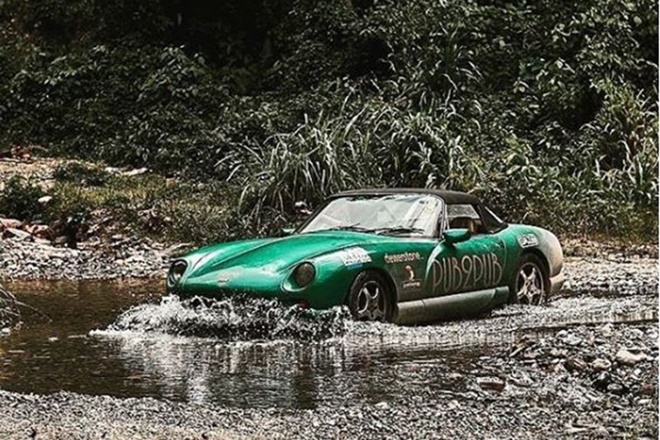 The Southernmost bar is located at Puerto Williams in Tierra del Fuego, Chile. Coombs says that the Southernly bar was a little difficult to access, but then he adds that it was the journey that counts, not the destination. 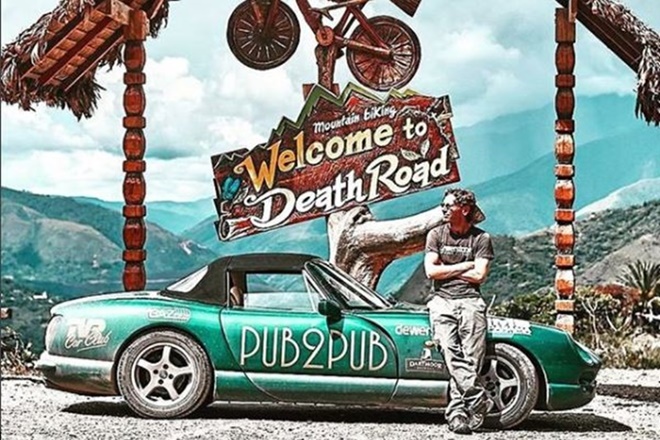 TVRs have not exactly had an image relating to reliability, but Coombs TVR Chimera did the 32,000 km drive without as much complaint as expected. It only needed one major repair when the clutch had to be replaced in Nicaragua. 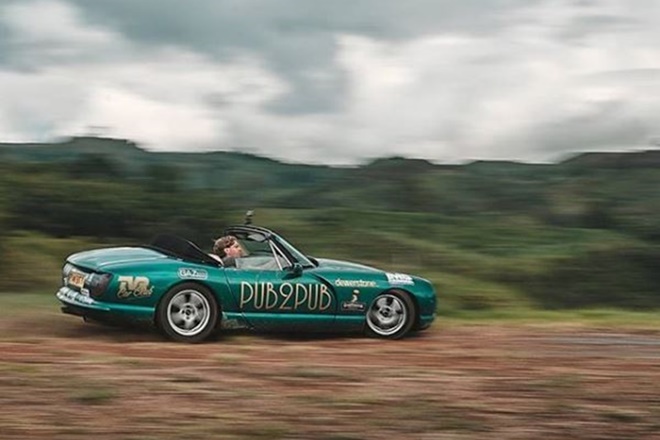