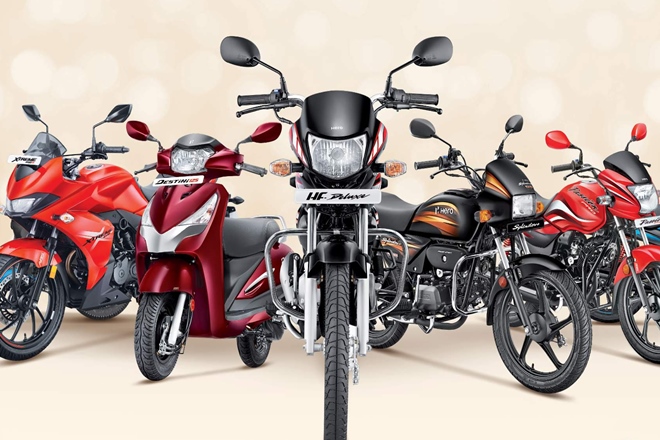 The demand for two-wheelers is likely to remain weak in the near-term on the back of implementation of BS-VI norms, which is expected to further force a 10-12% increase in ownership cost across segments. According to Icra analysis, already the industry is facing several headwinds that have adversely impacted sales, and the transition to new emission norms will further heighten the already subdued outlook.

Shamsher Dewan, VP, ICRA says, “Over the past couple of months, two-wheeler (2W) OEMs have started introducing BS-VI compliant variants in the market and our analysis of new launches suggest that prices of 2Ws have risen by 10-12% on ex-showroom basis. This sharp increase in prices is primarily because of significant shift in the technology required to adhere to BS-VI requirements. The shift from BS IV to BS VI emission norms mandates a change from using carburetor system to electronic fuel injection (EFI) system. In addition, modifications would be required in the after-treatment systems and fuel storage systems. Based on Icra’s interaction with market participants, cost of EFI unit currently varies from Rs 4,000 to Rs 6,000 depending on the model and displacement category.”

As far as manufacturing of EFI system is concerned, presently domestic manufacturing is limited. EFI system is being imported from prominent suppliers. Consequently, at the current levels of localisation, cost differential of about 10-15% have emerged in the EFI (BS-VI) Vs carburettor variants of the 2W. However, given the scale of the Indian 2W market, auto ancillaries are expected to undertake phased localisation of critical parts in the EFI system, which would subsequently bring down the cost of EFI systems as BS-VI gets implemented.

ICRA’s channel check with 2W dealers suggest that in anticipation of a further decline in demand and to mitigate its effects thereof, financiers have started offering loans with higher maturity (four years instead of three years). This is also likely to offset the impact of higher initial cost on EMIs for the buyers. In addition, there is also a trend towards down trading with customers opting for 125 cc bikes compared to 150 cc, especially post launch of select models. How the continuity of this trends affects demand remains to be seen.

In terms of current demand trends, Icra notes that it is in line with the broader trends in the automobile industry. The domestic 2W industry has also witnessed sharp contraction in demand till year-to-date (YTD FY2020) triggered by confluence of factors.

Besides weak macro trends, steady rise in cost of ownership because of sharp hike in vehicle insurance (from September 2018) and implementation of new safety norms largely pertaining to braking systems ( ABS/CBS) has been one of the key demand deterrents.

As a result of new developments and other cost pressures, the prices of entry level motorcycles (75-110cc) has increased by almost Rs 8,500-10,000 (or nearly 15%) over the past 18 months. Moreover, the scooter segment, which had emerged as the key growth driver for the industry has also witnessed lackluster demand as penetration in urban markets, appears to have reach saturation levels. That apart, the demand from rural region has also been weak because of subdued agri-cash flows.

“Going forward, industry volumes are estimated to contract by 8-10% in FY2020, with some moderation in decline in H2 due to pre-buying before the BS-VI transition in April 2020. Despite the ongoing slowdown and near-term volatility anticipated due to forthcoming BS-VI transition, Icra maintains a stable outlook for the two-wheeler industry for next 12-18 months. This is supported by expectation that credit profile of two-wheeler OEMs will continue to remain strong, supported by healthy accruals and financial flexibility from sizable cash and liquid investments on the books,” Dewan says.

The OEMs are expected to continue to invest towards new product development, technologies (like electric vehicles) and enhancement of domestic and overseas sales network. Furthermore, the demand weakness in the domestic market is expected to be partially offset by healthy growth in exports.