The project was funded by industrialist and distinguished alumnus of IIT KGP, Dr. Purnendu Chatterjee who is a founder and Chairman of The Chatterjee Group (TCG). 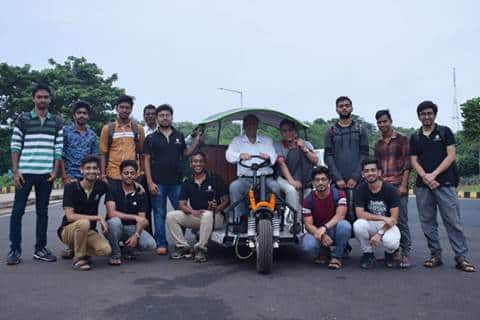 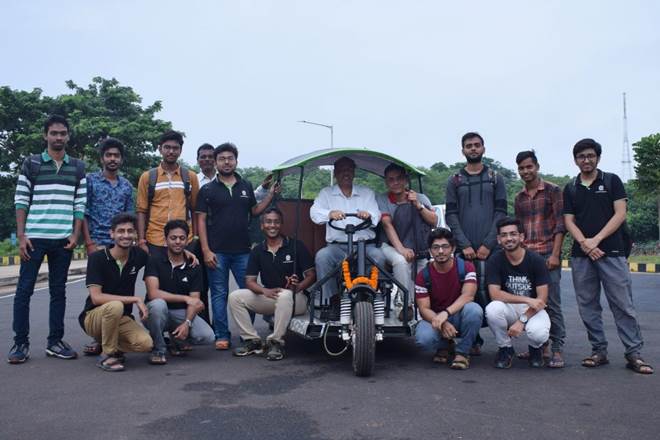 In a bid to reduce vehicular pollution, a team of 50 students from IIT Kharagpur has developed an electric vehicle. The new green vehicle ‘DESHLA’, designed and built by the team, is set to pose a strong challenge to the current generation of three-wheeler autos and high-maintenance e-rickshaws, said a statement of IIT Kharagpur. The team is led by Prof. Vikranth Racherla from Department of Mechanical Engineering of the institute.

“Instead of retrofitting an existing vehicle, we thought we would build one up from scratch, especially because the design is so important for an electric vehicle. Each design has been conceived, analysed, prototyped and the cycle
repeated many times before the actual product came out,” he said.

With its powerful motor, lithium-ion battery that can last up to 6-7 years, high load carrying capacity, sturdy frame and easy manoeuvrability, the concept prototype had a successful test-run at the IIT KGP campus. Prof. Sriman Kumar Bhattacharyya, Officiating Director of IIT KGP, said local e-rickshaw drivers who visited during the test-run are excited with the “vehicle design and the economics behind it”.

The project was funded by industrialist and distinguished alumnus of IIT KGP, Dr. Purnendu Chatterjee who is a founder and Chairman of The Chatterjee Group (TCG). Prof. Racherla and two other lead researchers Shyama Agrawal and Manuj Agrawal have already floated a start-up entity for commercialisation of the vehicle and currently working on raising funds for industrial production.