Here’s the list of the Upcoming Hyundai cars that will be introduced in India over the coming months. 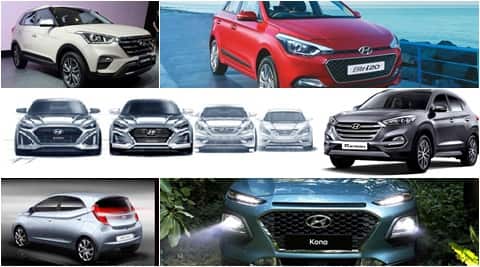 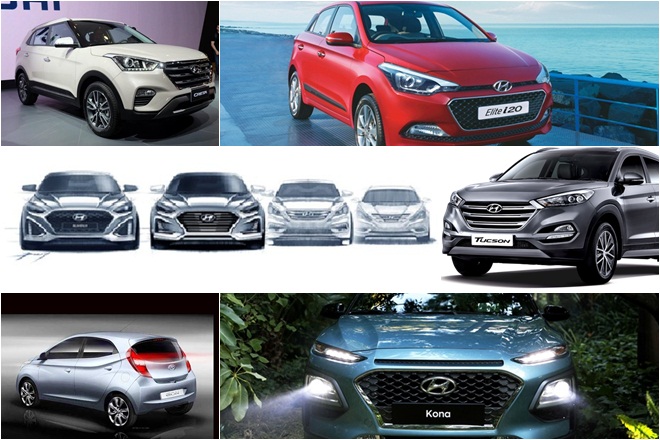 The Indian auto industry has witnessed a number of new and updated models from Hyundai like the recently launched Hyundai Verna and the Xcent facelift. The company will continue to launch refreshed models in the second half of this year across segments. This year the company has confirmed to launch the Santro replacement and will not use the Santro moniker. Hyundai will also launch a family SUV by the next year. In order to keep you updated about the upcoming Hyundai cars, we have compiled the list of the vehicles that will be introduced in India over the coming months. 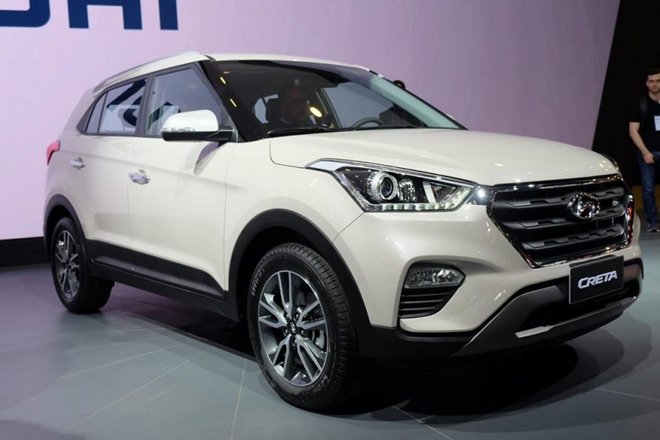 Hyundai Creta facelift was showcased at the 2016 Sao Paulo Auto Show and has also been spotted testing in China without camouflage. The Hyundai Creta facelift will be based on the company’s ‘Fluidic Sculpture 2.0’ design philosophy and will feature the signature hexagonal front grille with a four-slats, revised front and rear bumpers, redesigned headlamp tail lamp as well as fog lamps cluster and new alloy wheels. The cabin, on the other hand, will get a new touchscreen infotainment system with navigation, Bluetooth audio streaming, USB and Radio playback options. The top version of the upcoming Hyundai Creta facelift will feature automatic climate control, steering mounted audio, phone and cruise controls. The new Creta facelift is likely to be powered by the existing set of engines, a 1.6-litre Dual VTVT petrol engine which generates 121 hp of power and 151 Nm of torque and will be paired to a 6-speed manual and a 6-speed automatic gearbox. The diesel variants are expected to get two options, a 1.4-litre that delivers 88 hp of power and a 1.6-litre unit with 126 hp of power. The 1.4-litre diesel engine is expected to be offered only with a 6-speed manual, while the larger 1.6-litre unit will also get the option of a 6-speed automatic transmission. The Hyundai Creta facelift is expected to be launched in India by early 2018 and will be priced slightly above as compared to the existing model that starts from Rs 8.92 lakh, ex-showroom 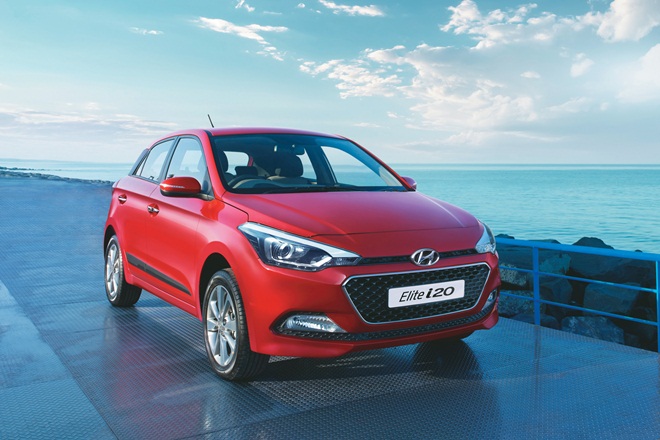 Hyundai Elite i20 facelift is expected to launch in India soon as a test mule has been spied testing on Indian roads several times. The Hyundai Elite i20 facelift, going by the spied images, will get LED tail lamps, a new set of alloy wheels and the licence plate will be re-positioned. The front will receive updates such as a redesigned bumper, hexagonal grille as seen on the outgoing Xcent, new fog lamp and headlamp design. The upcoming Hyundai car is expected to not receive any changes in dimensions or engine options. Like its existing version, the facelifted Elite i20 is expected to be powered a 1.4-litre CRDi diesel engine that generates 89 hp of power and 220 Nm of torque, paired to a 6-speed manual transmission. The petrol version will most likely be a 1.2-litre and a 1.4-litre unit which are mated to a 5-speed manual. The larger capacity petrol engine may also get a 4-speed automatic gearbox. Hyundai might also launch the hatchback with a new 1.0-litre turbo petrol engine that will produce 120 hp of power and 172 Nm of torque. If launched, the new 1.0 litre engine would compete with the likes of the Maruti Suzuki Baleno RS. Standard safety features that would be available in the Hyundai Elite i20 facelift would include ABS (Anti-lock Braking System) and dual front airbags. Interior of the Hyundai Elite i20 facelift is may get a few tweaks and the premium hatchback is expected to start from Rs 5.5 lakh, ex-showroom. 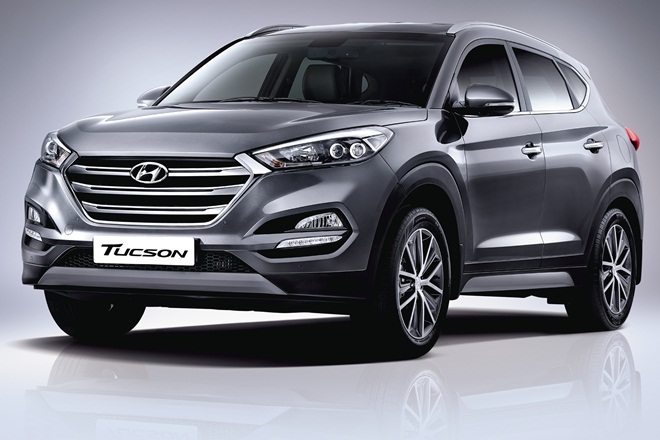 Hyundai launched the Tucson in India in November last year with a 2.0-litre Nu petrol and a 2.0-litre R VGT CRDi diesel engine. Being a premium SUV, there was an expectation that the company would introduce and all-wheel-drive version of the car which wasn’t the case as none of the variants which are right now offered with it. The company later announced that it will introduce an all-wheel-drive (AWD) in the SUV as well, which is expected to be launched soon. The Hyundai Tucson with AWD will be available only with the top-end diesel variant only. The exterior and interior features of the five-seater SUV is likely to remain unchanged but is expected to get additional features. It will be based on the Hyundai’s ‘Fluidic Sculpture 2.0 design philosophy’ and will feature front parking sensors, dual barrel LED headlamps, LED static bending lights, fog lamps with LED Daytime Running Lamps and twin chrome exhaust. The Hyundai Tucson is currently priced between Rs 18.13 and Rs 23.86, after the price reduction due to the implementation of the GST (Goods and Services Tax). The upcoming Hyundai car is expected to be priced around Rs 25 lakh, ex-showroom. 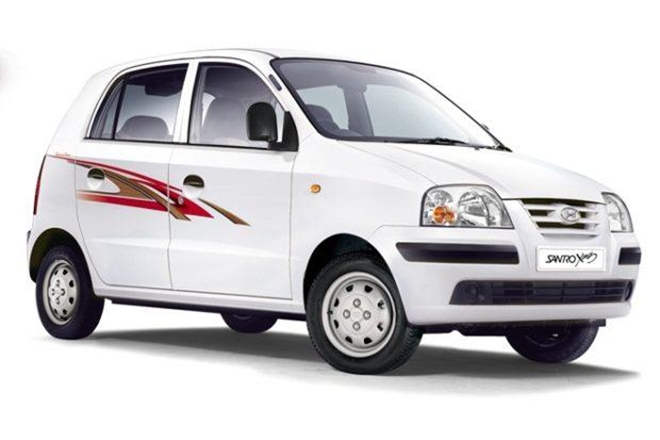 Hyundai India has discontinued the Santro in 2014 due to its limitation in terms of features compared to new entry-level hatchbacks which had more accessories on offer as well as AMT or Automated Manual Transmission options. Now, the car manufacturer is considering to launch a small hatchback to fill the Santro gap in the country, which may be launched by 2018. The company will not use the Santro badge for its upcoming Hyundai car. It is expected to get a 1.1-litre iRDE petrol engine that will develop about 62 hp of power. This is the same engine that powered the Santro Xing. The car is also expected to get a 1.2 litre Kappa petrol unit. Both engines will be paired to a 5-speed manual transmission. However, the company may also offer the new hatchback with an automatic gearbox. The hatchback will be a completely new car from ground up which will be designed and developed by the company’s India R&D facility. As of now, no information has been officially revealed about the expected launch date or features, but the new car may be offered with a touchscreen infotainment unit similar to the one equipped on the Grand i10. The carmaker is also likely to equip the car with dual front airbags and ABS (Anti-lock Braking System) as standard, a mandate to soon be implemented by the Government of India. It is expected to have a starting price tag of Rs 4 lakh, ex-showroom and will have a direct competition with the new Maruti Suzuki WagonR, which is also expected to be launched next year. 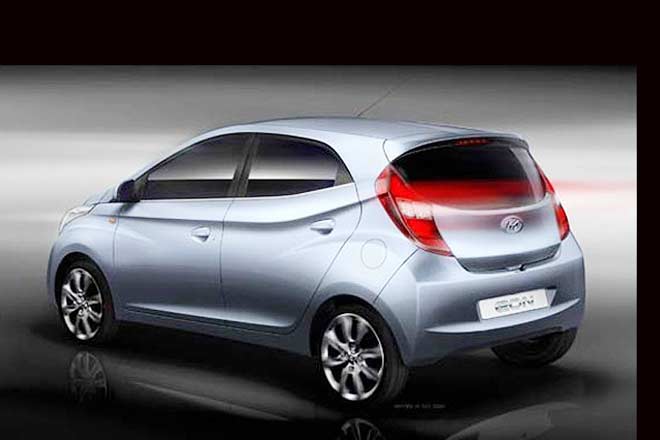 Hyundai Eon facelift is the third model in the company’s portfolio in India that will be launched by next year. The company has not yet revealed any details of the upcoming Hyundai car, but it is expected to have a sportier design compared to the existing model. The exterior of the Hyundai Eon will feature redesigned bumpers, a new headlamp cluster, a redesigned front grille and redesigned tail lamp cluster. It is expected to carry forward the same engine options, a 0.8-litre petrol generating 54 hp of power and 75 Nm of torque and a 1.0-litre petrol unit that develops 67 hp and 94 Nm of torque. The 2017 Hyundai Eon facelift is expected to be launched in the country next year and will compete with the likes of the Maruti Suzuki Alto 800, Alto K10 and the Renault Kwid in the segment. It is expected to be priced between Rs 3.25 lakh and Rs 4.50 lakh, ex-showroom. 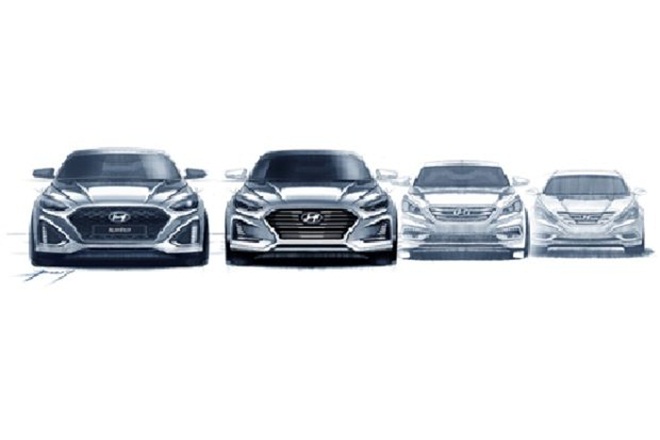 Hyundai Motor Group revealed the sketches of the new Sonata on its official social media page that will be first launched in the international markets followed by an India launch in 2018. The sketches of the new and updated Sonata reveals some of its styling cues, which is in line with the company’s ‘Fluidic Sculpture’ design philosophy. The new premium sedan will boast of a large hexagonal front grille with chrome surrounds and sharper air intakes. It will also be equipped with new LED fog lamps, which are now wider, while the LED headlamps may remain same but should get LED DRLs (Daytime Running Lamps). The rear of the car may receive a revised tail lamp cluster with LED, tailgate-mounted rear spoiler, a rear diffuser, four exhausts and larger rear bumper compared to its predecessor. Although the earlier version of the Hyundai Sonata offered only a petrol engine option, the new model may also be offered with a diesel engine. The new Sonata will be positioned above the Elantra in the company’s product lineup and is expected to be priced between Rs 19 lakh and Rs 23 lakh, ex-showroom. It will compete with the likes of the Skoda Superb and the Toyota Camry. 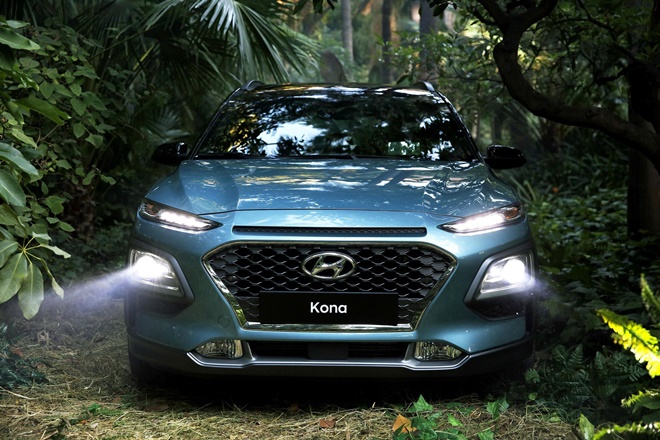 Hyundai is planning to launch its new compact SUV, the Kona in India that has been spied internationally. The India-bound Hyundai Kona will be equipped with features such as twin LED headlamps with DRLs (Daytime Running Lamps), a cascading front grille, black cladding, roof rails, alloy wheels and will be available in single as well as dual tone body colours. Hyundai Kona will be based on the i20 hatchback’s platform and will share its design cues with the i20 Active. In international markets, the Kona will be powered by a 1.0 -litre turbocharged petrol, a 1.4-litre petrol engine and a 1.6-litre turbocharged diesel engine. For India, Hyundai may go in for all engine options considering few of its competitors in this segment already have similar engine options. The interior of the Kona will boast of a touchscreen infotainment system, steering mounted controls and an automatic climate control. The upcoming Hyundai car will be positioned above the Creta in the company’s model lineup in India and will compete with the likes of the Toyota C-HR and Nissan Juke globally and with the Ford EcoSport and the Maruti Suzuki Brezza in India. It is expected to be showcased at 2017 Frankfurt Motor Show due to happen in September and is likely to be launched in India in 2018.