Hyundai to launch Xcent facelift in 2017

The Hyundai Xcent facelift will be based on the new Grand i10, which was recently launched at the Paris Motor Show. 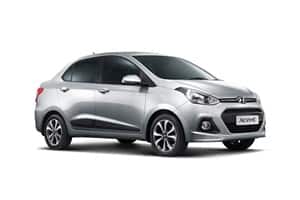 Hyundai launched the Xcent in 2014, and since then the car has remained unchanged, while some of the competitors have made significant changes. Now though, the carmaker is planning to launch the Hyundai Xcent facelift in the Indian market in 2017. The new model will get changes in the form of new exterior design and minor interior updates. When launched, the Maruti Suzuki Swift DZire and Honda Amaze rival is expected to be priced between Rs 5.50 lakh to Rs 8.30 lakh, ex-showroom.

The Hyundai Xcent facelift will be based on the new Grand i10, which was recently launched at the Paris Motor Show. The Xcent facelift will receive a new hexagonal front grille, reworked headlamps, bumpers as well as fog lamps. The rear section, which was not able to gain popularity, will also be redesigned to make it look appealing. The design changes will also aim to give the Xcent a wider look at the rear, creating the impression of a larger car. Other changes at the rear will include a newly developed tailgate, fender and newly-designed alloy wheels.

Inside the cabin, the compact sedan will get a revised dashboard but will be similar to the one available in the current model. The new infotainment system with a touchscreen with Apple CarPlay/ Android Auto connectivity and navigation will be available on higher trims. Like some other Hyundai models, the Xcent facelift will also get a cooled glove box compartment. The safety equipment will include front dual airbags, ABS (Anti-lock Braking System), adjustable and retractable outside rear view mirrors and rear parking sensors.