It will be the smallest SUV by Hyundai and will sit below the Venue. Casper is set to launch in Korea soon with no official word on an India launch date.

Just a few days after we saw Tata Motors unveil their Punch micro-SUV, Hyundai has taken the covers off a new micro-SUV of their own. This new vehicle has been given the name Casper and no, despite the rather cute design, it is not named after the friendly ghost. It is actually named after a skateboarding trick which was itself named after the skateboarder Bobby Casper Boyden. Seeing how lucrative the Indian market is for the SUV body style, Casper will surely be making its way to our shores and will face some stiff competition from the likes of the previously mentioned Tata Punch and other existing rivals like the Mahindra XUV100 Nxt and Maruti Suzuki Ignis. 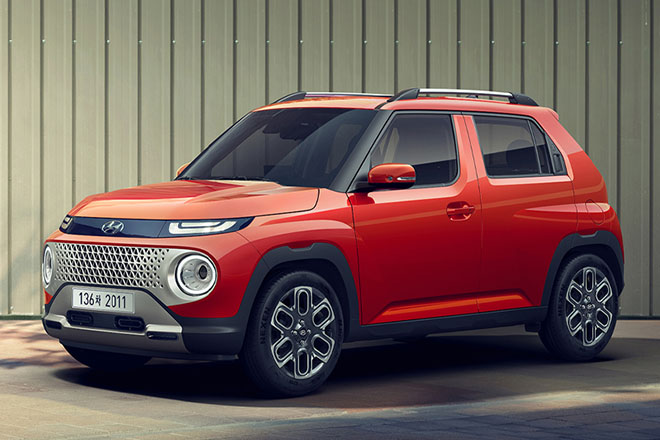 The Hyundai Casper has a very youthful design and comes with a very distinct-looking front-end. There is a thin black grille at the top that houses the Hyundai logo in the centre and LED DRLs on each side. The main circular headlamp units are housed in a bigger black grille below and there will be a faux skid plate at the bottom. From what we can see in the images, Hyundai could be offering two different grille designs. The A-pillar and the C-pillar have a rather steep angle and give the Casper a boxy look. Diamond-cut alloy wheels and roof rails lend the car a sporty look from the side. However, we believe that the alloy design will most likely change if the vehicle sets foot in India. At the back, one can see hints of Hyundai’s Venue and Grand i10 in the Casper. One can also see that the rear door handles have been integrated into the C-pillar and it comes with a small sunroof too. This will be the smallest SUV in the Hyundai portfolio and measure 3,595mm in length, 1,595mm in width, 1,575mm in height and have a wheelbase of 2,400mm. 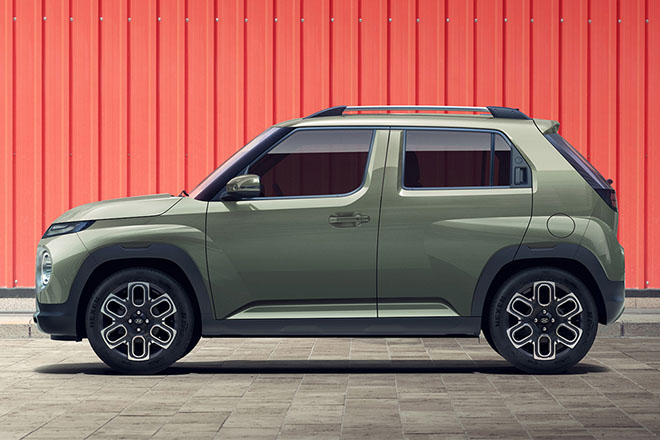 In Korea, Hyundai will be offering the Casper with two 1.0-litre engine options with one of them being a turbocharged unit. The naturally-aspirated engine will make 68hp and 95Nm of torque while the more punchy T-GDi motor will be good for 118hp of peak power and 172Nm of torque. Both engines will be offered with a 4-speed automatic gearbox. For India, Hyundai might look into detuning the turbo engine to make 100hp and replace the 1.0-litre NA engine with the 1.2-litre petrol motor found in the Grand i10 NIOS. 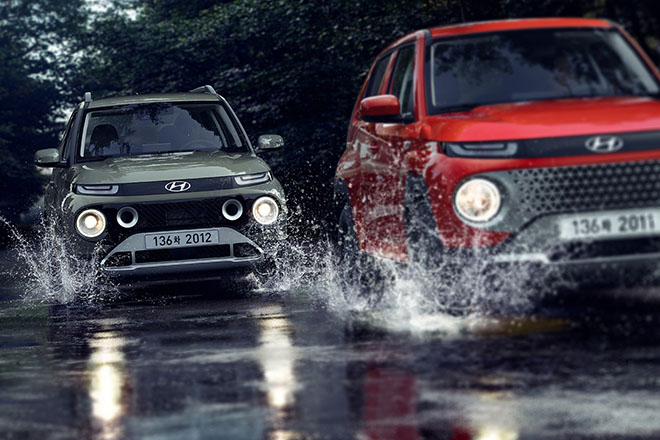 Customers in Korea can now pre-book the Casper and the proper launch and deliveries should happen in the coming months. We expect the vehicle to make its way to Indian shores sometime next year and have a starting price of around Rs 5 lakh (ex-showroom) and provide customers with yet another option to pick from in the micro SUV segment.