Savji Dholakia has done it yet again! The Surat-based diamond businessman has now gifted three Mercedes-Benz GLS SUVs on the completion of their 25 years with the company. Here’s what all generous gifts Savji has given to his employees in the past. 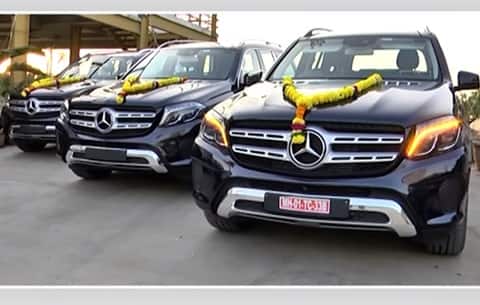 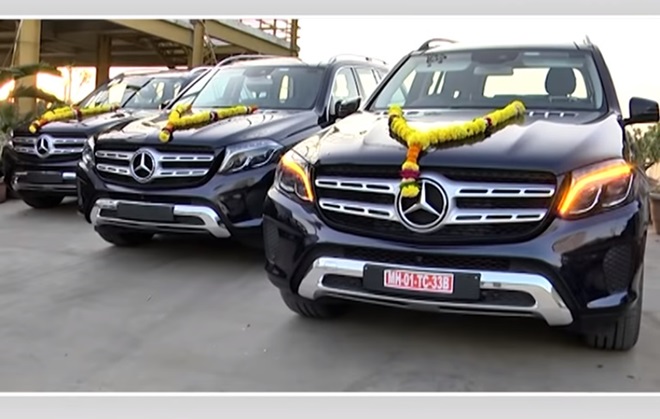 Savji Dholakia, a Surat-based diamond merchant has been into the headlines once again and the reason is the same as earlier. Savji has gifted three Mercedes-Benz GLS SUVs worth Rs 3 crore to his employees. The merchant offered this exorbitant gift to his employees upon their completion of 25 years with the company. All three Mercedes-Benz SUVs were handed over to the employees in a ceremony in Surat. The on-road price of a Mercedes-Benz GLS 350d SUV in Surat is currently close to Rs 1 crore. The Mercedes-Benz GLS 350d gets power from a 3.0-litre, V6 diesel engine mated to a seven-speed automatic transmission. The engine is good for churning out respective power and torque output of 258 bhp and 620 Nm.

The GLS comes with full LED headlamps with the Intelligent lighting system that offer better illumination than the conventional units. Other notable features of the Mercedes-Benz GLS SUV include a panoramic sunroof, three-zone climate control system, rear seat entertainment system and more.

Watch employees of Savji Dholakia getting Mercedes-Benz GLS SUVs in this video:

Savji says that he offers gifts to the employees on the basis of their performance and it seems like there would be hardly anyone that must be unhappy working with Savji. Savji Dholakia is the owner of Hare Krishna exporters, a firm that trades in diamond and textiles and has an annual turnover of over Rs 6,000 crores. Savji has truly rewarded the long-term association of his employees and his latest move will surely motivate other employees to work for long with him. While there have been numerous traders that manage an annual turnover in thousands of crores, people like Savji set an example of how to value and reward employees in the true sense.

By now, we are sure that you must have generated an urge to work with Savji Dholakia due to the generosity he shows towards his employees, especially if you love cars!