Long before the slew of electric cars that we are seeing at Auto Shows today, Henry Ford had conceptualized and built a car that was built from Cannabis derived hemp. It could run on hemp oil too! The world’s greenest car? You tell us! 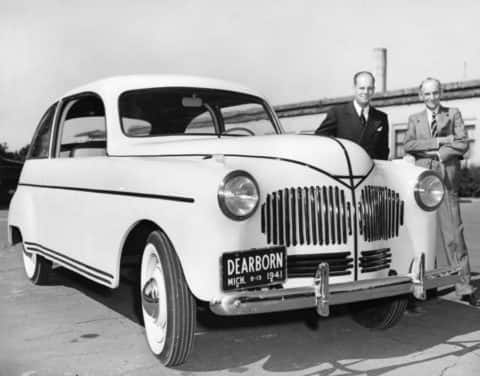 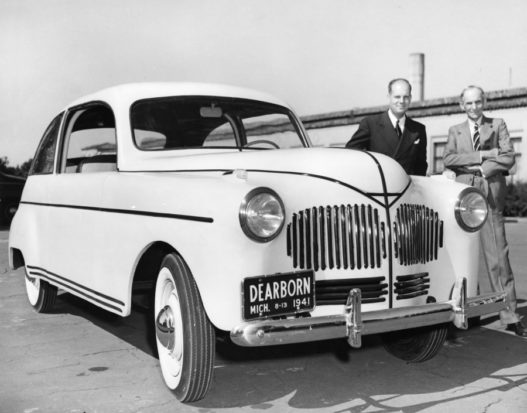 Welcome to 2018, it might have taken the better part of a century but the world has finally decided that it is time to leave the internal combustion engine behind, so as to, save the environment. You know, Polar Bear, Ice-Caps, global warming and the sorts. This is far from the first time this question has been raised, in fact, as it would turn out, the father of the modern Automobile had the same thought. In the 1930s Henry Ford questioned the long-term sustainability of cars made from steel that ran on gasoline. He began work on alternatives, his research found him toying with the idea of making cars from hemp. An industry that was just coming into existence in the US at the time.

In 1941, after twelve years of arduous research, Henry Ford showcased his ultimate product with the potential to have changed the environment, a car made entirely out of hemp and could run off hemp fuel as well as vegetable oil. The cars panels were moulded under hydraulic pressure of 1,500-pound psi from a recipe that used 70 percent of cellulose fibres from wheat straw, hemp and sisal plus 30 percent resin binder. The only steel in the entire body was in the cars tubular welded frame. The body itself was 10X stronger than steel. Henry Ford was so confident on the strength of the panel that he took an axe to the show car. The axe, that would have cut through any steel panel simply bounced back.

Rudolf Diesel, the father of the diesel motor, was also contracted in the making. He designed an engine for the ‘Plastic’ Car to run off vegetable and seed oils like hemp. In fact, Ford always saw vegetable oils as the future of fuels famously quoted saying “there’s enough alcohol in one year’s yield of an acre of potatoes to drive the machinery necessary to cultivate the fields for one hundred years.” Unfortunately, the powers that be at the time, included the massively powerful and wealthy gasoline industry, that lobbied hard to keep alcohol taxes high and drop the price of gasoline. This even “coincided” with the prohibition of alcohol and hemp in the 1920’s. A tombstone for the project that relied heavily on hemp! Could Henry Ford have really changed the world with this car? It did seem to have all that was required to do, I guess, we will never know!