The Indian version of the Mustang gets safety features such as 6 airbags(Driver, Front Passenger, Side, Curtain, Driver and Passenger Knee), ABS and cruise control as standard. 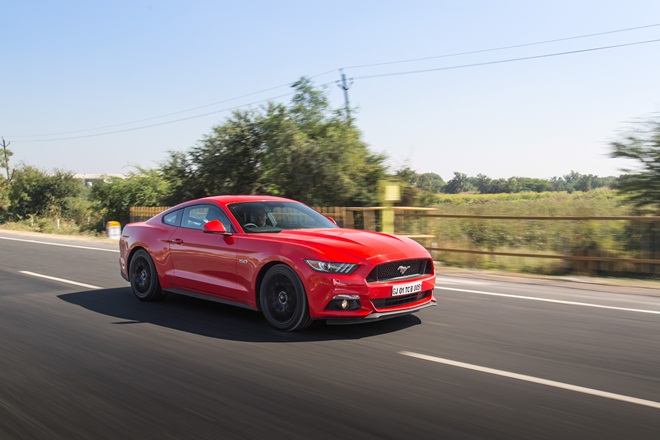 Earlier this year, the Ford Mustang GT scored two out of five stars in Euro NCAP test. The crash reports suggested that the driver and passenger airbags inflated insufficiently and the lack of rear seat belt pre-tensioners and load limiters resulted in a risk of abdominal injuries at the time of an accident. Now after a reassessment test, Ford Mustang has received three stars in Euro NCAP as a result of updates in safety equipments such as front airbags, belt pretensioner, belt load limiter and knee airbag, In addition, the car is also equipped with the AEB Pedestrian, Lane Assist System, Seat Belt Reminder and airbag cut off switch. According to the test report, the 2017 Ford Mustang received a score of 72 percent in adult occupant, 32 percent in Child Occupant, 78 percent in pedestrian and 61 percent in safety assist.

Ford launched the Mustang GT last year in India at a price of Rs 65 lakh, ex-showroom, Delhi. The muscle car is powered by a 5.0-litre V8 petrol engine which produces 395 hp of power and 515 Nm of torque. The Indian version of the Mustang gets safety features such as 6 airbags(Driver, Front Passenger, Side, Curtain, Driver and Passenger Knee), ABS and cruise control as standard.