Mitsubishi, which has been absent from the Indian car scene for some time, is set to make a re-entry with a new local partner who has expertise in automobile component manufacturing. The new Mitsubishi cars that will be launched by this partner will rival SUVs like the Hyundai Creta and Toyota Fortuner. 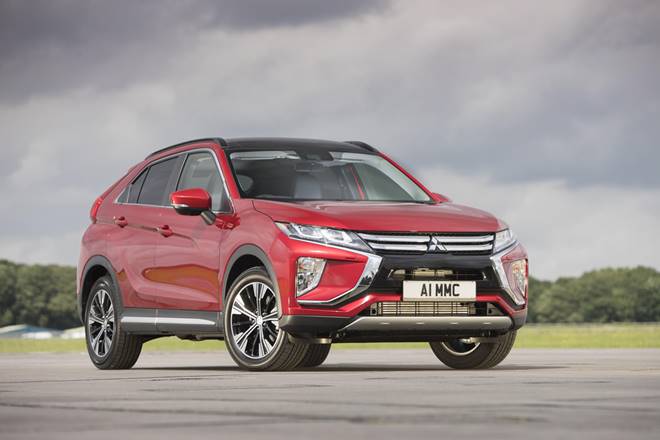 Mitsubishi cars are renowned world over. The Japanese carmaker company is known to make high-quality products with performance being the keyword, whether be it on the road or in the rough. A Mitsubishi Evo X going sideways must have adorned the bedroom walls of many-a-teenager. Needless to say, the brand has a hallowed reputation in our country with a bunch of hardcore followers as well. However, the brand floundered here and has not been particularly doing well. One of these hardcore enthusiasts now wants to restore the glory of the brand in India. After Hindustan Motor Corporation Limited (HMCL) took over Mitsubishi’s India business, the only new launch was the Mitsubishi Outlander in 2018. A petrol-only SUV with lesser dealers to retail it and missing features weren’t exactly going to set the sales chart on fire. In fact, Mitsubishi had to reduce the prices at a later stage.

Fast forward to the present and we can confirm that Mitsubishi is looking at a new partner to start new innings in India. Our exclusive report sheds light on various things including the new investor, what stage is the negotiation at and how Mitsubishi could make it back on it’s feet in our country.

The new investor (let’s call them Mitsubishi India for the time being) is from Jamshedpur and is a major component manufacturer. The company’s name has been withheld on request as the business deal is in the works right now. However, we can tell you that they supply to a few big automotive companies in India.

Mitsubishi India has contacted HMCL authorities via video conference calls and emails. The talks have reached an advanced stage wherein a committee will be set up soon. This committee will audit, check the assets available with HMCL and the liabilities. The process is expected to be completed by end-June. Post this, Mitsubishi India will contact Mitsubishi Japan to finalise the deal.

If things go well, we can expect the new partnership to be announced by September. The new partner is expected to infuse up to Rs 500 crore worth of investment over a period of time. Given that HMCL currently doesn’t have its own manufacturing plant in India, it makes sense to add a new assembly line. The general trend that Mitsubishi follows in every market is to first launch a car as CBU and then get into an assembly. This is expected to be the case with their second innings as well. The assembly line will be set up in Jamshedpur.

Who will be in the driver’s seat and what products are expected?

Mitsubishi Japan has always been in the driver’s seat. However, with this new development, we hear that Mitsubishi India wants to be the one calling the shots. Especially about the products that will come here as well as the pricing. With a core enthusiast group like the one at Mitsubishi India at the helm, it is easy to understand what products might be coming our way. A snippet of information that was shared with Express Drives was that Mitsubishi India is looking at getting in Hyundai Creta and Toyota Fortuner rivals.

Now, if you snigger at the thought, you wouldn’t be far off. Mitsubishi had the Montero and Pajero in the Toyota Fortuner/Ford Endeavour space before in India. However, due to poor marketing, aftersales and other reasons, the products didn’t take off exactly as anticipated. Mitsubishi India tells us that they intend to change the perception by pricing the products much lower than the competition. This will be achieved by localisation; that will further be aided by Mitsubishi India’s vast experience in the component industry.

Mitsubishi India will also actively look at bringing in the Eclipse and Eclipse Cross cars. These are the most modern cars in the company’s line-up and are good candidates for our market. Enthusiasts will be roped in to understand the needs of our markets and what will work here.

New showrooms or what is the plan?

At present, there are only 11 functional Mitsubishi dealerships in India. The plan will be to give dealers the confidence that this time around, things will be different and they won’t be left in the lurch. There is expected to be a proper influx of cars and spare parts. Affordable is the keyword here and Mitsubishi India understands that. Once the existing dealers are happy, the other new dealerships will be set up in time. In fact, before the actual production starts somewhere in 2022 (tentative), at least triple-digit dealerships will be in place.

What happens to the Nissan-Renault-Mitsubishi alliance?

A source tells us that the alliance partners had given Mitsubishi permission to use their Oragadam facility. However, due to the paucity of funds from HMCL, this didn’t happen. At present, HMCL is using a rented facility after having sold its plants to Groupe PSA. What happens with the alliance in India is unclear yet. It is likely the haze will settle down once this deal is made public. One thing is clear. The 1.3-litre turbo petrol that is in use in the Nissan Kicks, in the upcoming Captur/Duster as well as in the A-Class Limousine might also be used in a Mitsubishi car in India. After all, each of these companies mentioned has co-developed it. Economies of scale will be brought in through this method – made in larger numbers and hence cost will be lower to everyone involved.

Mitsubishi India will not want to repeat the mistakes made earlier by HMCL. For example, launching a petrol-only product (Outlander). There will also be BS6 diesel cars in the offing. Both manual and automatic transmissions, with the focus slightly tilted towards the latter, will be offered to the Indian customer. While it is too early to say this, there could also be a sub-4m car based on the alliance’s platform as well.

While all of this looks quite good, it depends on what note the talks end between Mitsubishi India and Japan. Regardless of this, it is endearing to see someone commit to their passion and try and resurrect a flailing brand.