Electric Vehicles in India: Is India ready to deal with the dark side of EVs?

As India gets ready for electric mobility, important aspects like car safety has to take priority as incidences like a car fire would require a different approach by emergency response teams and also with hot conditions the lithium battery ion might reach its ignition temperature soon. 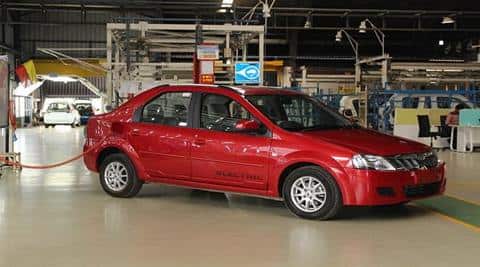 Both standard (petrol/diesel/CNG powered) and electric cars can catch fire when involved in heavy crashes. Although, cars play a crucial role in our day-to-day mobility solution and are one of the most useful machines, they can get very dangerous in case of an accident or a fire. Standard cars have a tank full of fuel that ignites at very low temperatures and many argue that shift to electric cars will make it commuting much safer. While electric vehicles do not carry any inflammable liquid/ gaseous fuel, it does bring up a whole new dimension when it comes to car safety. All modern electric cars on sale globally use a large array of lithium-ion batteries and on several instances, these batteries have exploded and automakers also have acknowledged its tendency to catch fire.

A recent incident in Austria, where a Tesla Model S caught fire after crashing into concrete barrier brings to notice that dealing with fire flames for a standard car viz-a-viz that of an electric car requires a different approach. After years of vehicles powered by internal combustion engine, we have managed to live around with them. Response service teams across the globe have learned the art of quick rescue in case of a fire and also the addition of active car safety features has helped in reduction of loss of life in cases of accidents and car fire.

However, as India starts to make the transition to electric vehicles and its goal to cut down pollution, are we moving going to adopt something that’s less safer than ICE (Internal combustion engine) cars? How safe are these lithium-ion batteries anyway? In a country like Austria where the emergency response is much quicker than that in India, it took five vehicles and 35 firefighters to control the fire on the Tesla Model S.

If an electric car is on fire there is a chance that it may catch fire repeatedly if the power-supply from high-performance batteries is not cut off. Automakers and experts also recommend that even in a case of a small spark or a big fire the vehicle should be parked under “quarantine” for 48 hours, to avoid any further damage and to monitor no new fire can break out.

Tesla says that ‘’Battery fires can take up to 24 hours to extinguish. Consider allowing the battery to burn while protecting exposures.’’

With electric car makers globally betting big on greater range and power on its electric vehicles they are also increasing the amount of energy packed into each battery. This increases the risk of the overall pack to explode in case of a crash or high-impact collision. A high-performance car such as Tesla Roadster packs about 7,000 batteries under the bonnet of a single car.

There are various steps taken by car makers like Tesla, Nissan to avoid these batteries going explosive in case of a collision. Car makers are installing a range of modern cautionary devices like, circuit breakers and fuses that disconnect the batteries at the time of collision. Keeping the batteries cool is another important way to avoid your electric car catching fire. The hotter the batteries, sooner it will reach its ignition temperature and chances for it to explode also goes up.

Cars like Tesla Model 3 and also the new Ford Focus electric are equipped with radiator coolant on the battery pack to keep the temperature as low as possible while the car is running. All-electric Nissan Leaf uses air-cooling system to keep the temperature of batteries in check. Even the Swedish auto-maker Volvo says that it has started placing its battery packs away from the crumple zones to reduce the probability of cars to catch fire in case of an accident.

In fact, Tesla publishes and updates its emergency response guidelines for all its vehicles to ensure that the fire departments are aware of handling accidents involving high-voltage cars.While all these are just precautionary measures we do hope that while India is getting ready for its future of mobility and that these things are cultivated during the planning stages and is not being kept on hold or revisited later.

Considering most of the Indian states record high temperatures during summer, it will be a task for automakers and battery manufacturers to build the mass-market high performing and long-lasting lithium-ion batteries. Not just at manufacturing level but also coming together with firefighters who will deal with such fires and many other concerned stakeholders at the time of planning as car safety is going to play a crucial role for India to meet its electrification.