BMW has confirmed that this new avatar of the M2 will be the last ICE-powered one and will offer both manual and automatic transmissions. 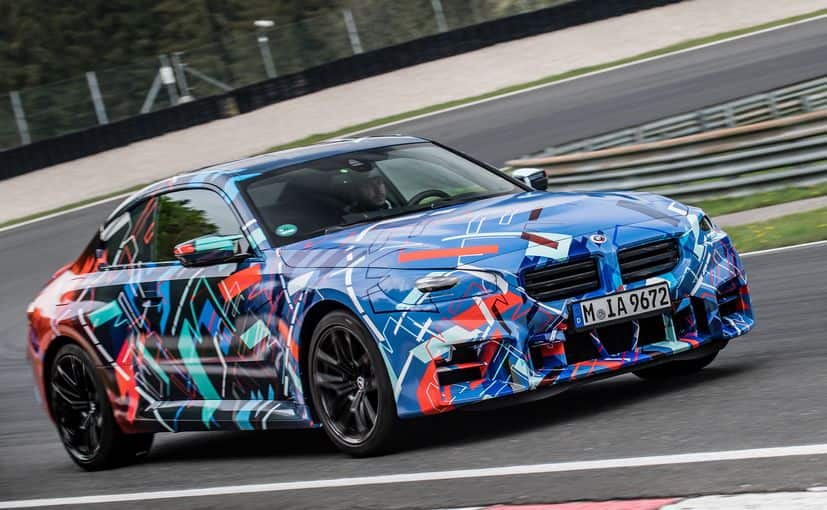 BMW M Division has released the new M2’s teaser images and has also confirmed that the car will be revealed in October followed by the launch in April 2023.

BMW has not revealed how powerful it will be yet, but the carmaker has mentioned that it boasts a similar performance level to the outgoing M2 CS, which is powered by the 3-litre straight-six turbo petrol engine that also powers the latest-generation M3 and M4.

BMW has also confirmed that the new M2 will be offered with a choice of six-speed manual and  8-speed M Steptronic automatic gearboxes, with power going to the rear wheels only. To guarantee that the power is applied dynamically, it gets an adaptive M chassis and a powerful braking system.

The sporty appearance of the new BMW M2 is rounded off by a selection of special equipment options. For example, a carbon roof reduces weight, among other benefits. M carbon bucket seats for the driver and passenger, also available as an option, emphasise the racing look of the new BMW M2.

“With just a few months remaining until the world premiere of the new BMW M2, the final test phase in the development of the new high-performance car is in full swing,” BMW said. “The new BMW M2 offers thoroughbred racing technology for the roads. In keeping with its affinity with the racetrack, the car’s driving dynamics were subjected to an intensive test at the Salzburgring in Austria.”