Biggest problem with turbochargers: What is turbo lag and how are engineers beating it

Some cars have systems that maintain the flow of exhaust gases that keep the turbine on the turbo spinning, so that there is no turbo lag 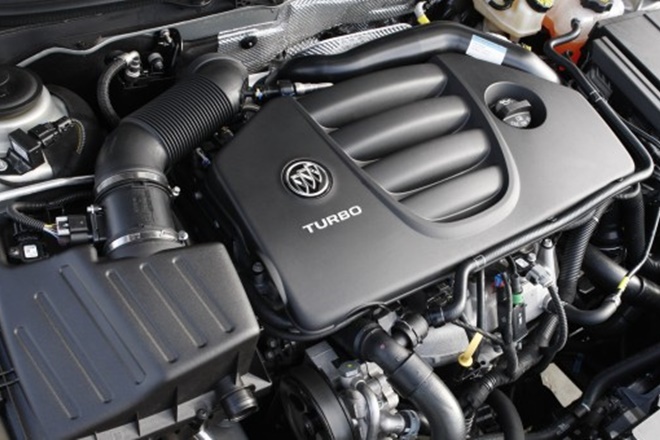 Car manufacturers have a constant pressure upon them – build more powerful machines, while keeping a check on emissions. Hence, turbochargers are becoming a very widely used piece of machinery. While, some consider turbochargers a tool of improving power, some think of it as adulteration to the engine’s capability, while arguing that turbochargers are only meant to muffle the noise. Compared to naturally aspirated engine, turbocharged engines tend to give out cleaner emissions. And when the turbocharger does kick in, the driver feels a sudden surge in power. However, there is a short time that is spent between pressing of the accelerator and the surge coming in, this time is called turbo lag. What exactly happens under the bonnet when a turbocharged car is accelerated?

A turbochager basically uses exhaust fumes to supply the engine with more air. The exhaust gases spin a turbine on the hot side of the turbo, which is connected to a compressor wheel on its cold side. This means that there needs to be enough flow of exhaust gases to spin the turbine, which can only be achieved if the engine is revving sufficiently to generate enough boost. This is called ‘boost threshold’.

If the boost threshold is high, for example 4000 rpm in the Ferrari F40, longer in the wait for the turbo boost to kick in. The wait would be longer for a regular turbocharged sedan. Today’s turbochargers use new age technology such as variable geometry and twin scroll channels, which help reduce the boost threshold.

Turbochargers have valves or wastegates to let out built up pressure when the driver lifts off the throttle. Without these valves, the turbocharger would push extra air into the engine when not needed. The extra pressure may be released, but in turn it hurts performance because when the drivers hits the throttle again, the turbo has to repeat the entire process to provide that power surge, and that takes a while.

This time depends upon the size of the engine-turbo ratio and on what tech has been used in the car to deal with this lag. The time taken does not allow the engine to have turbo boost all the time. This is called transient response delay, and basically the definition of turbo lag.

How are engineers defeating turbo lag

The lag can be reduced. For example, Ferrari has managed to bring this time down to 0.08 seconds in the 488 GTB. In a 488 GTB, when you lift off and apply throttle again quickly, the time taken for the boost to kick in again is 0.08 seconds. Some cars have systems that maintain the flow of exhaust gases that keep the turbine on the turbo spinning, so that there is no turbo lag. These systems are called ‘anti-lag’.

With use of these systems, when the throttle plate is closed, the turbo pressure is redirected through a relief valve back into the exhaust manifold, bypassing the engine. A modification of the ignition timing and fuel mix means that the boost air can be combusted near the turbine of the turbo, keeping the turbo spooling, ready to force charged air into the engine when the throttle plate reopens.

The anti-lag device is not engine-friendly, as it puts more stress on the exhaust manifold and turbo components. However, race drivers and the engineers behind the car will want to make their car go faster even with this price to pay.