Audi Q7 facelift to reach Indian dealerships by next month

The Audi Q7 facelift will be making its debut in the Indian market next year. In January 2022, company is planning to launch its three-row SUV to rival the likes of BMW X5 and Mercedes-Benz GLE. 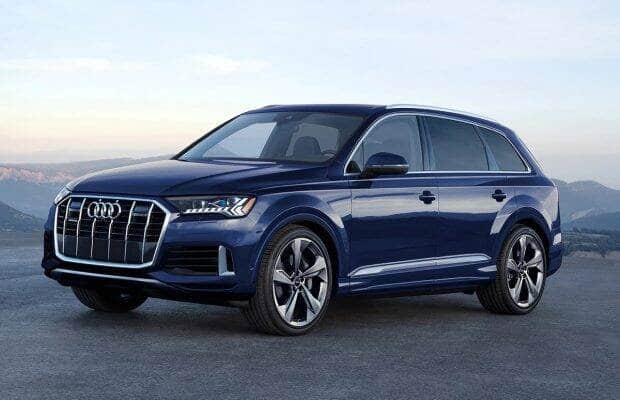 The introduction of stringent BS-6 emission norms led to the discontinuation of the Audi Q7 from the Indian market. The Q7 was one of the best-selling products of the German marque in India. Hence, the pressure to bring it back to showroom floors is evident. Finally, the company has announced the arrival of its three-row SUV in its facelifted avatar. The Audi Q7 facelift will launch in India by next month to give its rivals – BMW X5, Mercedes-Benz GLE, and Volvo XC90, tough competition.

The Q7 has always been adored for the way it looks, the space it offers, and the road presence it boasts. In the new facelifted avatar, its key aspects will presumably be remaining intact. However, it will don a more spruced-up design this time. The front facet will come with a larger single-frame grille with upright slats, finished in chrome. A new bumper will be seen with sharper lines and a two-part splitter. 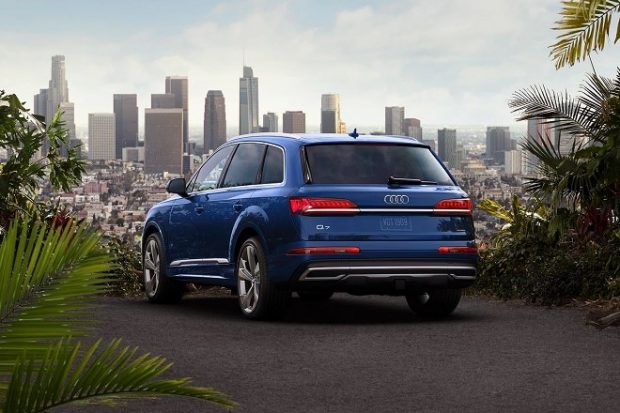 Also, the company is expected to offer the option of HD Matrix LED lighting for the chiselled headlamps. Larger 19-inch alloy wheels, connected tail lamps, a new rear bumper, and updated side cladding will be the other few changes that will make their way onto the Q7. The facelifted Audi Q7 will be longer by 11 mm, while the height and width will remain unchanged.

Changes on the inside will include reworked trim pieces and the use of upmarket materials, along with a new dashboard. The Q7 will now feature three displays – a 12.3-inch virtual cockpit, a 10.1-inch touchscreen infotainment unit, and an 8.6-inch touch-enabled climate control module.

Since the Volkswagen group has made distance with oil burners, the Q7 will be offered with petrol engines only. Most likely, a 3.0L turbocharged V6 will sit under the Q7’s hood to belt out 340 Bhp against 500 Nm. It will be offered with an 8-speed AT, 48V mild-hybrid system, and the AWD Quattro tech. Alongside, the smaller 2.0L turbo-petrol motor could also be offered as an option.