Mahindra will launch two new products and confirms all-new Mahindra Scorpio and Mahindra XUV500 by 2020. Mahindra’s first all new product will be Mahindra U321 (Codenamed) MPV that will take of the likes of Toyota Innova Crysta. 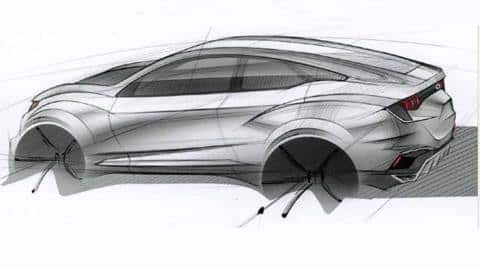 Betting big on UVs and SUVs, Indian automaker Mahindra & Mahindra has been busy planning its product portfolio and while the big news was the partnership between Mahindra and Ford to develop new generation SUVs and electric vehicles, Mahindra being the most popular UV player in India has announced that the company will bring in launch three full model changes to its existing products including Mahindra XUV500 and the popular Mahindra Scorpio. The third product here is expected to be either the Mahindra TUV300 or Mahindra Bolero.

The company also confirmed the launch of Mahindra U321 MPV in coming months that will take on the likes of Toyota Innova Crysta. It is expected that this all-new vehicle from Mahindra will be launched in June 2018. This will be followed by Mahindra’s first big bet in the crossover/compact SUV SUV space with the launch of codenamed Mahindra S201 SUV. Based on SsangYong Tivoli platform, Mahindra is expected to launch this product right before the start of the festive season in September 2018. This new SUV from Mahindra is expected to take on the likes of Maruti Suzuki S-Cross and Renault Duster. In early 2019, Mahindra will launch its most premium offering with the introduction of its the G4 Rexton Mahindra badged full-size SUV.

With the launch of these products, Mahindra’s UV line-up in India will have nine products which will help the company to increase its market share in this segment in India.

With BSVI norms kicking in, Mahindra says it is ready with the required technology and will launch BS-VI vehicles ahead of government’s deadline of 2020. The problem of BS-VI fuel availability has been solved with Government’s promise to make the fuel available in Delhi as early as from April 2018. This will also allow automakers to have sufficient time to test its new BS-VI products.

On the diesel front, Mahindra has 3 diesel engine that powers its LCVs like Jeeto, Supro, and Maxximo. Passenger Vehicles (UVs) currently has 7 different diesel engines doing their respective jobs for Mahindra’s SUV. Most of these diesel engines will be upgraded to make it BS-VI compliant and the company will also introduce a new 1.5L (D15) 4-cylinder diesel engine that is also likely to debut with the Mahindra S201.

Mahindra’s manufacturing footprint this financial year (FY 2017-18) will end with over 5.4 lakh vehicles manufactured from its various plants. It has an installed capacity of 7.5 and it claims take on growth with over a million units indicating expansion soon.

Mahindra is also aggressive on its EV plans and has already completed its 1st round of EESL tender. The second round of procuring 10,000 electric cars by EESL is out and Mahindra has already announced its plan to participate in the same. Mahindra has big global plans for expansion and recently entered the American market by launching the Roxor off-roading vehicle.

Contrary to media reports of Mahindra discontinuing Mahindra Xylo, the company in an investors report mentioned Mahindra Xylo in its product planning line-up indicating Xylo might see BS-VI future. However, there was no mention of Mahindra Nuvosport and Mahindra Verito Vibe.

Mahindra has invested in capacities to manage short-term growth and will soon launch two new vehicles in 2018. The company confirms it will launch 3 full model changes in India by 2020. The company is now ready with the new government’s regulation of BS-VI and the new car safety norms. Most of the upcoming Mahindra cars will be available with petrol engine option.