69 percent Indians never wear rear seatbelts! Beyond the foolish reasons, here’s how to keep yourself safe

Close to 3 million passenger cars are sold every year in India and a staggering number of people voluntarily choose not to wear a seatbelt. As per WHO estimates, seatbelts could have saved 45-50% of front seat occupants in road accidents across the world. 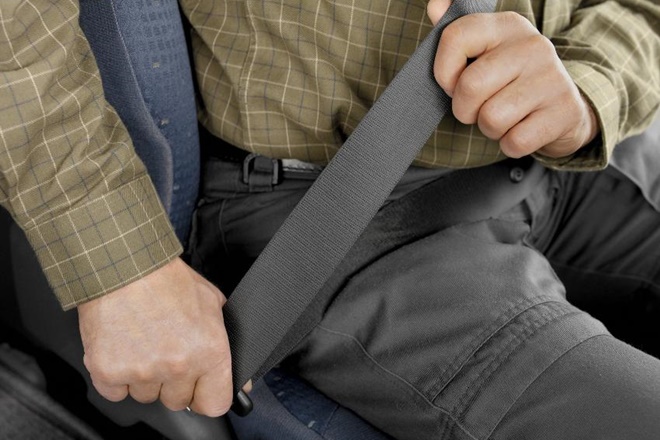 It is in itself quite surprising that educated people have to be told to wear seat belts, and that it isn’t an act of self-preservation. A video that went viral in October 2017 shows the view inside a bus that overturned in China. Every passenger, expect one, walked out with minimal injuries, and the sole reason was that they were all strapped in. Many watched the video in India, but even then most people have varied and invalid reasons to avoid wearing seat belts. In a recent survey carried out by Maruti Suzuki across 17 cities revealed that only 25% of Indians choose to strap the seat belt when they get into a car. Close to 3 million passenger cars are sold every year in India and a staggering number of people voluntarily choose not to wear a seat belt for reasons only they suppose are valid. As per World Health Organization estimates, seat belts could have saved 45-50% of front seat occupants in road accidents across the world.

In very simple terms, seat belts are the primary restraint system in a vehicle in the event of an accident. They help avoid the impact of the driver or passenger with the interiors and from them ejected from the vehicle during the collision. Some might say that their car is equipped with airbags, so there isn’t a need for wearing seat belts. On the contrary, airbags can cause injuries to abdomen, spleen and abrasions to neck and face if the occupant is not strapped in.

Given its significance, here are some ways we can better our seat belt usage:

1. Follow correct protocol: Position the lap portion of the belt passes over the hip bone and not directly over the soft abdomen area. Make sure that the shoulder part belt passes around the centre of the shoulder, away from the neck and the anchor is securely locked. NEVER put the shoulder belt behind your back or underarm.

2. Discard faulty seat belts: Be diligent in periodic inspection to make sure that they are not damaged by wear and tear. Belt guides often accumulate grime, so it’s necessary to clean them to ensure smooth and effortless retraction of the webbing. Buckles, anchorages, retractors must be regularly checked as well.

3. Check seat-belt extenders: Choosing the appropriate length of the seat belt extender is important to maximise safety. As a rule of thumb, one should opt for the shortest possible extender as most have a fixed length, and when an extension is buckled in, your seat belt will retract, using the full length of the extender.

4. Child restraint system: If the shoulder portion of the belt passes over the centre of the shoulder of the child rather than near the neck/face, then it is recommended to use adult belt directly. Otherwise suitable child restraint systems (CRS), booster seats must be used for protection. Young children and babies can get severely injured if they are in the path of a deploying airbag, which calls for attention to detail in CRS placement. For example, a rear facing CRS should never be used on a seat which has a frontal airbag near it.

Coming to seatbelts at the rear seats, the statistics are much worse as only 4% of people in India use rear seat belts. According to Maruti Suzuki’s survey, 45% Indians blame weak legal enforcement as the key reason for avoiding seat belts at the rear seats. It is surprising that people opt to wait for the government to tell them to stay safe and not do it out of self-preservation.

It gets worse, a lot of Indians cited a reason that would make a civilised and educated person to facepalm themselves. So, 40% Indians don’t want to wear seatbelts as it would make them look bad in front of their peers. An unbuckled passenger is vulnerable to being ejected from the front, rear or side windows, during an accident, resulting in on-the-spot death. A research done in the UK shows that rear seat belts are 73% better at reducing fatalities for those travelling in vans and sport-utility vehicles (SUVs).

A telling nugget of information came up in Maruti Suzuki’s survey – non-usage of rear seat belt stands highest at 80% for singles, at 66% for married individuals (without kids) and 55% for married people (with kids).

Another 34% respondents to the survey have doubts if seat belts are really worth wearing. We have an answer to clear the doubt. YES! They are. And I find myself in a difficult situation when I think of what to tell the 32% Indians who choose not to wear seatbelts because it will ruin their clothes! Well, about 15 people die every single day because of non-usage of seat belts. That should be enough to pick life over your perfectly ironed shirt.

The Center for Auto Safety (Washington DC-based non-profit, consumer advocacy organization) has said that nearly 1,000 people are killed annually in the rear seats of US passenger vehicles for not buckling up, and proper belt usage would lower the risk of death by 44 percent. In India, at least 5,638 people lost their lives in road accidents in 2016 as they were not belted.

It isn’t about saving a few bucks avoiding a challan, seat belts save lives! The reason behind the governments around the world enforcing laws for wearing seat belts is not because they want to make money from when you are caught driving without strapping on. The laws are in place for your own safety. Be it occupants in the front of the car or the rear, seat belts are important. Period.