The Delhi Traffic Police has issued 45 challans for driving under the influence, 557 for dangerous driving, 42 for over speeding, 207 for red light jump on the first day of implementation of the 2019 Motor Vehicle’s (amendment) act. 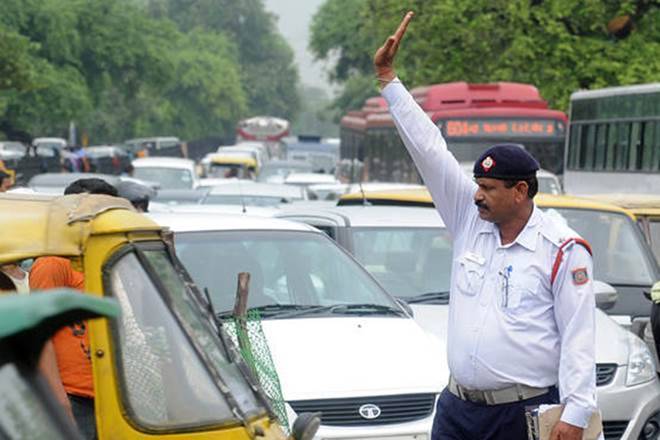 The Delhi Police issued 3,900 challans, including 45 to drink and drive and 557 for dangerous driving, to traffic rule violators on the first day of the newly amended Motor Vehicles Act, which came into effect on Sunday, officials said. Parliament had in July passed the Motor Vehicles (Amendment) Bill, 2019, which seeks to tighten road traffic regulations such as the issuance of driving licence and imposes stricter penalties for violations in an attempt to improve road safety.
Higher traffic penalties have came into effect across the country from September 1 under the Motor Vehicles (Amendment) Bill, 2019.

“We have issued 3,900 challans, including 45 for drink and drive, 557 for dangerous driving, 42 for over speeding, 207 for red light jump, 195 for seat belt, 28 for triple ridding and 336 for helmet,” said N S Bundela, Joint Commissioner of Police (Traffic).
The challans have been sent to e-court as the police officials do not have authority to compound them, he said.

“We do not have authority to compound the challans or close the case after taking the charges in cash. We have sent them to e-court,” Bundela said.