2022 Maruti Suzuki Grand Vitara vs Toyota Urban Cruiser Hyryder price comparison. The Grand Vitara is priced considerably higher than the Hyryder but has managed to get more bookings. 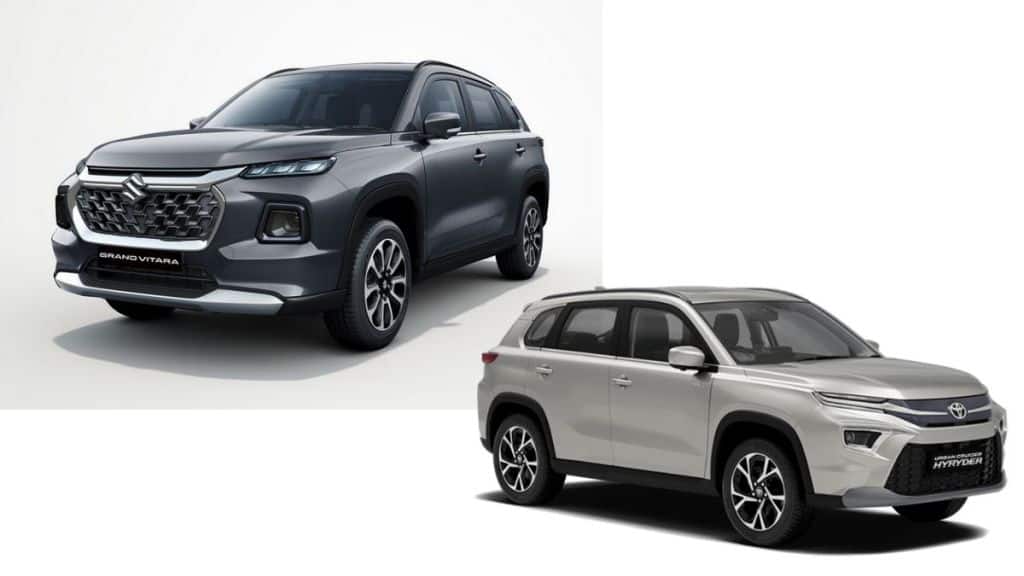 The two SUVs are products of the collaboration between Suzuki and Toyota and both SUVs will be built by Toyota in Karnataka and not by Maruti Suzuki. They share the same platform, engine, hybrid system, and even the AWD system.

We have seen the differences and similarities between the Maruti Suzuki Grand Vitara and the Toyota Hyryder, and also seen the Hybrid versions of the two SUVs in detail, along with the mild hybrid systems. Now, after Maruti Suzuki has revealed the pricing of the Grand Vitara recently, one possibility is what customers want — Maruti Suzuki’s widespread service network or Toyota’s reliability.

However, since the vehicle is built by Toyota and so is the hybrid engine, it all comes down to two factors — design and pricing. Starting with design and dimension, both vehicles measure almost the same, while they do differ in terms of design.

In contrast, the Toyota Urban Cruiser Hybrid variants are priced between Rs 15.11 lakh and Rs 18.99 lakh, ex-showroom. Also, do note that Toyota has only revealed prices of the top-spec trims of the Hyryder and not for all variants, which will be revealed in a phased manner.

Despite the significant price difference, Maruti Suzuki has clocked over 57,000 bookings for the Grand Vitara to date, and most of the bookings are for the Hybrid variants. As of now, there are no details as to which of the trims got the most bookings, but the numbers are impressive nonetheless considering that this is Maruti Suzuki’s first mid-size SUV in a long time.