The new 2022 Maruti Suzuki Grand Vitara will be launched in India soon. Here’s how it fares against its rivals in terms of mileage comparison and should its diesel rivals worry about the same? 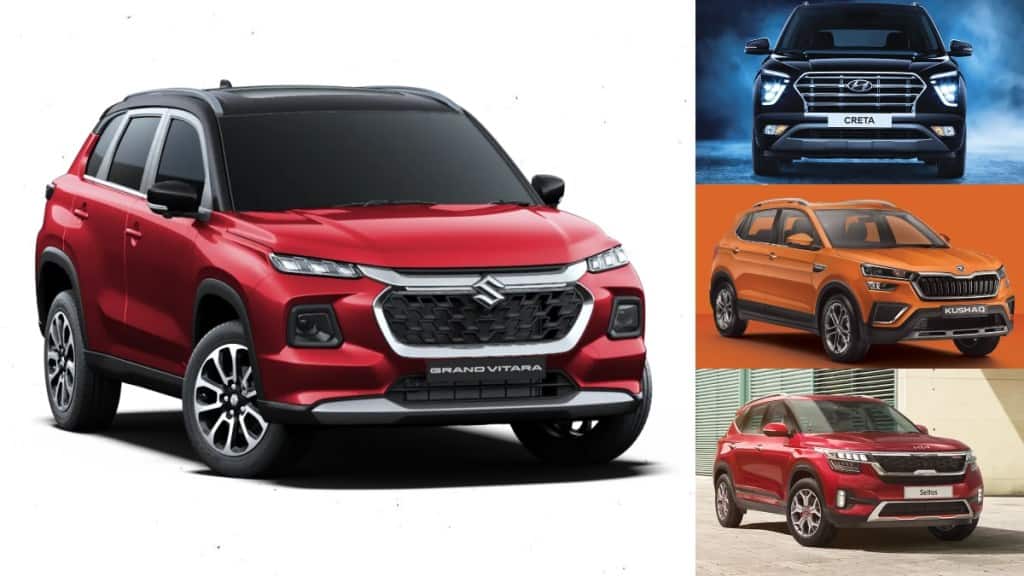 Maruti Suzuki recently unveiled the all-new Grand Vitara SUV and it will be officially launched early next month. With a claimed mileage of 27.97 kmpl, the Grand Vitara’s strong hybrid version will be the most fuel-efficient SUV in India. So, should its diesel rivals worry about the same? Let’s find out in this mileage comparison of the 2022 Maruti Suzuki Grand Vitara vs rivals.

The all-new Maruti Suzuki Grand Vitara’s mild-hybrid petrol variants are claimed to deliver a mileage of 19.38 kmpl to 21.11 kmpl while its strong hybrid variant is rated at 27.97 kmpl. Its sibling, Toyota Urban Cruiser Hyryder, also develops around similar figures.

Hyundai Creta, the leader of the mid-size SUV segment, and Kia Seltos’ petrol variants are claimed to deliver a mileage of up to 17 kmpl and 16.50 kmpl, respectively. Similarly, the Volkswagen Taigun and Skoda Kushaq’s ARAI mileage figures are rated up to 19.20 kmpl.

Hyundai Creta and Kia Seltos are the only SUVs in their class that are offered with both petrol and diesel engines. The ARAI mileage figure for the Hyundai Creta diesel is rated at up to 21.35 kmpl while the Kia Seltos diesel delivers up to 21 kmpl. Maruti Suzuki Grand Vitara’s strong hybrid petrol variant is claimed to deliver a mileage of 27.97 kmpl.

Maruti Suzuki Grand Vitara will be offered with two engine options. The first one will be a new 1.5-litre petrol engine with strong hybrid tech, paired with an e-CVT. Its other mill will be a 1.5-litre mild-hybrid petrol that will be paired with a 5-speed MT, 6-speed AT and get optional AWD too. The prices of the new Maruti Suzuki Grand Vitara will be announced early next month and it’s likely to be priced from Rs 9.50 lakh to Rs 18 lakh, ex-showroom.