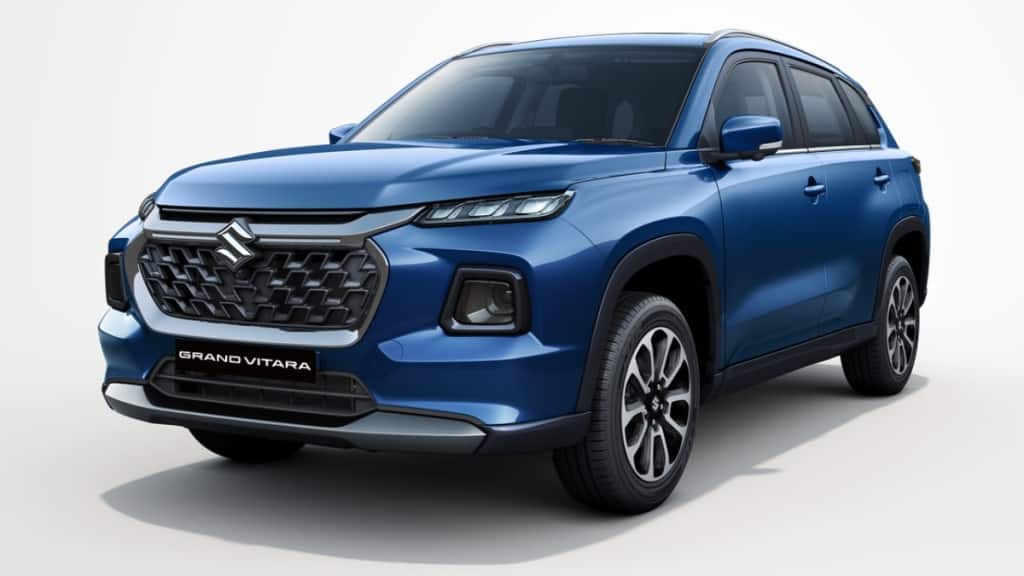 The new Maruti Suzuki Grand Vitara will be offered with two engine variants — Mild and Strong Hybrid, and both will be 1.5-litre units, tuned to deliver different power. The 1.5-litre mild hybrid makes 101 bhp and 136 Nm of torque, mated to a 5-speed manual or a 6-speed automatic.

The strong hybrid engine, also a 1.5-litre unit, makes 114 bhp and 122 Nm of torque, paired to an e-CVT. Maruti Suzuki claims that the new Grand Vitara returns a mileage of 27.9 kmpl, making it the most fuel-efficient SUV in the country. Also, Maruti Suzuki will offer an AWD version of the new Vitara in the Alpha trim with a manual gearbox.

The all-new Maruti Suzuki Grand Vitara comes with an All-Grip system with four modes: Sport, Snow, Auto, and Lock. These modes switch between two and all-wheel-drive modes, as the ‘Lock’ mode engages permanent all-wheel-drive. Also, the 2022 Maruti Suzuki Grand Vitara is the only SUV in its class to offer an AWD system, apart from the Toyota Urban Cruiser Hyryder, which is essentially the same vehicle.

When launched later this year, the Grand Vitara will compete against the segment leader, Hyundai Creta, its sibling, the Kia Seltos, and others in the market such as the Nissan Kicks, Volkswagen Taigun, and the Skoda Kushaq. To know how all the vehicles compare against each other in terms of dimensions, click here.