As per the spy picture, the 2022 Mahindra Bolero gets a spare wheel cover featuring the new logo and even the glow pattern for the tail lamps looks a bit tweaked 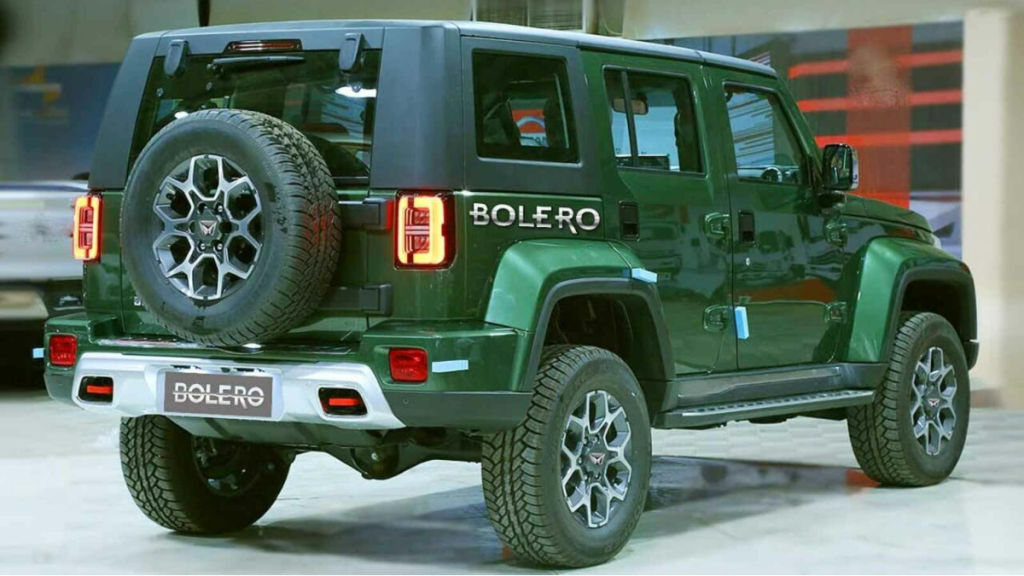 Mahindra first began its tryst of the new ‘Twin Peaks’ logo with the market-breaking XUV700 in October last year. The same logo is offered with the new Scorpio N and now has been spied on the 2022 Mahindra Bolero. It is expected that the new Bolero will be launched in the Indian market with a bunch of updates while it retains its boxy appearance, as per a spy image shared by Motor Craze on the popular social media platform, Instagram. The Bolero has been offered in the Indian market for around two decades and could use a fresh perspective.

It is likely that the 2022 Mahindra Bolero will carry the new twin peaks logo at the front as it gets a revised radiator grille. It could also feature slightly changed fog lamps. At the rear, as per the spy picture, the Bolero gets a spare wheel cover featuring the new logo and even the glow pattern for the tail lamps looks a bit tweaked. The side profile resembles just like the current model and might not get a lot of tweaks.

Under the hood, the 2022 Mahindra Bolero will continue to be offered with a 1.5-litre engine that produces a peak power of 75bhp and a maximum torque of 210Nm. This three-cylinder oil burner gets a 5-speed manual gearbox on offer.

We expect Mahindra to cash on the festive season and introduce the new 2022 Bolero around October-November 2022. It is also set to begin the deliveries of the recently launched Scorpio-N from September 26. The company has also officially teased the Mahindra XUV300 facelift on its social media channels. The facelift model is likely to get minor cosmetic tweaks, new features, and a more powerful turbocharged petrol motor as part of the update.