Digital World Premier of New Skoda Kodiaq SUV: Setting the tone, Thomas Schafer, CEO, Skoda Auto revealed that some 6 lakh units of the Kodiaq have been sold across 60 markets globally ever since it was first launched 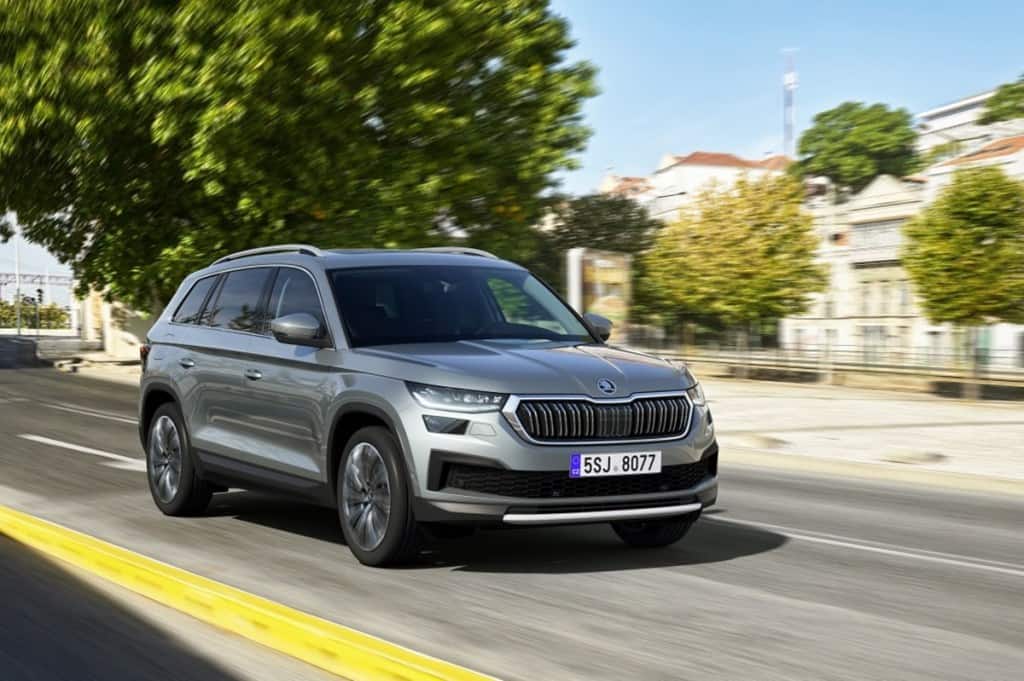 Digital World Premiere of the Revised Skoda Kodiaq 2021: Skoda Auto today took the wraps off the 2021 Skoda Kodiaq facelift set to launch soon. The Czech manufacturer’s global best-selling SUV, the Kodiaq has been updated in terms of design and interior features, along with a powertrain upgrade for the higher-spec RS variant. The company unveiled all of its trims today, including the Sportline, L&K, and the RS. Setting the tone for the 2021 Kodiaq’s world premiere, Thomas Schafer, CEO, Skoda Auto revealed that some 6 lakh units of the Kodiaq have been sold across 60 markets globally ever since it was first launched and that Skoda’s total SUV sales today stand at 20 lakh. The Kodiaq facelift will be launched in European markets in July this year, followed by a launch in India soon.

In terms of styling, the 2021 Kodiaq facelift gets a new front end with a new bonnet, more upright, wider and more hexagonal grille, and a new bumper that is more sculptured. The LED Matrix headlamps have a new and more compact design. At the rear, it gets a new diffuser finished in glossy black and a slimmer design for the tail lamps.

In the cabin, the seats have been upgraded with new ergo functions that include ventilation and massage. The cabin overall gets new look with a more elegant finish and stitching. Also, the sound system has been updated with additional speakers.

The optional Eco seats available for the Ambition and Style trim levels come with high-quality seat covers made of vegan, recycled materials. The CANTON sound system is another optional extra now offering 10 speakers instead of the previous eight, in addition to the central speaker in the dashboard and the subwoofer in the boot.

The Virtual Cockpit with a 10.25-inch display and four different layouts is available as an option for most models but comes as standard for the Kodiaq RS. Drivers of both the RS and the Sportline have an additional layout to choose from, the Sport layout.

The range of assistance systems now also features an enhanced version of Crew Protect Assist. This new variant has additional radar sensors at the rear to respond to vehicles that pose a risk for a rear-end collision.

The sporty top-of-the-range Kodiaq RS has not only been provided with a visual makeover but also with a new engine. The 2.0 TSI petrol engine comes from Volkswagen Group’s EVO generation and has a power output of 245 PS, making it 5 PS more powerful than the predecessor’s biturbo diesel.

At the same time, this engine is more than 60 kg lighter than the TDI. Together with the new 7-speed DSG, which is 5.2 kg lighter, this power unit’s performance should be even better. The two other petrol engines, the 1.5 TSI producing 150 PS and the 2.0 TSI with an output of 190 PS, as well as the 2.0 TDIs delivering 150 PS and 200 PS, also come from Volkswagen Group’s latest EVO generation.