2018 Hyundai Elite i20 CVT launched at a price of Rs 7.04 lakh: Hyundai have introduced a CVT option on two models of the i20 in India, the Magna CVT will retail at Rs 7.04 lakh ex-showroom, while the range-topping  Asta CVT has been priced at Rs 8.16 lakh ex-showroom 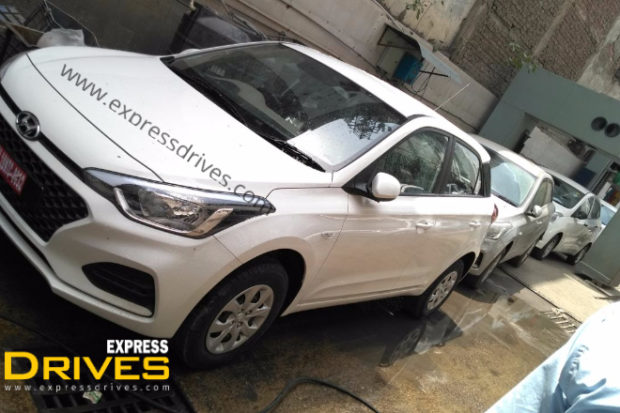 2018 Hyundai Elite i20 CVT:  The new facelifted 2018 Elite i20 was launched at the Auto Expo 2018, while the new model added a whole host of new features and styling to make the Elite i20 a bit more relevant in comparison to the competition like the Maruti Suzuki Baleno hatch. At the launch of 2018 i20 Hyundai had said that they would launch a CVT equipped i20 by May, and it would be much cheaper than the existing variant.  Driven by the fact that the i20 CVT would be launched with a 1.2-litre engine for the first time,  which would not only allow them to pay taxes at a much lower bracket but also allow for more savings since the 1.2litre Kappa engine is heavily localised. For a city car like the Hyundai Elite i20 in 2018, the automatic gearbox has become more of a vital commodity rather than a luxury. A few months, after the new i20 was launched, Hyundai not to be left behind for want of a feature have added a CVT version to the petrol i20. Bringin it at par with the likes of the Maruti Suzuki Baleno. 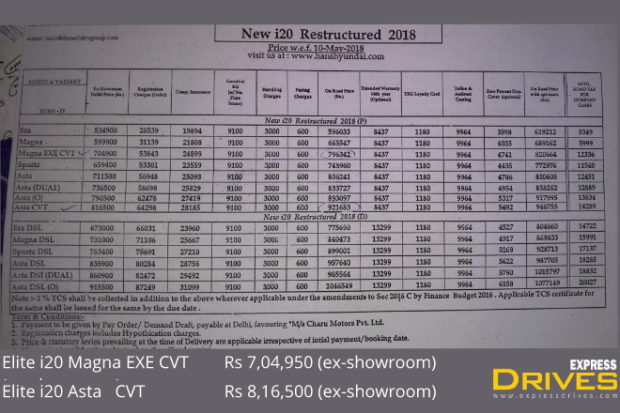 According to our sources in a Delhi based dealership, bookings for the upcoming Elite i20 are already open with CVT fitted 2018 facelifted i20’s already arriving for customer tests at the showroom. As far as we can tell the Elite i20 carries forward the 5-speed CVT unit previously used on the i20, but Hyundai has included the option on two model, the Magna and the Asta. However, Hyundai’s CVT will not come cheap costing almost a full lakh more than the non-automatic trims of the same model. The Magna CVT will retail at Rs 7.04 lakh ex-showroom, while the range-topping  Asta CVT has been priced at Rs 8.16 lakh ex-showroom. Although, as of now, we are unable to confirm what trims will be available on these two automatics. 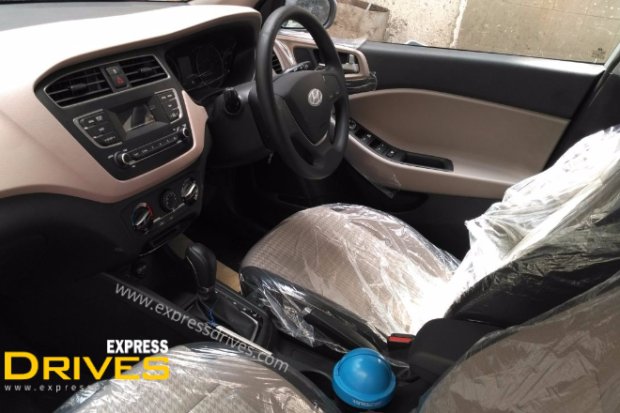 Alongside, this Hyundai has also released post-introductory prices to the launch price of the Hyundai i20, as shown above. These prices show a slight rise since introduction although these prices were expected to be revised. Hyundai has launched the 2018 Elite i20 CVT in the midst of what is supposed to be a slew of new launches from Hyundai, that started with the facelifted Active i20 earlier this month. This launch is likely to be followed by the launch of the much expected Hyundai Creta facelift set to launch later this week.