The base variant will now be called E and an all new variant called E+ would be added. The new Xcent will be available in five variants, namely E, E+, S, SX and SX(O) 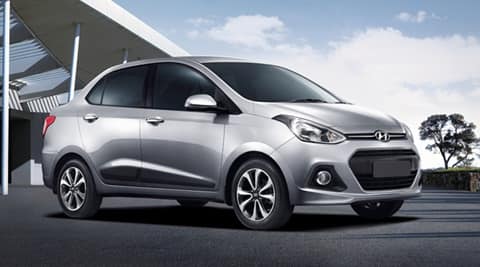 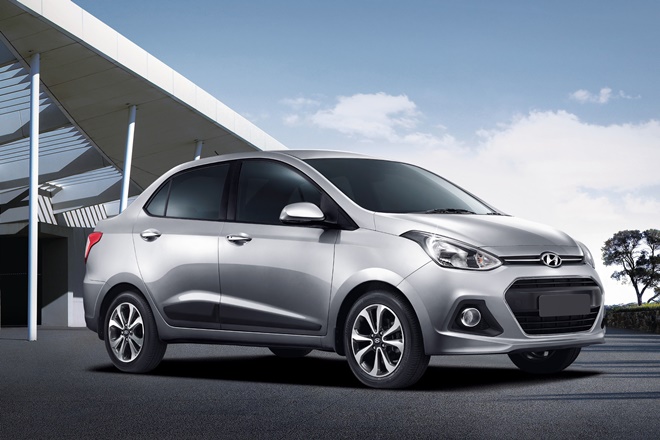 Hyundai is all set to launch the 2017 Xcent on 20th April. Ahead of its official launch, the car had been spotted being tested and even at a dealership’s stockyard. An image of a brochure listing the car’s variants, new additions and deletions, in terms of features, was leaked some days back on TeamBHP. We reported earlier that the base variant would now be called E and an all new variant called E+ would be added. The upcoming 2017 Xcent will be available in five variants, namely E, E+, S, SX, SX(O).

Hyundai has also added new features that include a new 7-inch touchscreen infotainment system with Apple CarPlay and Android Auto, along with multi-function steering wheel with voice recognition. Apart from this, the carmaker has also equipped the sub-four metre car with exterior features like DRLs (Daytime Running Lamps) and fog lamps. With a refreshed list of features, the price of the new Xcent is likely to be raised slightly compared to the exixting model, and it is expected the car will be priced between Rs 5.90 lakh and Rs 8.70 lakh (ex-showroom, Delhi).

Following is a detailed listing of features added and deleted from the variants of the 2017 Xcent:

E is the base variant of the new Xcent, and comes with the following features: Passenger airbag, hub cap, alternator management system (AMS), standard IRVM. However, the base variant has been stripped off of features like ABS, full wheel covers, blackened B pillar, vanity mirror, didgital clock, rear seat armrest and day/night IRVM.

Since many features have been deleted from the base variant, a new variant has been added above E, which will come with a long list of features unavailable in the base variant. However, E+ does not come with ABS, vanity mirror or internally adjustable ORVMs. The features are: