2017 Ford Ecosport: This is the new 1.5-litre petrol engine that will power it! 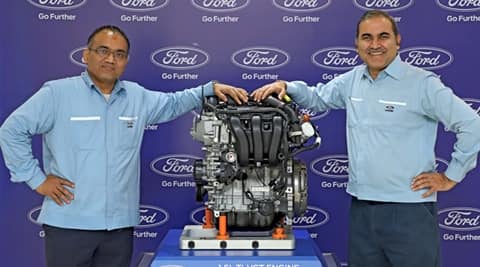 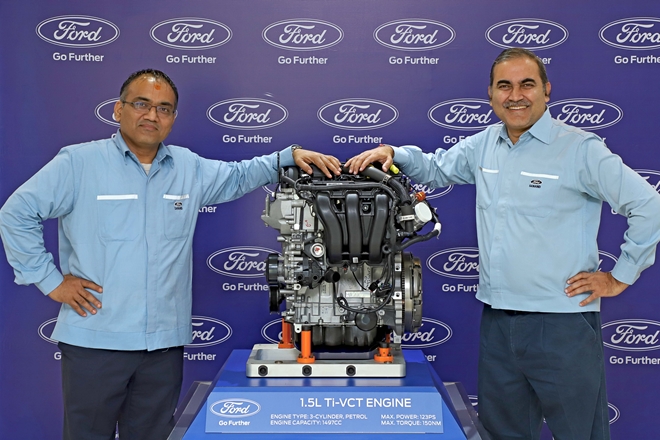 Ford’s Ecosport is just around the corner and that means that Ford’s plant in India, needed to have started manufacturing the new engine set to make a debut in the Ecosport. The all-new engine is a part of Ford’s new family of engines called the Dragon Family. The 1.5-litre Ti-VCT three-cylinder petrol earmarked for India, that will share its spec sheet with the global engine. Ford factory in Sanand, Gujrat will be producing the engine for the car for the Indian as well as global markets. Ford’s engineering team in India has been an intrinsic part of the development of the engine, from design to development and production. More importantly, the engine will have more than 80% of its parts sourced from local suppliers.

“Ford’s promise to give the power of choice to consumers in India today is not just limited to the world-class product portfolio. We are proud to offer some of the most efficient, and advanced powertrains – ranging from 1.0 Litre EcoBoost to 5.0 Litre V8,” said Anurag Mehrotra, president and managing director of Ford India.“With India taking the lead in producing our new, highly advanced petrol engines, we remain committed to making in India and bring products and technologies that Indian customers want and value,” Mehrotra added.

The three-cylinder engine will be naturally aspirated, apparently setting aside Ford’s previous entanglement with smaller turbocharged engines. At least temporarily. Ford Ti-VCT technology, allows the intake and exhaust cam to function independently of each other in varying conditions. The result is faster throttle response and better fuel efficiency.

The all-new 1.5-litre Ti-VCT petrol engine will produce an exciting 123 PS of peak power and 150 Nm of torque, the best for any motor in this class. Despite being a three-cylinder engine, which is inherently noisier and has more vibrations to report, Ford claims that this engine will have to benchmark NVH levels once in the car.