The 2017 Ford EcoSport facelift will get a major update this time including a new petrol engine, new body colour options as well as new exterior and interior features. 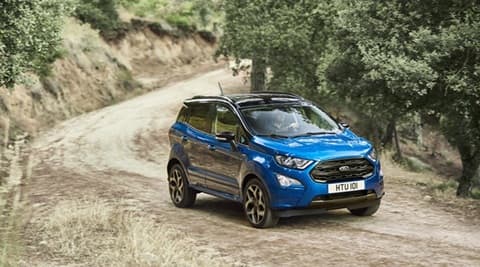 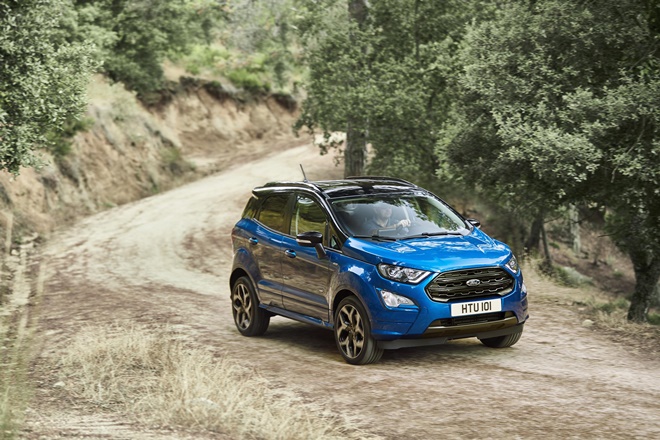 Reports on the 2017 Ford EcoSport have been doing rounds for quite some time now and its launch is now around the corner. Ford had revealed the much awaited compact SUV earlier in the European market and is expected to be launched in India after the festive season. Recently, the upcoming EcoSport’s top version – Titanium S diesel was been spied by Team-BHP.com without camouflage, revealing its new bright blue colour. This could mean that the company will introduce the new Titanium S variants for the 2017 model that will get additional features over the current Titanium Plus version. The new compact SUV, as seen in the images, gets a major upgrade at the front that includes a more prominent and larger front grille than the outgoing model. The car manufacturer has also updated the headlamps and fog lamps, which are now angular and sharper. The body coloured front bumper also merges into the black plastic cladding below it. Other exterior features such as new alloy wheels, spare wheel cover and black roof are also a part of the upgrade on the new 2017 EcoSport facelift. 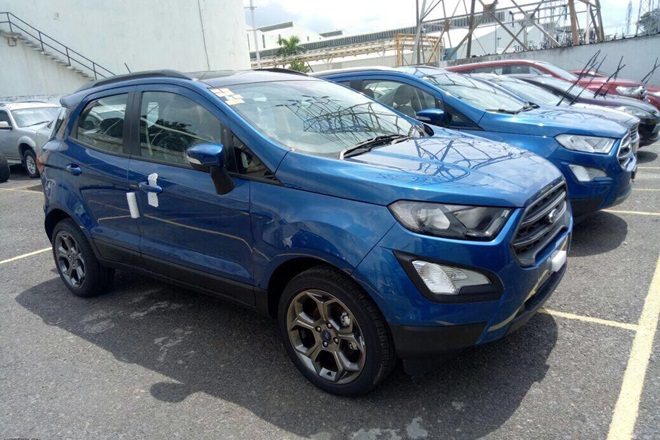 Just like the exterior, the cabin too gets many updates in the form of a pop-up style infotainment screen mounted in the centre of the dashboard. The infotainment system has been replaced with Ford’s button-mania setup and will get the Ford SYNC 3 software, Bluetooth, Android Auto & Apple CarPlay. The dashboard also gets a dual-tone black and beige colour combination and there are minimal changes made to the instrument cluster as well as the steering wheel. Ford India will also equip the 2017 EcoSport facelift with comfort and convenience features like cruise control, speed limiter, rear-view camera and automatic climate control. 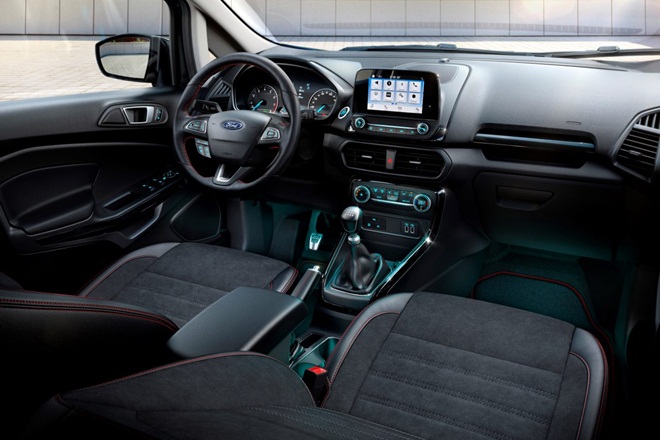 Another major change that will be made on the 2017 Ford EcoSport will be its all-new 1.5 litre Ti-VCT three-cylinder petrol engine from Ford’s Dragon family of engines. This naturally-aspirated petrol unit will produce 121 hp of maximum power and 150 Nm of peak torque and is said to deliver improved fuel efficiency. The engine is expected to be paired to a five-speed manual gearbox and a six-speed automatic transmission. The new Dragon petrol unit will have more than 80 percent of its parts sourced from local suppliers. Ford claims that the all-new engine will have low NVH levels. The engine will be produced at the company’s plant at Sanand in Gujarat for both domestic and global markets.