Here is a list of 10 upcoming vehicles under Rs. 15. lakh (ex-showroom). The Indian market will see launches in almost every segment in this price bracket. 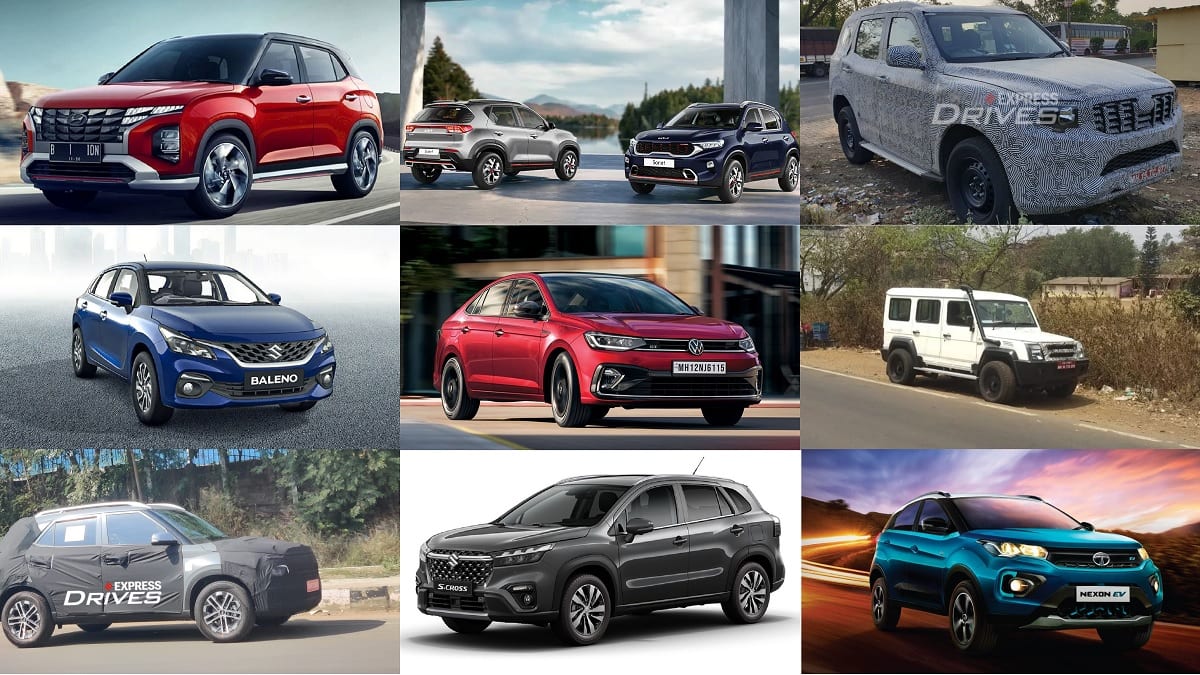 The Indian market is ready to witness a slew of launches in the next couple of months. A host of new SUVs, MPVs, and EVs will enter the space to lure customers. Despite all the challenges that the industry is facing currently, the Indian market is unfolding rather gracefully. So, here’s the list of 10 upcoming cars under Rs. 15 lakh.

The Nexon EV stands out as the best-selling electric vehicle in the Indian market. Tata Motors is working on its updated avatar, which is rumoured to come with a bigger battery pack to offer increased range. The long-range iteration of the Nexon EV might see a cut in its boot capacity as the battery is likely to eat some space in the trunk.

The German brand has announced the launch date of its upcoming sedan – Virtus. It will officially go on sale in the country on June 9. The new Volkswagen Virtus is based on the MQB-A0-IN architecture, which also underpins the Taigun and Skoda Slavia. The Virtus is slightly longer than the Slavia. Also, it is a looker in the top-of-the-line GT trim. The Virtus will come with two engine choices – 1.0L TSI and 1.5L TSI.

Force Gurkha is often referred to as the desi G-Wagen. However, it is currently sold in a 3-door avatar only. Nevertheless, Force is keen on answering the demand for the 5-door Gurkha. Production-ready test mules of the Gurkha have been spotted in broad daylight, and the launch is expected to be around the corner. The Force Gurkha 5-door will offer more practicality along with comfortable seating for 6/7 occupants.

The facelifted Hyundai Creta is already launched in the international market. While the Indian audience is kept away from the updated Creta, it is expected to make its way to us by either late this year or early next year. Major changes on the facelifted model include a new face with 2022 Hyundai Tucson inspired radiator grille, refreshed alloy wheel design, resculpted tailgate, and ADAS safety features.

Another Hyundai offering on this list is the facelifted Venue. The test mule of the Hyundai Venue facelift is seen on our roads. Hence, it is safe to assume that Hyundai is planning to launch it soon in our market. The updated model will feature a distinctive front fascia, while the rear profile will be an updated affair as well. Sideways, the changes will include new alloy wheels and roof rails.

Maruti Suzuki is on a roll to update most of its models. The list also includes the S-Cross. The new S-Cross has been introduced in foreign markets, and it is now expected to make its way to our shores. With a fresh design, reworked powertrain, and a new 6-speed automatic gearbox, the S-Cross will give tough competition to its key rivals – Volkswagen Taigun, Skoda Kushaq, and MG Astor.

Maruti Suzuki has confirmed that the first CNG model from its Nexa range will be the updated Baleno. The company-fitted CNG kit will be seen on the premium hatchback soon. Expect the Baleno S-CNG to be offered in more than one variant. The launch is assumed to happen by the festive season this year.

Currently, almost every carmaker is trying to make its perfect move in the mid-size SUV space. The country’s largest automaker – Maruti Suzuki, is also on its toes to test water in this segment. However, the SUV will be developed in collaboration with another Japanese manufacturer – Toyota. The Toyota-Maruti Suzuki mid-size SUV is likely to be revealed by this year itself.

The Mahindra Scorpio to ready shed veils in an all-new avatar. Well, almost everyone knows about it, as the production-ready mules of the new-gen Scorpio have been snapped inside-out by now. The unveiling is anticipated on Independence Day this year, while the launch is assumed to happen on October 2.

Carmakers are now offering factory-fitted CNG kits, and a warm response has been received from the consumers’ end on the new models. Now, Kia is also preparing to enter this space with its most-affordable offering – Sonet. The Kia Sonet CNG was recently seen on test for the first time, and it is likely to be first-ever turbocharged vehicle to come with a factory-fitted CNG kit.