Situated on the NH-62 Jodhpur-Pali Expressway, the Om Banna Dham or Bullet Baba temple is one-of-its-kind in the world. It is believed that even today, Om Banna’s spirit rides his Royal Enfield Bullet 350 on the said highway and helps the distressed travellers. Recently, we gave a visit to this temple and here is the complete story behind this shrine. 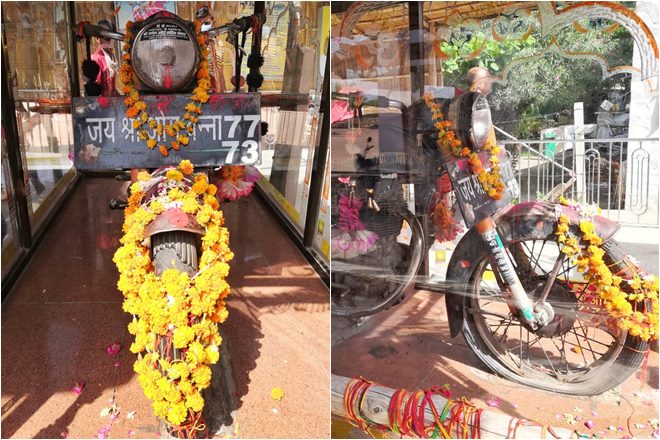 You must have seen people worshipping different Gods but have you ever seen a motorcycle being worshipped and moreover, has a temple built on its name? Well, this is the story of a Royal Enfield Bullet 350. We recently gave a visit to this famous temple in Rajasthan where riders and people from across the country come to bow down for their happiness and safety. Yes, we are talking about Om Banna Dham or Bullet Baba temple that is situated on the NH-62 Jodhpur-Pali Expressway, around 50 km away from Jodhpur and 20 km from Pali. Interestingly, our companion for this journey was a Royal Enfield too, the Interceptor 650. Here is the story of Om Banna temple and why this is a one-of-its-kind temple in the world. Also, after you finish reading the story, let us know your thoughts on Om Banna Dham and we would love to hear from you. 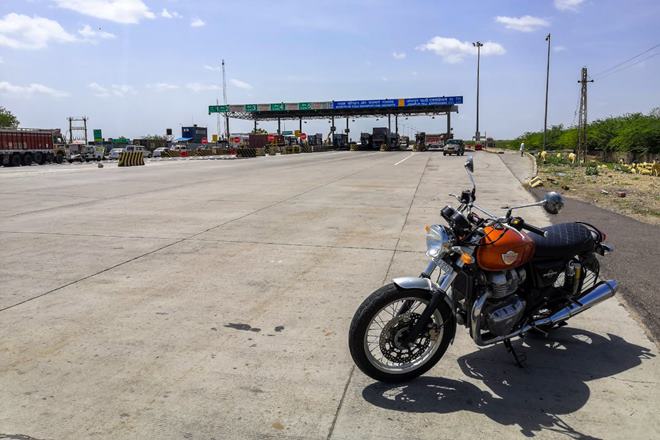 Almost 30 years back, on one fateful night, Om Singh Rathore, a young lad was riding down from Bangdi to his Chotila village near Pali in Rajasthan when he lost control of his bike. The bike hit a tree and Om died on the spot. The local police took the bike into their custody but the very next day, the bike mysteriously disappeared from the police station where it was parked and was found at the accident site. Initially, the cops thought that it is an act of some anti-social element and hence, they took the bike to their police station again and this time, Om Banna’s Royal Enfield Bullet 350 with registration number RNJ-7773 was locked with chains and the fuel tank was emptied. 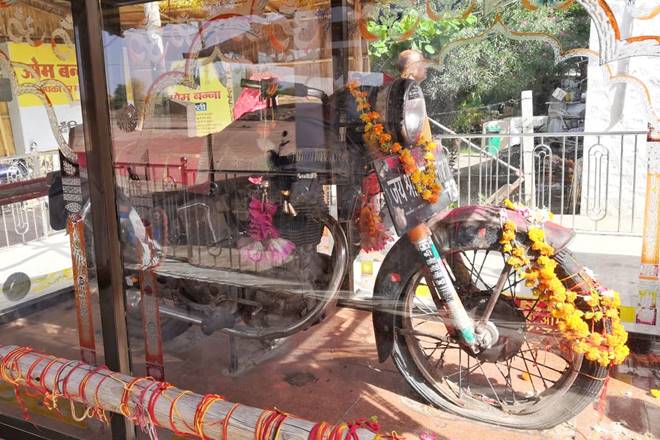 To everyone’s surprise, despite all these efforts, the motorcycle appeared at the accident site the next day as well. Every attempt by the policemen to keep the bike at their police station failed as every time, the bike returned to the accident site on its own before dawn. Soon after, the news spread to the nearby villages like wildfire and since then, villagers started worshipping the ‘Bullet Bike’ and the temple was named Bullet Baba or Om Banna Dham. It is believed that even today, Om Banna’s spirit rides his motorcycle on the NH-62 Jodhpur-Pali highway where the accident took place and helps the distressed travellers. Moreover, there is also a belief that suggests that Om Banna’s spirit keeps the travellers safe as the villagers believe that the road accidents around Chotila village have reduced drastically in the last few years, especially after Om Singh Rathore’s demise. Om Banna’s bike at the temple is said to fulfill wishes & prayers of the people who visit Om Banna Dham and is believed to have divine superpowers. 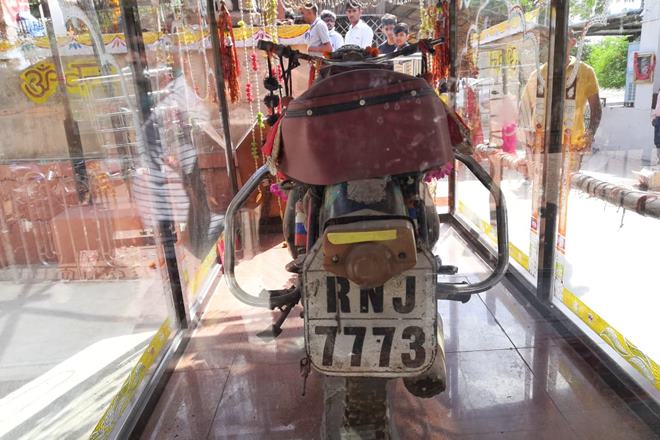 One of the most popular beliefs is that you should stop and give a visit to the said temple if you are crossing by on the Pali-Jodhpur highway and doing so will keep you safe during your journey. On the other hand, villagers also say that if you ignore the temple and go straight without stopping here, you are bound to meet with an accident. The faith of villagers on Om Banna is certainly praiseworthy and no matter if you love motorcycles or not, you should definitely visit Om Banna or Bullet Baba temple at least once in your lifetime!