Upcoming motorcycle launches in India in 2017

If you are looking forward to upgrading your motorcycle or are buying your very first, this list might come in very handy to you 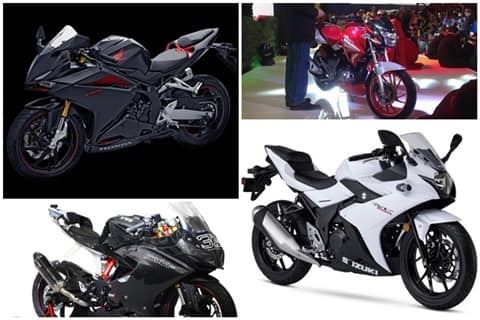 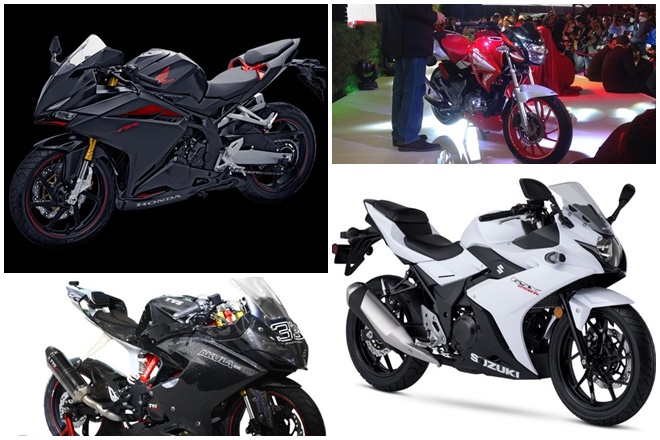 Attention all motorcycling enthusiasts! Multiple brands are poised to launch some brand new set of wheels this year. From sports to naked street-fighters to cruisers, there is a little something for every type of motorcyclist. Good news is that motorcycling scenario is changing for the better in India. More and more manufacturers are coming up with powerful bikes, and are visibly directing efforts to make them better. Following are some of the motorcycles that are launching or are expected to launch in 2017. If you are looking forward to upgrading your motorcycle or are buying your very first, you might find this list very handy.

Bajaj Auto will launch the new Pulsar 150NS, the younger sibling of the 200NS, in India by end of this year. The upcoming Pulsar 150NS will be powered by a 149.5cc twin-spark, four-valve air-cooled engine, similar to the Pulsar 150AS. The engine will produce 15 hp of power and 13 Nm of torque and will be mated to a five-speed gearbox. The Pulsar 150NS will borrow its design cues from the 200NS. Other highlights of the Pulsar 150NS will include analogue-digital instrument console, 17-inch Y-spoke alloy wheels, electric start and kick start options. The 150NS will only get a disc brake at the front. Expected price: Rs 73,000 (ex-showroom) Expected launch: December 2017

Yamaha are updating their R15 with an improved engine and some cosmetic updates. The YZF R15 V3.0 will carry the same 149 cc liquid-cooled, four-stroke, single cylinder engine, which also powers the current R15 V2.0 model, however it will be tuned to churn out better power figures and will be paired to six-speed transmission. The current model produces 15 hp of power and 15 Nm of torque. Expected price: Rs 1.30 lakh (ex-showroom). Expected launch: mid-2017 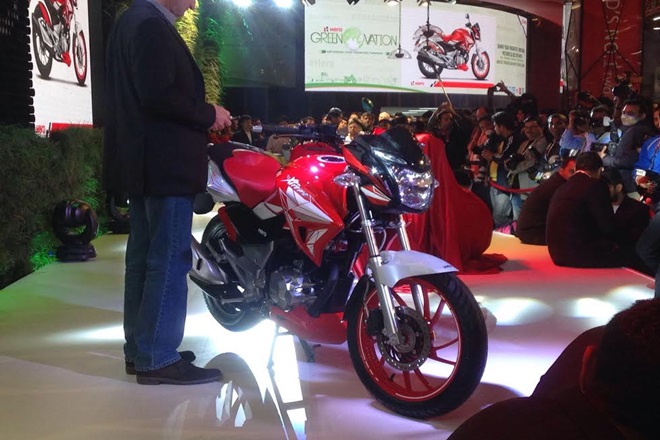 First showcased at the 2016 Auto Expo, Hero MotoCorp will launch the Hero Xtreme 200S in the later half of 2017. When launched in India, the Xtreme 200S will be the first 200 cc naked sportsbike by the two-wheeler maker. The Xtreme 200S is likely to be powered by a 200 cc air-cooled, single cylinder engine that is expected to produce maximum power of 18.6 hp and 17.2 Nm of torque and will be paired to five-speed transmission. The motorcycle is also expected to feature dual-tone body colours, mudguards and alloy wheels at both the ends. Expected price: Rs 90,000 (ex-showroom) Expected launch: mid-2017 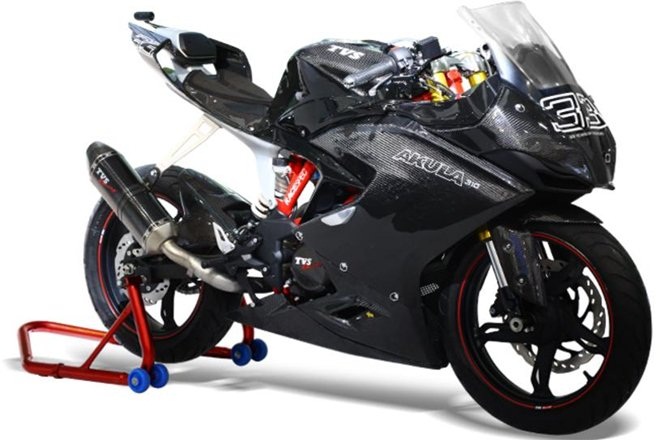 A much awaited sports motorcycle from a homegrown brand, TVS, the Akula 310 is likely to be launched by June this year. It was first showcased at the 2016 Auto Expo as a concept. The Akula 310 will be powered by a 310 cc, single-cylinder engine that is expected to develop about 35 hp and will be mated to six-speed transmission.

The bike has been co-developed by TVS Motors and BMW Motorrad, and carried the same engine as the BMW G310 R. Expected price: Rs 2 lakh (ex-showroom). Expected launch: June, 2017 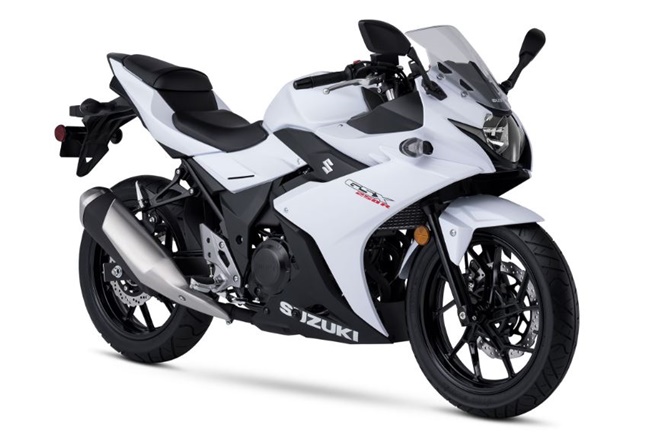 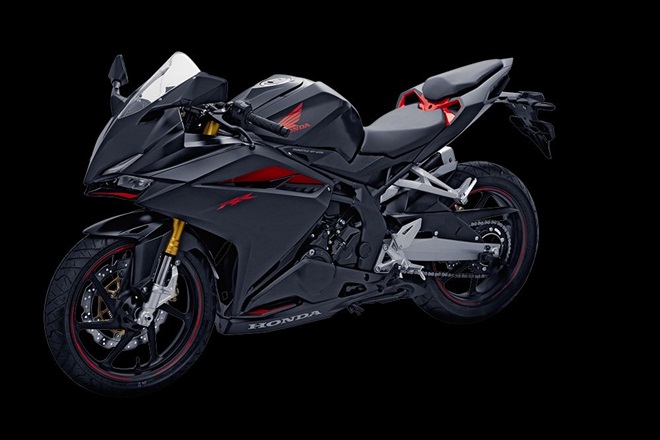 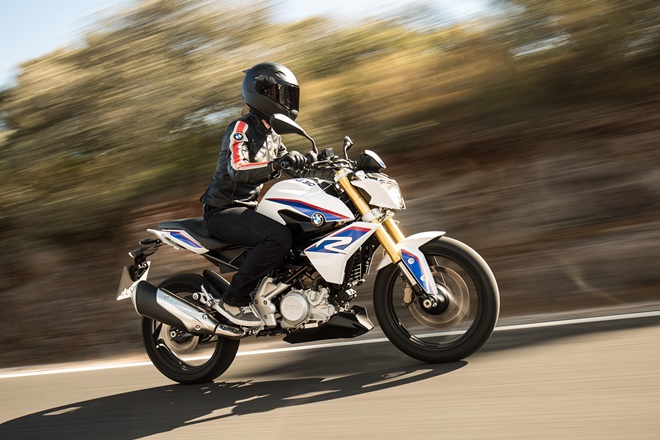 BMW Motorrad’s entry level motorcycle, the G310 R was slated for launch in April along with the launch of the brand in the country, however the German brand postponed the launch owing to pricing and quality concerns. The G310 R is manuafctutred at the same plant as TVS Akula 310 and also shares the engine with it, however th eengine is tuned to produce more power. BMW Motorrad is also likely to launch its adventure tourer cousin, the G310 GS in India soon. Expected price: Rs 2 lakh (ex-showroom) Expected launch: end 2017 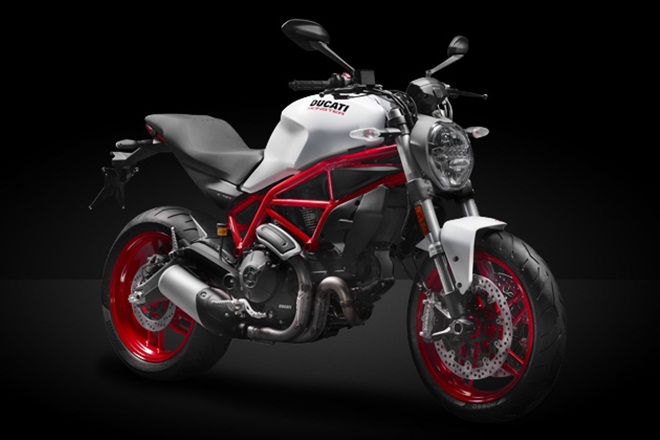 Ducati are launching five new models in India this year. The models in question are the Multistrada 950, the Monster 797, the Scrambler Desert Sled, Scrambler Café Racer and the SuperSport. Ducati will begin with these launches in June 2017. Also read: Ducati India’s 2017 model lineup prices leaked, launch by mid-2017 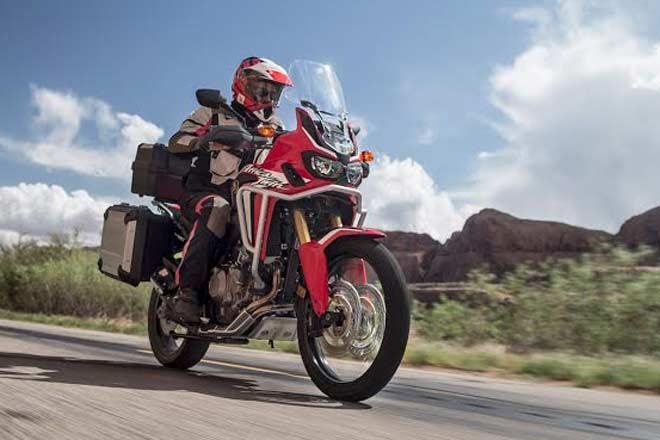 Honda Motorcycle and Scooter India (HMSI) is to launch their adventure tourer, the Africa Twin in India. First showcased at the 2016 Auto Expo, the Africa Twin will be sold through the CKD (completely knocked down) route. It would be pitted against the Triumph Tiger, BMW 1200GS and the Ducati Multistrada Enduro.

The Africa Twin will be powered by a 998 cc parallel-twin petrol engine that produces 94 hp of power and 98 Nm of torque. The motorcycle will get features, such as adjustable seat height, dual headlamps and tapered aluminum handlebar for better riding posture, along with safety equipment like ABS that can be switched off and traction control system with three stages. Expected price: Rs 13-14 lakh (ex-showroom). Expected launch: mid-2017.