From affordable retro bikes and EVs to a big fat Harley-Davidson, check out the upcoming bikes in India in December 2021. The list includes the likes of new-gen KTM RC 390, Honda CB300R BS6, Harley-Davidson Sportster S, etc.

December is going to be a delightful month for motorcycle enthusiasts. The special edition of the India Bike Week 2021 has been scheduled for 4th & 5th December 2021, and a bunch of new two-wheelers will be launched at the event. So, in this article, we have shared with you a list of all the upcoming two-wheelers that are scheduled to launch in India in the month of December 2021. The list includes affordable retro bikes and EVs to a big-fat Harley-Davidson.

Upcoming Bikes in India in December 2021 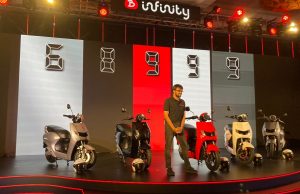 Honda will launch the Anniversary Edition model of the H’ness CB350 on December 4, 2021, at the India Bike Week. The Anniversary Edition of this retro motorcycle will most likely get some cosmetic updates over the standard model. However, its mechanicals will remain unchanged. It will continue to get a 348.3cc, single-cylinder, air-cooled, fuel-injected engine that develops 20.7 hp of power and 30 Nm of peak torque. The engine comes mated to a 5-speed manual gearbox. 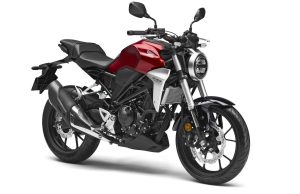 Along with the H’ness CB350’s Anniversary Edition, Honda will also launch the BS6 compliant version of the CB300R in India on 4th December at the India Bike Week 2021. India will be the first country to get the BS6/Euro-5 version of the CB300R. The BS4 model of the motorcycle used to get a 286cc, single-cylinder, liquid-cooled, engine that was good for 31 hp of power and 27.5 Nm of peak torque. The engine will come mated to a 6-speed manual gearbox.

After launching the new RC 125 and RC 200 in October this year, KTM India is now all set to introduce the new-generation RC 390 this month. The new 2022 KTM RC 390 gets a host of cosmetic updates along with a bunch of new features. It is powered by a 373.2cc, single-cylinder, liquid-cooled, fuel-injected engine. This motor develops 43 hp and 37 Nm of peak torque (1 Nm more than before). The engine comes mated to a 6-speed manual gearbox. 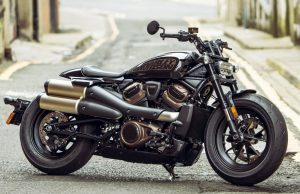 Finally, the last motorcycle on this list is the Harley-Davidson Sportster S. The launch of the new Harley-Davidson Sportster S will take place on December 4, 2021, at the India Bike Week. It will be the second big launch from the company after their tie-up with Hero MotoCorp, the first one being the Pan America 1250. The new Sportster S will be powered by a 1250cc V-twin motor that develops 121 hp of maximum power and 127 Nm of peak torque. The engine will come mated to a 6-speed manual gearbox and it will get a slipper clutch too.