The new 2019 Bajaj Dominar has been spotted testing once again. This time, the bike has been snapped with camouflage that does not give a clear idea of the exact visual changes. The launch of the new Dominar 400 is expected to take place by the end of this year. 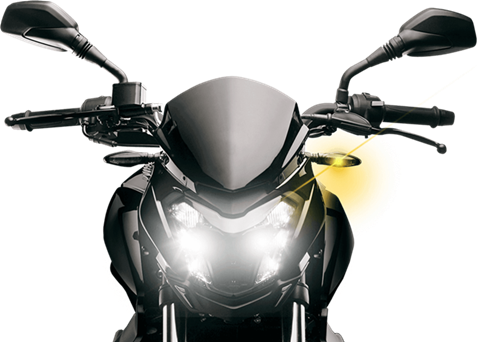 The new 2019 Bajaj Dominar 400 has been spotted once again undergoing test runs. This time around, the bike has been spotted wearing heavy camouflage due to which the exact visual changes are not visible properly. The new Dominar 400 is expected to come with new graphics and new colour options in order to look more premium and desirable than the existing model. One of the most significant changes on the new 2019 Bajaj Dominar 400 is the inclusion of upside-down forks as against conventional telescopic forks on the present day model. Another change in the new model is the new twin pod exhaust unit that should produce a better note than the outgoing model.

Mechanically, there will most likely be no changes on the new Bajaj Dominar 400. With that being said, the bike will get power from the same 373cc, liquid-cooled engine mated to a six-speed transmission, churning out 34.5 bhp of power along with 35 Nm of torque. Reports on the internet suggest that the new Bajaj Dominar 400 will also get a ride-by-wire throttle that will result in a crisp throttle response and a seamless power delivery. Prime highlights of the Bajaj Dominar 400 include full LED headlamp, fully digital instrument cluster, dual disc brakes with a dual-channel ABS (Anti-Lock Braking System) and a lot more.

The sales of Bajaj Dominar have not been able to meet the expectations of the manufacturer and in fact, the numbers have been dropping since the last few months. Well aware of this, the company will be rolling out the new model in hope of better sales numbers and if the company does not hike the price much with the new model, the step can definitely work in its favour. The new 2019 Bajaj Dominar 400 is expected to be launched in India in the coming weeks at a slightly higher price than that of the outgoing model.

More on this coming soon, so stay tuned with us!