Top Gun 2 is set to release on 26 June next year. That is still a lot of months before Captain Maverick’s glory takes over our screens. So, until then, here’s a look back at the coolest Tom Cruise motorcycle moments that have been and well be. 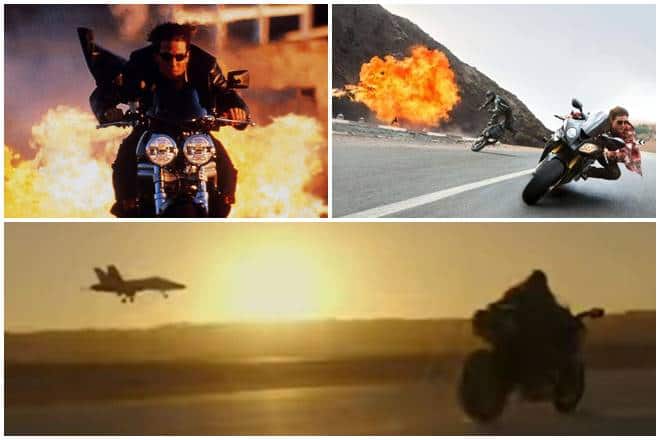 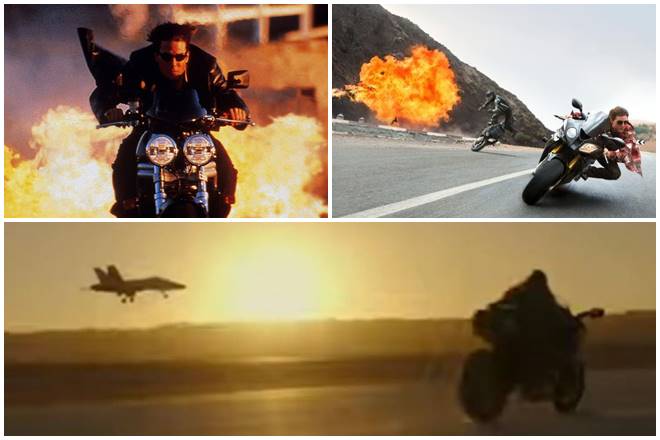 Top Gun is about to relive on our screens soon and we can’t wait to see Maverick being nothing but magnificent behind the joystick of a fighter jet or behind the handlebar of a pretty iconic Kawasaki. Yes, Top Gun 2 movie trailers have confirmed that Kawasaki GPZ900 will be back on the silver screen. Tom Cruise is one of the most revered motorcycle people in Hollywood. The other hotshot motorcyclist would be Keanu Reeves but let’s just focus on the Cruise missiles for now. 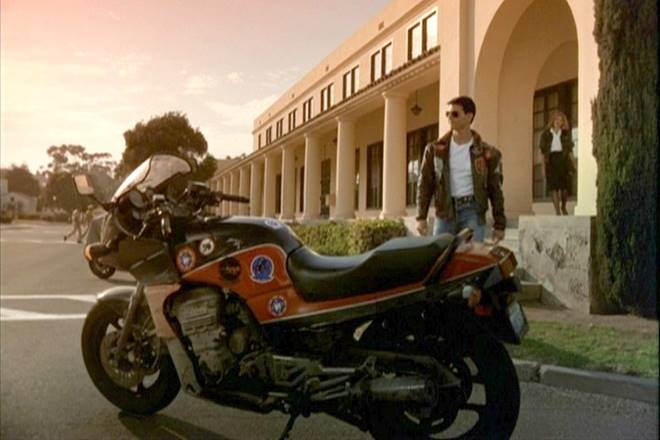 Tom Cruise has been doing it for decades – including motorcycles in his films. Years before a lot of us were even born, Cruise rode the Kawasaki GPZ900R for the big screen as Captain Maverick in Top Gun 1986. If you like motorcycles, this one is every bit of a celebrity as Mr Cruise is and we’ll also see it in the upcoming Top Gun 2. 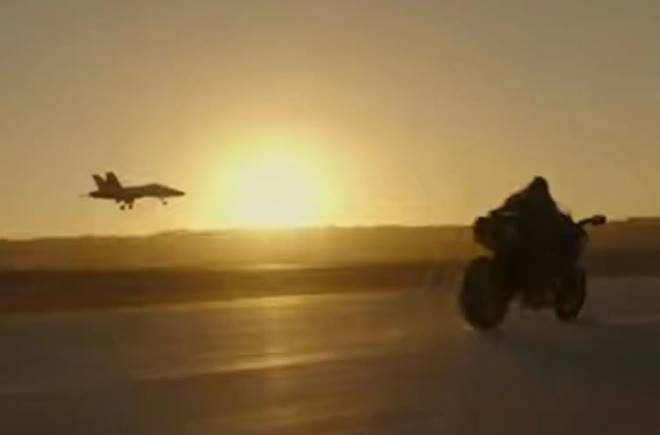 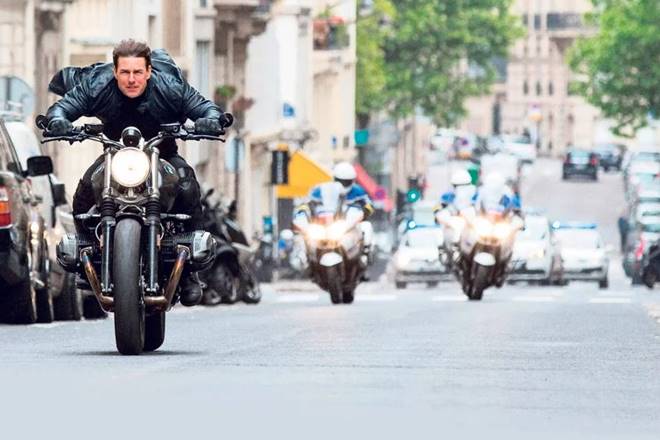 The chase scenes make up a huge of reasons why we love Mission Impossible films. MI: Fallout had Cruise riding a BMW R nine T Scrambler on the streets of Paris and around the Arc de Triomphe against the flow of the traffic. Fun fact: an electric bike was used to film the tracking shots of the chase scene. 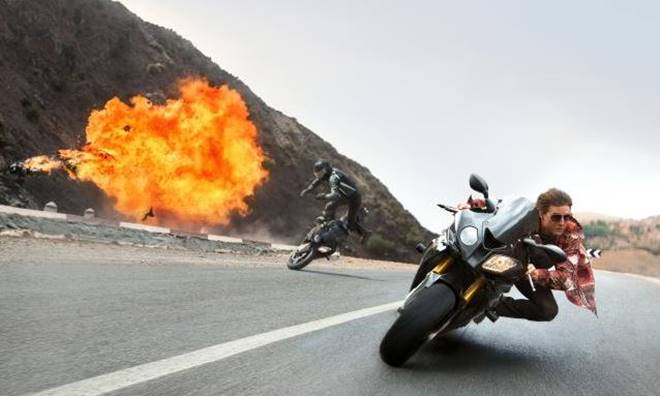 This one was perhaps the coolest chase scene of all Mission Impossible films (if you’re not still swooning over 2000 Mission Impossible 2 Tom Cruise). Rogue Nation had a load of BMW Motorrads but we love the crooked-faced S1000RR doing high-speed corners with a Tom Cruise on it. 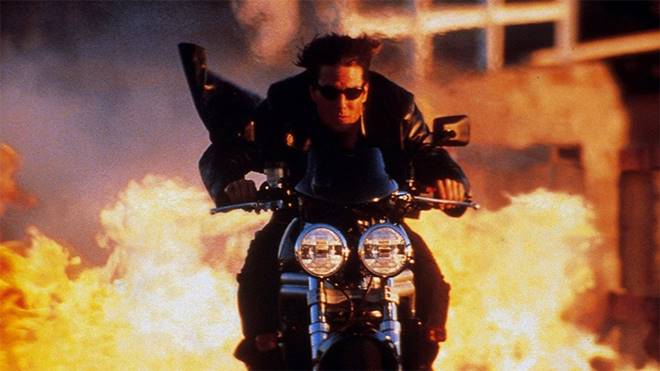 We’re mentioning this one twice because we haven’t stopped swooning over it. This chase scene with Cruise on a Speed Triple and the baddie on a Daytona remains on the top of the list of MI film chase scenes. The dual ‘bug-eye’ headlamp design and polished frame gave the bike a strong streetfighter look that became the trademark of the series, especially the shot where Cruise emerges from a cloud of flames astride the Speed.