From Royal Enfield’s most affordable motorcycle to Honda’s latest maxi-scooter, check out all the upcoming bikes in India in August 2022. The list includes the likes of the Royal Enfield Hunter 350, Honda Forza 350, and more. 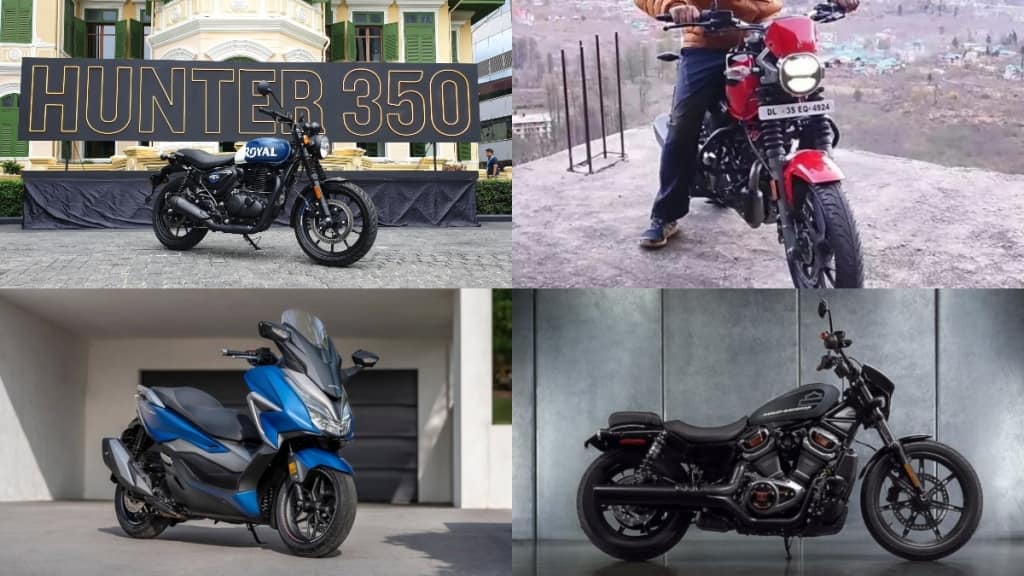 August is going to be an interesting month for the Indian motoring industry with several key launches lined up across the price range. From Royal Enfield’s most affordable motorcycle to Honda’s latest maxi-scooter, many new two-wheelers are on our way. Here, we have listed the Top 5 Upcoming Bikes in India in August 2022. The list includes the likes of the Royal Enfield Hunter 350, Honda Forza 350, and more.

Upcoming Bikes in India in August 2022:

Royal Enfield will finally launch the much-awaited Hunter 350 in India today. Powering this retro motorcycle will be a 349cc, single-cylinder, air-oil cooled, FI motor that churns out 20.2 bhp and 27 Nm of peak torque. The engine comes mated to a 5-speed manual gearbox. Upon launch, the Hunter 350 is expected to be the most affordable Royal Enfield motorcycle on sale in India.

Honda will launch a new two-wheeler in India on August 8. While the company is tight-lipped about the product details, it is expected to introduce the Forza 350 maxi-scooter. The all-new Honda Forza 350 is powered by a 329.6cc, single-cylinder, liquid-cooled engine that develops 28.8 bhp and 31 Nm, paired with a CVT. It gets traction control and dual-channel ABS as standard.

Hero MotoCorp is expected to launch the updated Xpulse 200T 4V in India this month. It will get a new uprated 200cc 4-valve engine, cosmetic updates, and some new features. Powering the motorcycle will be a 199.6cc, single-cylinder, oil-cooled, fuel-injected, 4-stroke, 4-valve engine. This motor churns out 18.9 bhp and 17.35 Nm of peak torque, paired with a 5-speed manual gearbox.

Harley-Davidson is expected to launch the Nightster in India by the end of this month. The new Harley-Davidson Nightster will be a more accessible sibling of the Sportster S. It will be powered by a 975cc V-Twin Revolution Max engine that will churn out 88 bhp and 95 Nm of torque. The engine will be paired with a 6-speed gearbox.

Italian motorcycle brand, Moto Morini, will make its India debut soon with the launch of four motorcycles. One of them is likely to be the Moto Morini X-Cape 650 adventure motorcycle. Powering this motorcycle will be a 649cc, liquid-cooled, parallel-twin engine that churns out 60 bhp and 54 Nm, paired with a 6-speed manual gearbox.