Royal Enfield’s Vallam Vadagal plant will be its third manufacturing facility and will produce motorcycles for India and international markets. 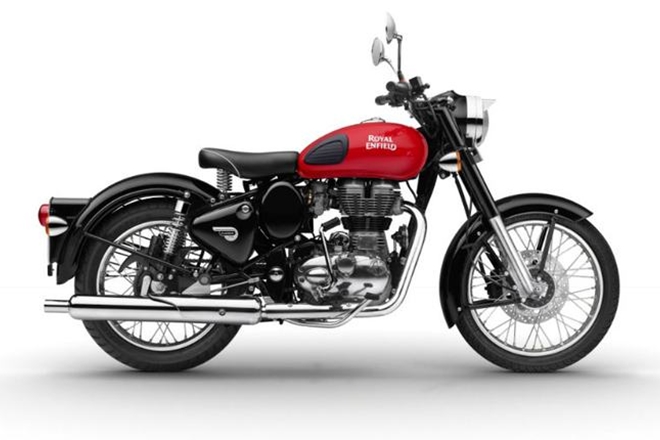 Royal Enfield has announced the beginning of commercial production at its new manufacturing plant at Vallam Vadagal near Chennai, Tamil Nadu. Spread over 50 acres, the Vallam Vadagal plant will be Royal Enfield’s third manufacturing facility and will manufacture Royal Enfield motorcycles for India and international markets. In FY 2017-18, the combined production capacity from all the three plants is planned to be 825,000 units. In FY 2016-17, Royal Enfield produced and sold 667,135 motorcycles, nearing its installed capacity. Royal Enfield acquired a 50-acre plot in Vallam Vadagal in October 2014 as the site for its third manufacturing facility. The construction of the facility started 15 months back and has been completed in record time. The new facility has been benchmarked to the highest level of quality and productivity. The capacity in this facility will enable the company to meet its next level of growth.

Royal Enfield’s sales have grown at a compounded rate of over 55% over the past 6 years. The order book continues to be strong and there is a large unmet demand. In FY 2017-18, the company plans to invest Rs 800 crores, largely towards capacity expansion at Vallam Vadagal, new products and platforms, and technical Centres in Leicester, UK and Chennai, India. This investment will be funded through internal accruals.

In terms of the company’s product portfolio, Royal Enfield in closing in on launching a 750cc motorcycle which would go up against the likes of Harley-Davidson Street 750. The motorcycle has been spotted testing in India several times.

You may also like: Royal Enfield modification: 12 accessories under Rs 10,000 to make your Bullet stand out

The new motorcycle’s 750cc engine is expected to generate around 50 hp and 60 Nm of torque. This engine would be mated to a 6-speed gearbox and will have a 270-degree crank angle for a throatier exhaust note.