The specs reveal that the Twins are likely to be light and agile motorcycles, and even suggest that there will be no Kickstarter on the twins, with braking coming from front and rear disc brakes. 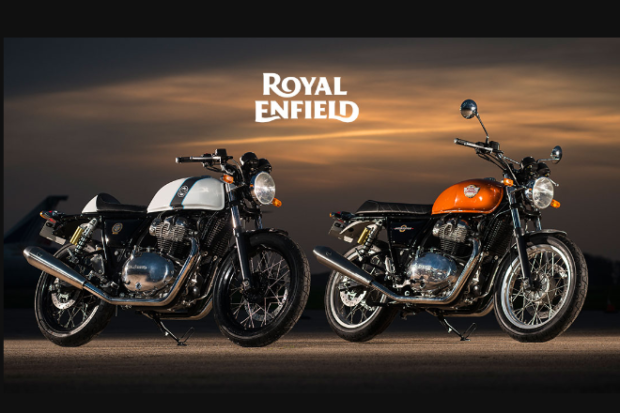 The Royal Enfield Continental GT 650 and the Interceptor 650 are months away from hitting Indian streets, with a launch for the twins set for November 2018. Now, Royal Enfield have strayed a little from their early 2018 launch timeline but have assured that the additional time has gone in ensuring, that there were no unrealistic delivery delays as well as ensuring that the first batch of products was a testament to build quality. 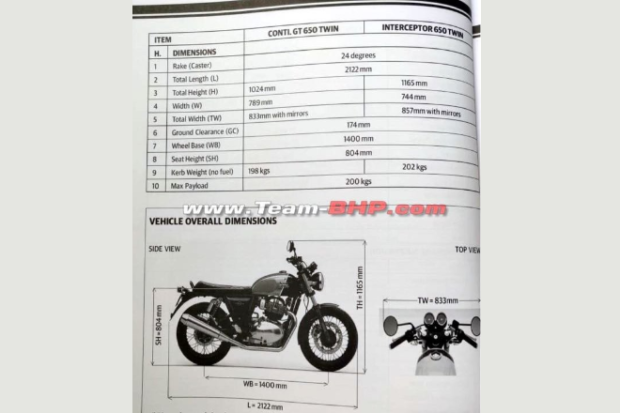 A leaked service manual from an internal service camp has emerged on Team-BHP. This leak was perhaps inevitable considering that adding a twin-cylinder motorcycle to their line-up means training the plethora of service staff from around the country for the repair and service of these motors. The manuals reveal that despite their displacement the Royal Enfield twins will be comparatively light motorcycles, the GT 650 tips the scales at a meagre 198 kilos, while the Interceptor is likely to tip in at 202 kilos.

Royal Enfield Interceptor, GT650 could spell the end of RE’s quality and reliability problems: Here’s why

Both bikes will be rated to carry up to 200 kilos. Now, this lightweight construct on the motorcycles is courtesy new Chassis by; the recently acquired Harris Performance. To put that in perspective, the Classic 500 which is a single cylinder motor with less displacement weighs 190 kilos. Interestingly, neither the Continental GT650 nor the Interceptor will have kickstarters relying solely on thumb starts. 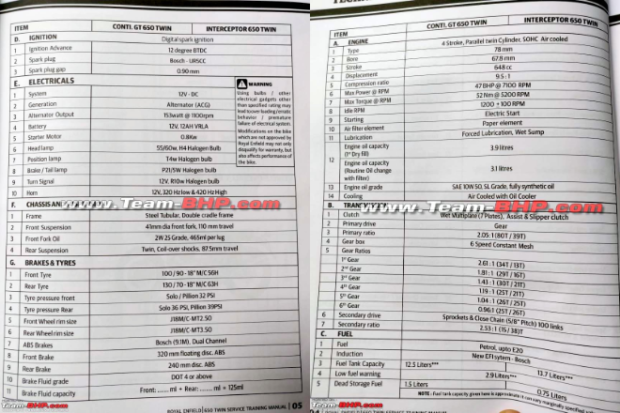 Also Read: Why we think Harley-Davidson needs to be worried about Royal Enfield!

Another interesting facet is the fact that the twins will ditch the LED brigade for more traditional halogen lights. Both bikes will be powered by the new Royal Enfield 650cc Parallel Twin motor that makes  46 hp and 52 Nm of torque mated to a 6-speed gearbox which is also a first to be seen on a Royal Enfield model. We expect both bikes to be priced between 2.9 lakhs to 3.20 lakhs depending on the model and trims.