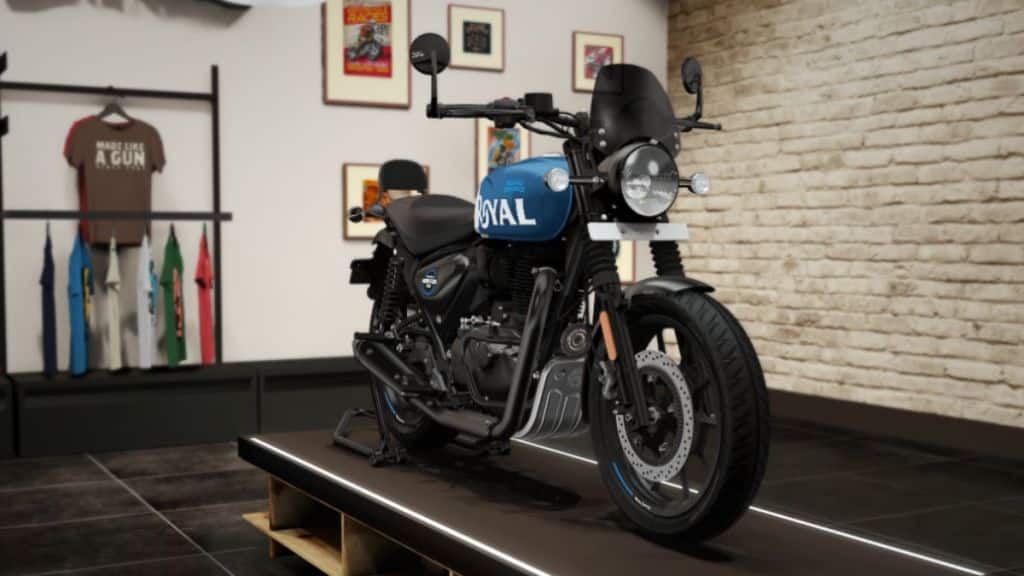 The newly-launched Royal Enfield Hunter 350 is RE’s entry-level offering in India, and the motorcycle is a great platform for those looking to step into the world of long-stroke, single-cylinder motorcycles without the chrome and bling.

In terms of upgrading the looks of the new Royal Enfield Hunter 350, the motorcycle manufacturer offers black LED blinkers, bar-end mirrors, touring mirrors finished in black, a bench seat, tinted windshield, and black or silver oil-filler caps. Royal Enfield also offers a tail-tidy as an official accessory, for which the prices will be announced soon. The pricing of each item is listed below.

Luggage, maintenance, and protection upgrades for the Hunter 350

Royal Enfields have always been known for touring in India, although bigger motorcycles in the market have replaced the single-cylinder REs. However, Royal Enfield has kept the larger market in mind and offers a host of luggage and protection accessories for the new Hunter.

Looking at luggage accessories for the Hunter 350, Royal Enfield offers a 12.5-litre black commuter pannier that mounts on a pannier rail, both of which are sold separately. Moreover, the panniers are available with waterproof inner linings, and a choice of two covers for the motorcycle.

Protection accessories include large or compact engine guards both finished in black, a sump guard, and a soon-to-launch black sump guard.