The two new Revolt dealerships will open in the city of Kochi and Thrissur and are part of the company’s plan to have 40+ dealerships by the end of the year. 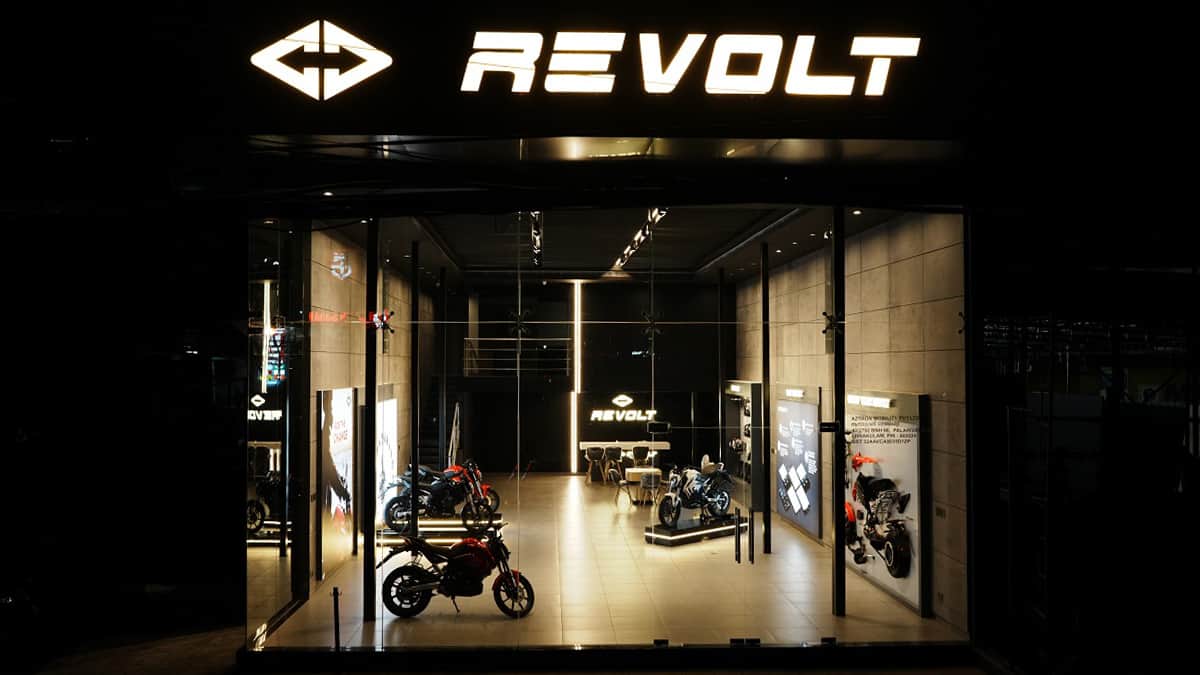 Electric two-wheeler maker, Revolt Motors has announced the opening of two new retail stores in Kerala. These will be the company’s first few dealerships in the state, taking the total tally of dealerships across India to 25. By the end of 2022, Revolt plans to open more than 40 stores across the nation.

The two new stores have been planted in Kochi & Thrissur. The store in Kochi is located at 40/279 B, NH66, Palarivattom , Palarivattom Over Bridge, Ernakulam. Meanwhile, the second store is located at 14/3A(1), Guruvayoor Road, Puzhakkal, Ayyanthole PO, Thrissur – 680003. The stores will not only act as sales points for the company but also as experience centres. Customers will not only be able to take test rides of Revolt products but also go through the design and the charging process. Revolt Motors already has a strong presence in states like Bihar & Andhra Pradesh.

Kerala has recently occupied the second position in the State Energy and Climate Index list prepared by NITI Aayog showcasing the preparedness and environment-friendly approach of the state. Adding to this, the Kerala state government inaugurated up to five EV charging stations in Ernakulam as a part of its EV policy in April 2022.  Under the new policy being developed & implemented, Kerala has also begun steps to manufacture lithium-ion batteries for electric vehicles and aims to provide maximum assistance to those planning to manufacture electric vehicles encouraging the use of EVs across the state.

The company’s flagship product is the RV400 which comes with a 3kW motor, powered by a 72V, 3.24KWh Lithium-Ion battery. Top speed of the vehicle stands at 85kmph. The bike can be operated through the MyRevolt App, which offers connectivity features such as bike locator/Geo-fencing, customized sounds that you can change with just a tap on the screen, complete bike diagnostics, battery status, historical data on your rides and KMs done, and also the option of locating the nearest Revolt Switch Station to swap your Revolt’s battery at and be on-the-move in less than 60 seconds. Revolt RV400 also features three riding modes – Eco, Normal and Sport. The suspension setup consists of USD forks up-front and a fully-adjustable monoshock at the rear.