The new TVS Apache 160 will share its design and some features with the Apache RTR 200. It is also expected to get a new 160 cc engine. TVS Motor has been working on a new Apache 160 model that will soon join the Apache range in India. Recently, the TVS Apache 160 has been spied testing by YouTube motovloggers – The Gearhead Bureau, which indicates that the two-wheeler manufacturer will update the existing Apache RTR 160 motorcycle with new features as well as a new engine. The new Apache 160 will compete with the likes of the newly launched Bajaj Pulsar NS160, the Suzuki Gixxer, Honda Hornet and the Yamaha FZ-S FI V 2.0 in the sub 150cc segment. Although there is no badging on the body of the motorcycle, but the design and styling are similar to the existing 160 model. It will also take its design inspiration from the Apache 200. As per the spied images, the Apache 160 is expected to be equipped with features such as telescopic forks at the front, rear monoshock suspension, front disc brake and rear drum brake.

The new TVS Apache 160 will feature LED headlamp with two pilot lamps, LED tail lamp, under-seat silver body panel on the sides, sculpted and longer seat for enhanced riding comfort. It will also be equipped with slimmer tyres than the present model, which seems to be a step in favour of fuel-efficiency. The exhaust pipe and instrument cluster with a backlit display will be similar to the present 200cc Apache. 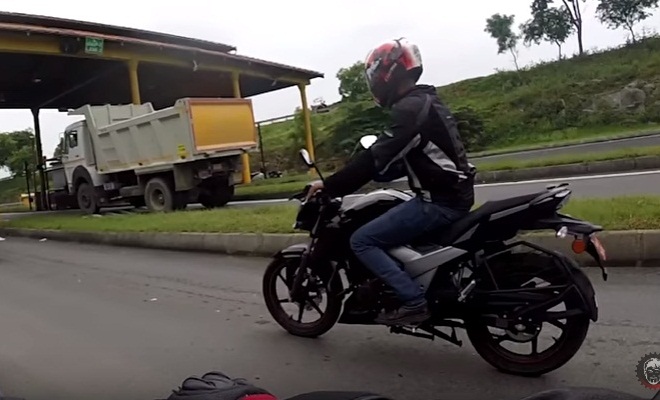 Watch the video of the TVS Apache 160 here:

The updated Apache 160 is expected to get its power from a new 160cc air-cooled, single-cylinder engine, which is capable of delivering more power than the current model. It is expected to produce about 16 hp of power and between 13 to 14 Nm of torque and will be paired to a standard 6-speed transmission. 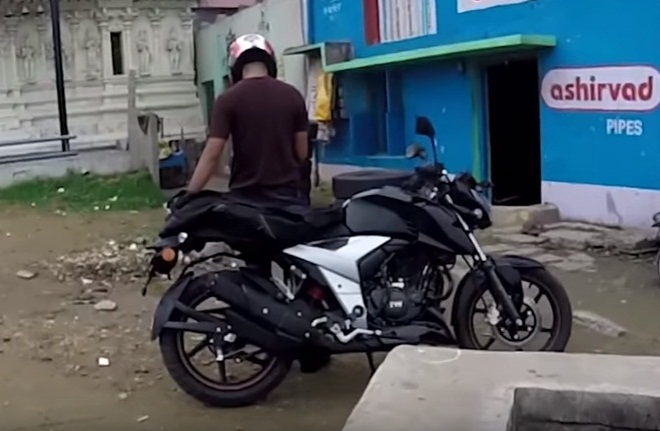 As of now, there is no information on when the motorcycle will be launched in the country, but we expect it to be introduced this year with a starting price tag of Rs 80,000, ex-showroom.