Marc Marquez takes his fourth world championship title, while his only Ducati rival went down languishing behind his own teammate in an intensely drama-filled final 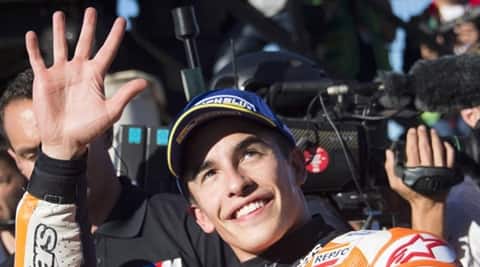 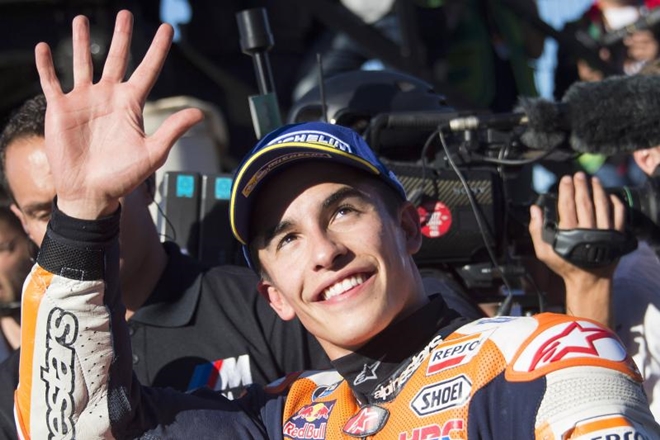 After what turned out to be one of the most dramatic finals in MotoGP in the recent past, Marc Marquez made it over the line in third place to be crowned 2017’s MotoGP champion. Making him the youngest ever rider to win four premier class titles and six World Championships over all classes, in period literally spanning ten years. All honours for Valencia GP, although, will go to Marquez’s team-mate Dani Pedrosa who crossed the line in first place, snatching the race back from the sensational rookie Johann Zarco on the Monster Tech 3 Yamaha. Hearts of the fans and the MotoGP enthusiasts went out to the sensational Andrea Dovizioso and of course Ducati, with Andrea Dovizioso — Marquez’s only title challenge for 2017r–  going down on the gravel at Turn 8 with six laps to go. Starting in 9th place he needed an overall win to claim his title. Ironically reaffirming Ducati’s dashed title dream, the Italian’s team-mate also came off his motorcycle on turn 5 on the same lap as he held third place ahead of Dovi.

Lorenzo held fourth place ahead of Dovizioso for much of the race, casually choosing to ignore repeated messages to move and allow his team-mate — Mind you the only one of the two in actual contention for the championship!! — denying Dovi the opportunity to get behind Marquez and get some extra pressure from behind Marquez.

Even the newly crowned champion Marc Marquez wasn’t spared Valencia’s drama, as he saved a huge moment as he ran wide, brakes squeezed shut, after passing Zarco with 8 laps left. Marquez literally fought physics itself to stay on his Repsol Honda there but lost a lot of time rejoining the race in fifth place.

Once Marc Marquez had word that Dovizioso was out of contention, he settled in behind Zarco for a cool third place to take home the bigger Trophy.

However up ahead a battle Royal between new and the old guard raised, Zarco the sensational rookie vs Dani Pedrosa, now unchained from his Duties to his team-mate. (ahem, Dear George!). Previously Pedrosa acted buffer holding off the Ducati boys. Zarco could taste his maiden win at the premier class, but Pedrosa needed his day in the sun much more. Proving again why he still deserves to be in the alpha pack. Pedrosa stayed behind Zarco in the lead for a long time in the race, overshooting on his first pass attempt. His next move however stuck, as he went for a spot on the brakes at Turn 1, and defended his new position through the turn-2 trickery.

He then kept the rookie at bay winning the race by a sensational 3 tenths of a second!