Mahindra GenZe electric two-wheelers considered for India, might debut in 2019

GenZe was conceived in Silicon Valley and offers an innovative and connected product suite of electric scooters as well as e-bikes which are well accepted in USA. 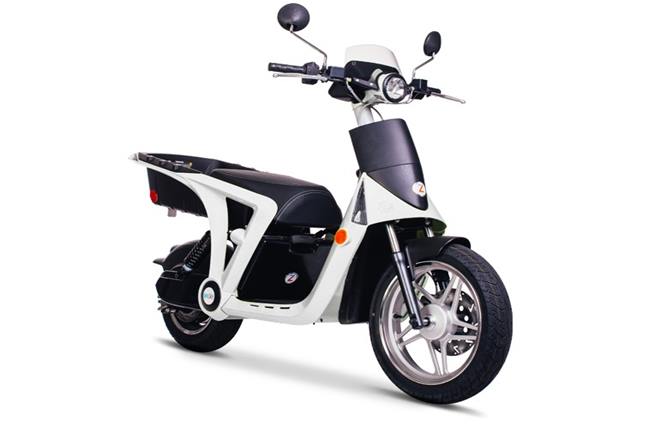 Mahindra & Mahindra owned U.S based electric two-wheeler company GenZe might soon be launched in India and other emerging markets confirms the company as per a report in Times Of India. Currently, the GenZe electric scooters and e-Bikes are on sale in the U.S market. In a statement, the company said that “As a group, we are already a major player in the electric two-wheeler industry through our group company, GenZe, in the US. In fact, we are the first Indian company with a global electric two-wheeler product. GenZe was conceived in Silicon Valley and offers an innovative and connected product suite of electric scooters as well as e-bikes which are well accepted in USA. We are exploring other markets, including India, however, we cannot comment on the timing, investments or the product specs.”

The government’s big electric push has seen many new entrants in the electric vehicles space and company’s like Tata Motors is readying electric cars and in the two-wheeler space, electric company’s like Hero Electric and Okinawa have planned big investments to increase its electric product range. Mahindra has been venturing into the electrical space for a long time now and certainly has the products globally to make an immediate impact especially on the electric two-wheeler space with its GenZe brand. While the company is still exploring the possibility of GenZe’s India debut, the company did not share any timelines, product information or any other details on the investment front.
Mahindra says, the name GenZe references both future generations and those who believe in the future of electric vehicles. The company was conceived in Silicon Valley in the U.S, But the manufacturing and assembly is performed in Michigan. Each of the GenZe’s electric scooter and a bike is hand-assembled and road-tested.

The big push in electric mobility is just not restricted to cars. We have seen company’s like Tata Motors and Ashok Leyland testing and launching electric buses. Recently, Tata Motors began trials of its electric bus in Guwahati. Mahindra has the e-Supro electric light commercial vehicle in its portfolio. Indian electric two-wheeler manufacturers like Hero Electric is targetting sales of about 2.20 lakh units by 2022-23. Okinawa Autotech that currently sells its Ridge electric scooter and plans to invest Rs 300 crore in next two years and hopes annual sales of about 12,000-14,000 units. India’s largest two-wheeler manufacturer Hero MotoCorp has backed Bengaluru based start-up Ather Energy by investing Rs 205 crore and picking up about 26-30% stake in the young electric two-wheeler venture.

TVS Motor company too has confirmed an electric scooter which will roll out in 2018.

The electric space is too big and wide and every manufacturer to ignore or not getting in. With government’s banking this expects the electric vehicle space to be the next big thing and a talking point for at least a decade.