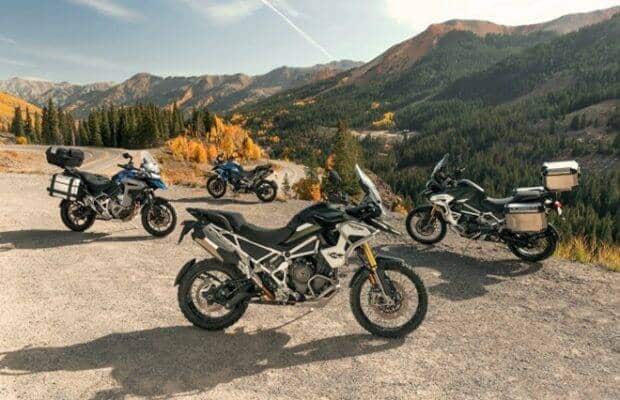 The cat is finally out of the bag! Triumph Motorcycles decided to end the year on a stunning note as they have revealed the much-improved version of their biggest and meanest ADV – the Triumph Tiger 1200. The new 1200 range comes in a total of five variants namely GT, GT Pro, GT Explorer, Rally Pro and Rally Explorer. The new model gets a new fascia that is instantly recognisable, all thanks to a horizontal DRL that has replaced the brow-style LED DRLs. Coming to the powertrain, the Triumph Tiger 1200 range draws power from a new 1,160cc inline three-cylinder engine that now produces 150 hp of power at 9000rpm along with a peak torque of 130Nm at 7000rpm. That said, this is an increment of 9 hp and 8Nm compared to the previous model.

Not only this, but the new Tiger 1200 has also managed to save an impressive 25kg of weight, out of which 5.4kg of weight-saving only comes from the lighter frame and the bolt-on aluminum subframe. That said, the Tiger 1200 now tips the scales at 240kg for the GT and 265kg for the Rally Explorer. Triumph Motorcycles says that the uneven firing order on the new Tiger 1200 improves low-end tractability for off-roading without a compromise on the top-end grunt that is beneficial for highway touring. 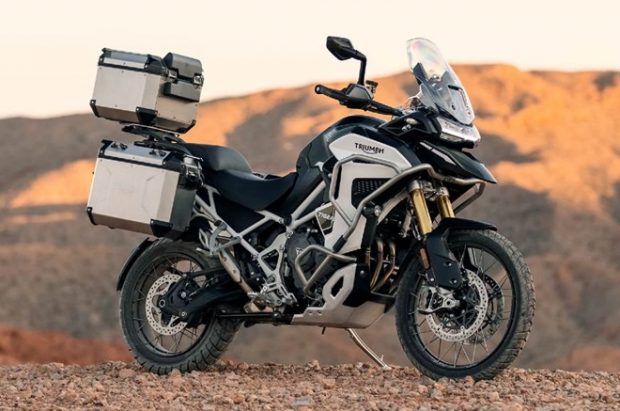 The suspension set up on the Tiger 1200 comprises Showa semi-active suspension while the stopping power is thanks to Brembo Stylema calipers. The new 2022 Triumph Tiger 1200 range uses a 19/18-inch alloy wheel set up for the GT and 21/18-inch spoke wheel setup for the Rally versions. The seat height for the GTs range from 850mm to 870mm while that for the Rally Pro and Rally Explorer are from 875mm to 895mm. Now, one of the key highlights of the new 2022 Triumph Tiger 1200 is the new Blind Spot Radar system and Lane Change assist that has been developed with Continental. However, this is reserved just for the Explorer models. 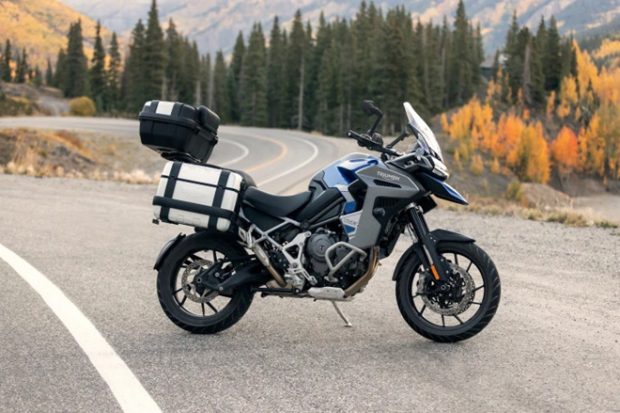 The Explorer models come with a reasonably large 30-litre fuel tank against a standard 20-litre unit on the rest of the models. The new Tiger 1200 will be a direct rival to the likes of the BMW R 1250 GS in the high-end, full-fledged ADV segment. India launch of the new bike is expected to take place during the initial months of 2022. Stay tuned with Express Drives for more updates and also, subscribe to our YouTube channel for the latest auto news and reviews.