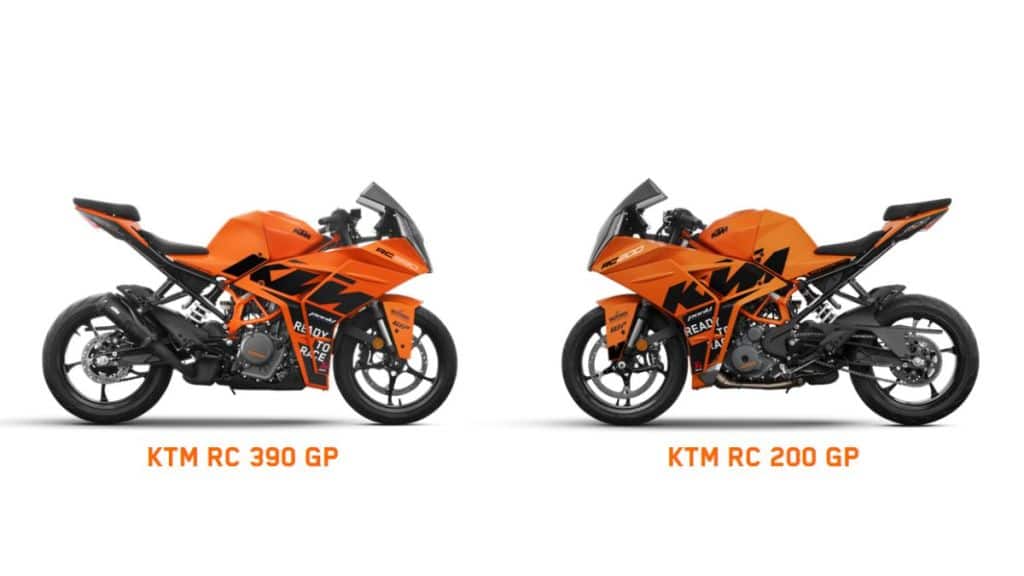 Austrian motorcycle manufacturer KTM has announced the launch of the RC 390 and RC 200 GP edition in India, inspired by the KTM Factory Moto GP racing motorcycles. The KTM RC 390 and RC 200 are priced at Rs 3.16 lakh and Rs 2.14 lakh respectively, ex-showroom.

The new special edition KTM RC 390 and RC 200 will be sold alongside the existing RC range, priced identical to the regular versions, meaning they do not carry an extra premium.

Styling updates on the new special edition KTM RC GP range include an orange finish with special decals on the fairing and the front fender of the motorcycles. Apart from this, the motorcycles remain mechanically identical to the regular versions.

Speaking of mechanicals, the KTM RC 390 is powered by a 373 cc, liquid-cooled single-cylinder engine that makes 43 bhp and 37 Nm of torque with the help of a six-speed gearbox. KTM offers a quick-shifter as standard and the recent update has given the RC 390 a TFT display, similar to the one on the 390 Duke.

Also, speaking about equipment, both motorcycles, the KTM RC 390 and the RC 200 get USD forks, a monoshock at the rear, disc brakes at both ends with dual-channel ABS, LED headlights, 17-inch alloy wheels, LED lighting, and clip-on bars. The RC 390 also gets a traction control system and cornering ABS, making it the most tech-loaded motorcycle in the segment.