‘Jawa’s delivery issues are over, we are getting excellent reviews’

Ashish Joshi, CEO, Classic Legends, in an interaction with FE, says the company has ramped up production and is in the process of expanding network to sort out delivery related issues. 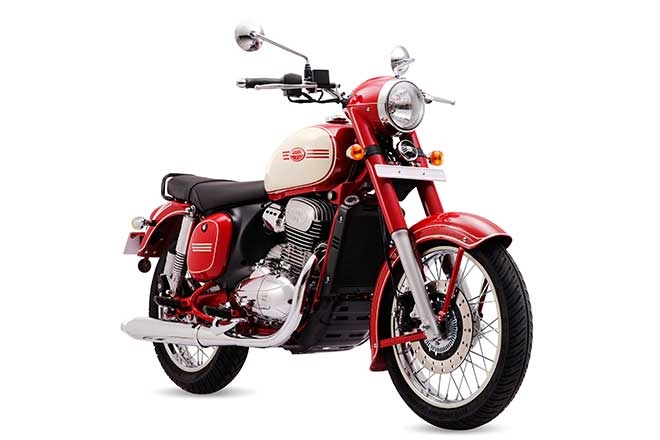 Mahindra & Mahindra-owned Classic Legends, which sells Jawa Motorcycles, has received more flak than praise for long waiting periods of over 8-9 months for delivering two bikes launched last year. Ashish Joshi, CEO, Classic Legends, in an interaction with FE’s Pritish Raj, says the company has ramped up production and is in the process of expanding network to sort out delivery related issues. Excerpts:

Jawa bikes came as a strong alternative to Royal Enfield and received phenomenal customer response. Yet stretched waiting periods are believed to have made the customers unhappy. How do you view this?

We are not denying that waiting period had been an issue but that was for a reason. We were in the process of integrating suppliers with our production plan as customers didn’t need just the bikes, they needed a good experience. I could have delivered them on time, but what if due to lack of some essential parts, customers had to face issues. Now we have completed our production ramp up and suppliers are also aligned with our output plans. I don’t think there should be any similar complaints in future.

Still, social media is abuzz with queries on delivery. As it happened in the case of MG Motor, long waiting periods led to lots of booking cancellations. Don’t you think issues like this lead to a situation when customers start losing interest?

To be honest, we too had some cancellations, but that is very miniscule compared to the overall demand that is there for the Jawa bikes. Since we are somewhat comfortable production-wise, the waitlist has come down to 5-6 months now compared to 10-11 months when we started last year. We ourselves contacted the aggrieved customers and promised them `500 for each day the delivery got delayed, which was paid.

Isn’t there a risk of losing the battle even before getting into the battlefield, as your competitors would see an opportunity here?

Firstly, Jawa has a legacy; so one who wants it only wants it. However, it is important to understand that even though we are backed by big companies, we are still a start-up. Having said that, the internal sales estimates we had initially, fell short of the response we got from the market. We should have expected more and be prepared for it. Nonetheless, the issues are over and its time to give an exceptional experience to customers of owning a Jawa brand. Most of the early stage bookings have been fulfilled and we have got excellent response or reviews.

How has the slowdown in two-wheeler sales affected you?

I don’t think we had any impact, firstly because we did not have the baggage of inventory and secondly there is no year-on-year comparison that can be done for us. With every new booking, we are just growing from the previous day.

Since Jawa does not reveal sales or production numbers, there is a lot of ambiguity regarding the performance of the company vis-à-vis other brand. Is it for competitive reasons and is it a right business approach?

We haven’t revealed numbers doesn’t mean that we will never do that. We have our internal business plans and we are in the process of integrating them. The numbers will be shared soon when we feel it’s the right time for a better understanding.