Yamaha R1 draws power from a 999cc, inline four-cylinder engine mated to a six-speed transmission system, producing 197 hp of power while the peak torque output is rated at 112 Nm. Watch the complete video of the biker touching nearly 300 kmph on Bengaluru roads below. 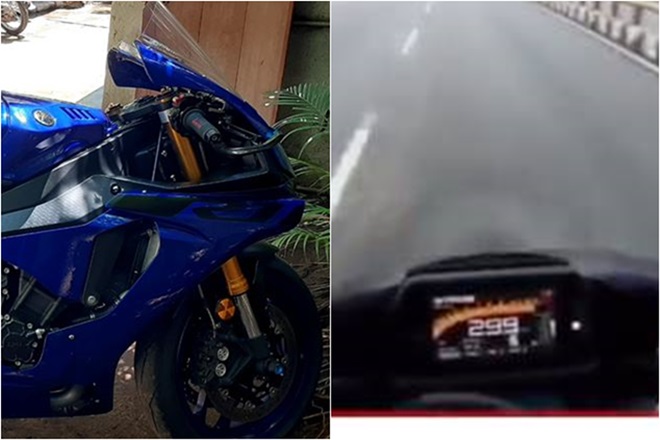 During the ongoing lockdown in Bengaluru, while most of the people are in their homes in order to prevent the spread of Covid-19 pandemic, this biker thought otherwise and decided to step out. Recently, a video is doing rounds on the web in which one can see a Yamaha R1 rider touching insane speeds on public roads. The said biker was later arrested by the Bengaluru Police after he touched speeds of nearly 300 kmph on the Electronic city flyover in Bengaluru. Sandeep Patil, Joint Commissioner of Police (Crime) says that the rider was traced and his 1,000cc Yamaha R1 has also been seized. According to the police, the video was uploaded on an Instagram handle namely bluebeast46 on 5th July.  With over 9,000 views on the said video, the channel has posted similar videos in the past as well.

Bengaluru police arrested a person who rode a bike at a high speed of almost 300 kmph on Electronic city flyover during the lockdown. The video was viral on social media. Central Crime Branch Police traced the rider and seized the bike-Yamaha 1000 cc. pic.twitter.com/tVg2cxVVEP

The CCB police has registered a case against the biker and handed over to the Bengaluru Traffic Police for further investigation. Since 15th July, Bengaluru has been under a strict lockdown with the rise in Covid-19 lockdown across the city. Now coming to the motorcycle itself, the Yamaha R1 is currently the flagship motorcycle in the company’s line up for India. The bike is powered by a 999cc, inline four-cylinder engine mated to a six-speed transmission system. The fuel-injected motor is good for developing 196 hp of power while the peak torque output is rated at 112 Nm.

With the Gentlemen’s agreement that was signed among the bike manufacturers in the interest of public safety, the top speed of big bikes was limited to 300 kmph starting with the year 2000 models. The Yamaha R1 is one such bike and hence, if you are wondering about the top speed of the motorcycle, now you have the answer. Stay tuned with Express Drives for more such updates! Also, subscribe to our official Express Drives YouTube channel.