How does a slipper clutch work? How it can make you faster and safer on a bike

The slipper clutch has, in fact, become quite a selling point for several performance motorcycles on sale in India today. But what does it do exactly? How does it work? Allow us to break it down. 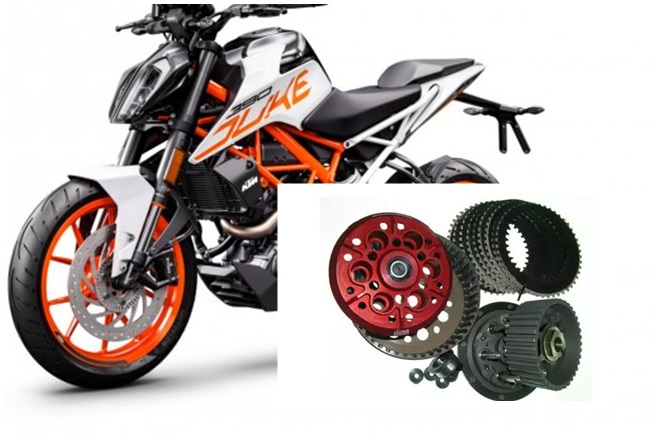 The Indian two-wheeler market has been flooded with motorcycles under 400cc lately. These mostly make the ‘big bikes’ on our streets since middle-weights and litre-classes are still out of reach for most. Keeping engine and power aside for a bit, these under-400cc motorcycles come with tech and equipment similar to their bigger cousins, such as a ride-by-wire throttle or a slipper clutch. The slipper clutch has, in fact, become quite a selling point for these motorcycles. But what does it do exactly? How does it work? Allow us to break it down.

What is a slipper clutch?

If you have ridden or if you own a high revving motorcycle, you must be aware of what is called engine braking, which causes negative engine torque during high-speed downshifts. Or in other words, when you’re speeding and you shift to lower gear and the bike feels like it’s being pulled back without the rider having to touch the brakes.

Some riders use engine braking to slow down, which actually reduces brake usage and the brakes last longer. However, it does strain the clutch plates a bit. But it can be dangerous if one doesn’t know how to use it or if there’s an accidental downshift.

This where the slipper clutch (or back-torque limiter) comes in. It is designed for bikes that are more performance oriented. Its sole aim is to reduce the effect of engine braking when the rider happens to decelerate.

The braking force is transmitted through the chain drive to the rear wheel causing it to shake or lose traction. The slipper clutch is designed to partially disengage or ‘slip’ when the rear wheel tries to drive the engine faster than it would under deceleration. In very simple terms, a slipper clutch disengages or ‘slips’ until the engine and wheel speeds are compatible.

A slipper clutch is welcomed by those into track riding as it allows aggressive deceleration without the wheel losing traction and it ensures the gearbox is not damaged while shifting a few gears at a time.

While slipper clutch sounds like a shorthand way of saying slip-assist, but they are actually different. A slip-assist clutch also does what a slipper clutch does but along with that, it also allows a lighter pull on the clutch lever.

Another important use of the slipper clutch is that it can also prevent a catastrophic rear wheel lockup in case of engine seizure.

Advantages of a slipper clutch

– A slipper clutch reduces the effects of engine braking, preventing sudden forces to damage the transmission hence improving its longevity.

– A slipper clutch allows the rider to concentrate on other things like body posture or others and now worry about accidental downshifts.

– It can prevent a major crash as a slipper clutch can prevent the rear wheel from locking up in case the engine seizes.

Disadvantages of a slipper clutch

– Some riders will argue that sometimes you need engine braking to slow down, especially if we’re talking performance riding.

– A slipper clutch has more of a complex structure than a conventional clutch and hence it is more expensive to have one of these on your bike. But then they do come with their own advantages.

Also read: Rise of the 300cc motorcycles and how Indians got their first ‘Big Bike’ feeling

– If a slipper clutch isn’t adjusted properly, it won’t deliver the desired results. So leave the adjustment of your motorcycle’s slipper clutch to the experts.