Expected price at around Rs 1.7 lakh, the new roadster could be the most affordable motorcycle in Royal Enfield’s portfolio. 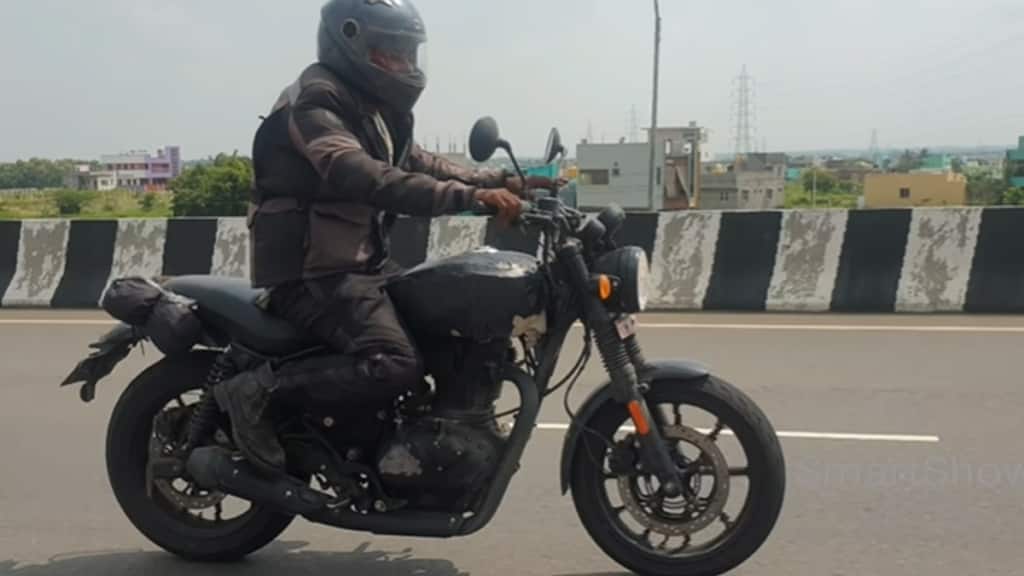 Royal Enfield Hunter 350 to get Metro and Retro variants.

It’s an open secret. Royal Enfield is working on a new product, the Hunter 350, which is aimed to give it a strong footing and bring in a new breed of customers to its foray. With the media ride for this new motorcycle slotted for August, Express Drives has learned that the soon-to-be-launched roadster is expected to come in two variants – Metro and Retro.

Moving on to the two trims, the fully-loaded Metro will be equipped with a dual-channel ABS, and a 300mm front disc and 270mm disc at the rear. The Retro, on the other hand, will come with single-channel ABS, a combination of front disc and rear drum brakes. Both the versions will get 17-inch alloy wheels.

Unlike existing Royal Enfield models, the company has used a lot of plastic or fibre parts rather than metal, except for the fuel tank.

The Hunter 350 will be powered by a 349cc single-cylinder air-oil cooled engine that will have an output of 20.2bhp and 27Nm of torque. It will be mated to a 5-speed transmission. The engine is the same that also powers the Classic 350 and the Meteor 350. According to our sources, the Hunter 350 will borrow the suspension setup from the Meteor 350. It’s expected to have 41mm telescopic front forks and a 6-step rear suspension spring preload setting.

Royal Enfield will offer the Hunter 350 in eight different colour options, including three customisable options. The new roadster might also come with the Tripper Navigation pod as an accessory.

The Hunter 350 is likely to be launched in the August-September period at a tentative on-road price of around Rs 1.7 lakh.

The Hunter 350 will take on the Honda CB350RS, Jawa Forty Two and Yezdi Roadster.